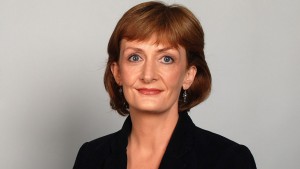 We’re very pleased to be welcoming Rachael English to our blog today. As part of her blog tour for her new release, Going Back, she chats to us about Going Back, music and memory.

She closed her eyes as tightly as possible, so tight that the blackness faded to a caramel brown, the way it had done when she was a schoolgirl and the class were told to put their heads on the desk and go to sleep. She pretended she was on her own. Music spilled in from one of the other apartments: Tracy Chapman, ‘Fast Car’. She must have heard it a thousand times that summer.

This morning, I sent a hundred dollars to Stephen Sondheim. Not, I suspect, that one of the world’s most accomplished composers is in urgent need of money; it was payment for permission to use lyrics from one of his songs in my next book. Anyway, it got me thinking about music and songs and about the role they can play in books, especially when it comes to their power to bring you back to a certain time and place.

My book, Going Back, is a story in two parts: the first half is set in Boston in 1988, the second in present-day Dublin and Boston. For the early chapters I needed to evoke what it was like to be young and Irish in America at the end of the 1980s. I was helped by the fact that I did spend the summer of 1988 in Boston, so, to begin with, I wrote a list of all the things I remembered about those months.

The big stuff was easy; in no time at all, I’d scribbled down pages of notes about my job, END_OF_DOCUMENT_TOKEN_TO_BE_REPLACED

Going Back Blog Tour – Win A Copy Of The Book. 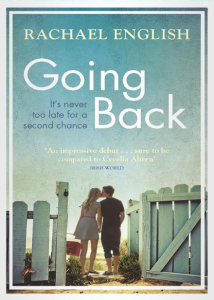 Win a copy of Going Back by Rachael English.

To celebrate the release and blog tour of Going Back, we have three copies of the book to give away, thanks to Rachael and Orion.

Comment on this post with your name and county. UK and Ireland only. The closing date will be Wednesday 28th May 2014 at 23.59. The three winners will then be chosen at random from the entrants and announced on the Novel Kicks blog on Thursday 29th May 2014. Winners will also be notified by e-mail.

How do you know where you belong?

In June 1988, Elizabeth Kelly’s parents think she belongs at home in Ireland. Her boyfriend is certain of it. Unwilling to settle down just yet, she decides to spend the summer in Boston with her college friends. But the next four months change all of them, especially Elizabeth. Quiet and dutiful at home, she surprises herself and everyone else by falling for Danny Esposito, a restless charmer with a troublesome family. END_OF_DOCUMENT_TOKEN_TO_BE_REPLACED

Going Back by Rachael English.

How do you know where you belong?

In June 1988, Elizabeth Kelly’s parents think she belongs at home in Ireland. Her boyfriend is certain of it. Unwilling to settle down just yet, she decides to spend the summer in Boston with her college friends. But the next four months change all of them, especially Elizabeth. Quiet and dutiful at home, she surprises herself and everyone else by falling for Danny Esposito, a restless charmer with a troublesome family.

More than 20 years later with opportunities in Ireland scarce once again, a new generation looks to America, awakening memories of a golden summer for their parents. When a crisis occurs, Elizabeth returns to Boston where she is drawn back into the life she once lived. But will she be able to reconcile the dreams of her 20-year-old self with the woman she has become?

This book interested me when I read the blurb and it was a story I got engrossed in very quickly, reading it in almost one sitting. It does jump around a little between characters but once I was used to that, I flew through it.

Elizabeth sounds a little like me when I was her age in that I was a serious person so I could relate to that. Her behaviour is a little questionable END_OF_DOCUMENT_TOKEN_TO_BE_REPLACED