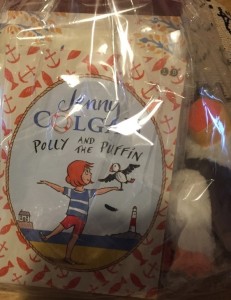 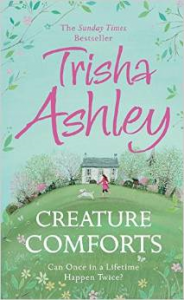 I am always excited to receive a new novel from Trisha Ashley and this is no exception. It’s due to be released on 26th February. We will also be taking part in the blog tour for this book at the beginning of March.

Izzy has broken off her engagement to her feckless fiancée Kieran and returned to her childhood home – the sleepy village of Halfhidden.
She soon realizes that life in the village is anything but peaceful – for one thing she’s living with her mad aunt Debo and her pack of dogs, and for another, Izzy has a lot of unanswered questions. When she was a teenager, Izzy was involved in a terrible accident, involving various inhabitants of Halfhidden. As she sets out to discover what actually happened on the night of the accident, she realizes that her painful past is actually standing in the way of her future happiness. 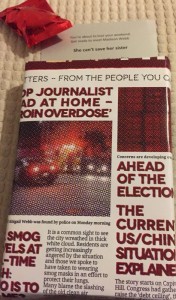 The 3rd Woman by Jonathan Freedland.

This book is intriguing me already as it arrived wrapped in a customised newspaper. It also was accompanied by a fortune cookie.

Which new releases are you looking forward to this year?