Blog Tour: Would Like To Meet by Polly James – Polly’s Writing Routine and Review 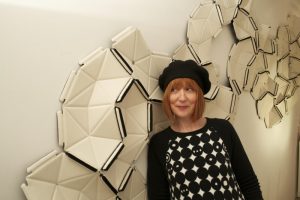 I’m pleased to be welcoming Polly James to the blog today and the blog tour for her new novel, Would Like To Meet which was released by Avon on 30th June.

Could the worst thing that’s ever happened to Hannah Pinkman also turn out to be one of the best?

She and her husband Dan have reached the end of the line. Bored with the same gripes, the same old arguments – in fact, bored with everything – they split up after a trivial row turns into something much more serious.

Now Hannah has to make a new life for herself, but that’s not easy. She’s been so busy being a wife and mum that she’s let all her other interests slip away, along with her friends. And when Hannah is persuaded to join a dating site, her ‘best match’ is the very last person she expects it to be . . .

A clever, funny and poignant novel about life after a long relationship, the importance of friendship, and rediscovering your identity.

I’ve reviewed the book below but first, Polly what’s your writing routine like?

Every night, I write in my diary just before I go to sleep, and the day’s entry always ends with this identical note to self: “FFS. Get a grip”.

That gives you some idea of how effective my so-called ‘routine’ is – or ineffective, to be more accurate. I even contemplated lying about what it really involves when you asked this question, because it’s so ridiculous, but then I decided not to be a hypocrite. I usually try to write about life with what’s been described as “fearless frankness”, so on that basis, here you are: the horrible, unvarnished truth.

Hannah and Dan were once happily married but now, years later something is not quite right and after a row escalates after starting over a reality TV show things come to a head and Hannah and Dan go their separate ways.

Now Hannah finds herself alone, in a job she hates and working for a woman she doesn’t like very much. 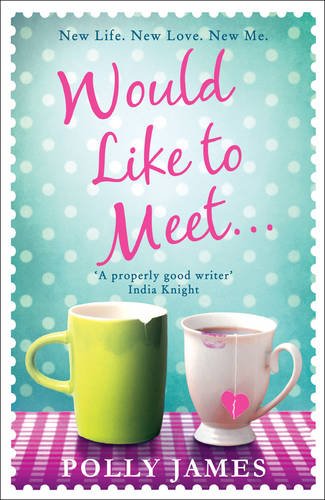 However, with help from her Aunt Pearl and her new best friend Eva, Hannah begins to give things a go she wouldn’t have contemplated whilst being with Dan. This includes internet dating. This doesn’t go well until the online dating site pairs her up with someone very familiar.

I was a fan of Polly’s writing having read her debut novel, The Diary of an Unsmug Married. However, even if I hadn’t read it, The cover for this book would immediately make me pick it up off the shelf. It’s so cute (and seriously, you had me at the tea cups.)

Hannah I think is a character many women can empathise with and is, in my opinion a very sympathetic character (although sometimes her own worst enemy.) I found myself connecting with her in a way I didn’t think I would. We see Hannah go through the various stages of a break up after a long marriage  and in some realistic ways. Hannah can see herself potentially finding some courage she didn’t believe she had.

Pearl and Eva are great supporting characters. Some of the things Eva and Hannah say in the novel had me laughing out loud. Joel was also a great character and he reminded me of some of the boys I knew when i was his age.

The plot had some lovely tender moments as well as some very humorous ones. There were some unexpected moments and I didn’t know how the book was going to end which was great. It didn’t make the book predictable (it is easy for internet dating stories to be predictable which this one isn’t.) It covers a large chunk of a few months without it feeling as though the story is dragging. There wasn’t a moment in this book that felt like that for me.

Polly’s way of writing is so charming. She writes with such warmth and humour and I really found myself engrossed in this book. Would Like To Meet is a fantastic book with great characters and has a realistic feel to it.

I loved this book. Perfect for summer.

The blog tour continues tomorrow over at: http://tishylou.blogspot.co.uk 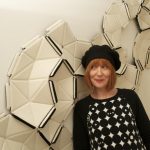 Polly James was born in Wales, but currently lives in East Anglia, where she works as a freelance writer and editor. She is married and has two (supposedly) adult children.

Polls writing career began when she gave up working for an MP and started a fictional blog called “Mid-Wife Crisis”, writing as the main character, Molly Bennett. The blog developed a large readership and was eventually shortlisted for the Orwell Prize.

“Diary of an Unsmug Married” tells Molly Bennett’s story, though Polly’s second novel “Would Like to Meet” features an all-new cast of characters and has a very different plot.