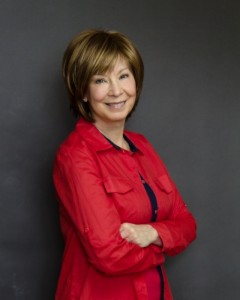 I’m thrilled to welcome author, Diane Chamberlain and her blog tour to Novel Kicks today. Diane is the best-selling author of The Silent Sister and The Dance Begins. Her new novel, Pretending to Dance was released by Macmillan on 8th October 2015.

About Pretending to Dance:

When the pretending ends, the lying begins . . . Molly Arnette is good at keeping secrets. As she and her husband try to adopt a baby, she worries that the truth she’s kept hidden about her North Carolina childhood will rise to the surface and destroy not only her chance at adoption, but her marriage as well. Molly ran away from her family twenty years ago after a shocking event left her devastated and distrustful of those she loved. Now, as she tries to find a way to make peace with her past and embrace a healthy future, she discovers that even she doesn’t know the truth of what happened in her family of pretenders.

To celebrate the release of her book, Diane has shared with us the twenty four things she’s learnt when writing a novel. Over to you, Diane…

My verdict on Pretending to Dance…. 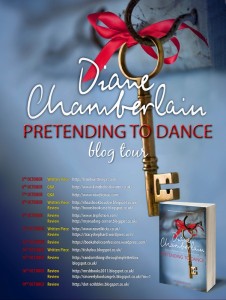 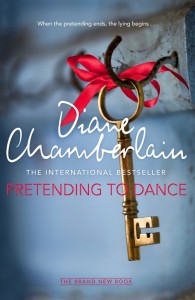 Molly is in her thirties. She is married to Aidan and they are trying to adopt a baby. However, there are things about Molly’s past that she doesn’t want Aidan to know about or anyone for that matter. Through flashbacks, we find out what happened when Molly was fourteen years old.

The premise for this story gripped me straight away and I was hooked from the first page. This was the first book I’ve read of Diana’s and her writing style is compelling. The story goes between each time frame with ease.

Molly is a little bit of a tortured character in that she’s harbouring a lot of anger and guilt over her father’s death and blames her mother for the event and blames herself for not being able to prevent it. She has not been back to her childhood home for years and all of that has just been left to fester. She is so worried about her past that she is scared to tell Aidan the truth.

I felt a little frustrated with fourteen year old Molly at times; at the decisions she was making and how she treated some of the people around her (almost taking things for granted) but I guess a lot of teenagers do that. She is blind to a lot that is going on around her.

However, I was interested to see how things would be resolved for Molly. She loved her father and I think she felt as though the people around him let him down.

There are a few twists and turns and things I didn’t expect. I almost read this in a day (bar the last four chapters – when i reluctantly had to sleep) and had been reading without realising how much time had elapsed. I was so engrossed in it.

It has interesting themes such as trust, love, betrayal and it looks at adoption in a sensitive way and does a good job at showing both sides of the story.

This is the type of book I eventually would love to write. This book is fantastic. Simple. I loved it. 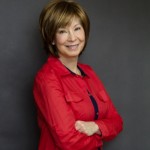 Diane Chamberlain is the bestselling author of twenty-four novels. Her storylines are often a combination of romance, family drama, intrigue and suspense. She lives in Northern Carolina with her partner, photographer John Pagliuca, and her shelties, Keeper and Cole. Visit dianechamberlain.com.

2 Responses to Blog Tour: Pretending to Dance by Diane Chamberlain