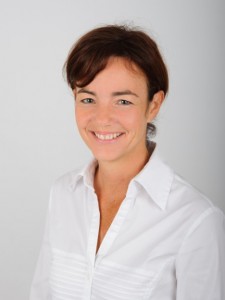 Kathryn Freeman made herself a new year resolution back in 2010 to make time to write her novel. Too Charming was released digitally by Choc Lit  in September 2013. Her new book, Do Opposites Attract? was released on 7th July 2014. We chat with Kathryn about her book,  her theme song and Scooby Doo…

Hi Kathryn. Thank you for joining us. First, can you tell us about your route to publication? How important was joining the RNA New Writers scheme to you?

At the time it felt as if my route was a long and bumpy one, going nowhere, but looking back now it could have been so much worse! I didn’t write my first book until around 5 years ago, but once I’d got the bug I couldn’t stop writing. Of course there followed several years of disappointments when I sent the first few books off to agents and publishers and the rejections flooded in. Then I did my research (umm, perhaps I should have done this first?) and sent the next two manuscripts to the NWS. That, I believe, was my turning point. I followed their advice and submitted the amended versions to Choc Lit – and was stunned and delighted when both were accepted.

Can you tell us a little about your new book, Do Opposites Attract?

The story line came from my desire to write about a rough, gruff hero who’d had a dubious upbringing but was trying to put it all behind him. He became Mitch McBride, Chief Medical Officer for a charity called Medic SOS who provide medical aid to areas devastated by a natural disaster. While he’s out working in a tornado hit part of South America, he meets Brianna Worthington, his opposite in every way.

Daughter of the charity patron, Brianne has beauty, privilege and a very healthy trust fund. Anxious not to become another rich lady who lunches, she takes her mother’s advice and travels to South America to find out what Medic SOS actually do. The attraction between them is instant, but is it enough to bridge the gulf between them?

Do you cast your characters and if so, who did you have in mind for Brianna and Mitch?

I don’t cast my characters, but I think Daniel Craig, wearing dark brown contact lenses, would be good for the part of Mitch. Brianna could perhaps be a brunette Nicole Kidman? 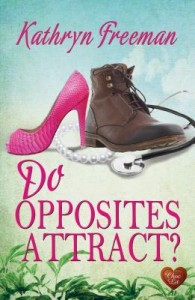 What word would best describe you?

I asked my family for advice on this one. The kids said, Mum. My husband said talkative.

What would be your theme song?

I love Don’t Stop Me Now by Queen and that’s how I feel at the moment. A wonderful family, a husband who supports my weird (he thinks!) desire to write romantic fiction and my first paperback book coming out. Yes, please, don’t stop me now…

Are you a planner and do you edit as you go? How long did it take you to write your novel?

I plan most of my book in my head before I put the outline and characters down on paper. When I start to write, the characters grow and become more vivid in my mind, making the story take some unexpected twists and turns. I finish the first draft before editing and it took my around six months to write Do Opposites Attract – but many further months of edits before it was ready for publication!

Do you write in silence? Any writing rituals?

I write whenever I get the chance. I put a notebook in the car so if there’s any dead time (waiting at the school gates, watching cricket – sorry boys!) I can scribble. I find my best ideas come when I’m exercising, not too helpful when I’m swimming.

What part of the writing process did you enjoy the most? What is the most challenging?

I love the first read through, when I sit back and think – actually, that’s not bad. It’s on the second read through that I see all the flaws. For Do Opposites Attract, the most challenging part was working my way through the first round of suggested edits from my very astute editor. It was also the most rewarding though, as I knew it was becoming a better book.

What’s been your best writing moment so far?

Getting two contracts from Choc Lit on the same day.

Which book have you read that has impacted you most?

Pick any book by Nora Roberts.

Write some more, then more again

Too Charming and Do Opposites Attract are both released by Choc Lit are available to buy from Amazon.

For more information about Kathryn, visit her website at http://kathrynfreeman.co.uk

One Response to Novel Kicks Chats With Kathryn Freeman