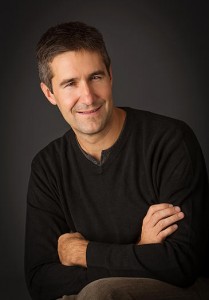 Ben Adams is the author of 6 Months to Get a Life. Thank you for joining us, Ben. Can you tell us a little about your new book?

Thanks for inviting me on to your blog.

Six Months to Get a Life is the story of a man trying to come to terms with his divorce. The book follows Graham Hope as he strives to get over his ex, to maintain his relationship with his children, to build new friendships and to work out a way of having sex again at some point in his life.

How did the idea for the book originate?

I recently went through a marriage break-up myself. I started writing Six Months to Get a Life as a way of capturing my own thoughts. If you like, it was therapy for me.

So is it about you then? I thought it was fiction?

It is fiction. About two days into the writing process, I realised that the book shouldn’t be about me. It shouldn’t be about my ex or my children either. What right did I have to write about them? And who would want to read it if I did? If it had been about me, people would have slit their wrists by the end of Chapter 3.

So instead of writing a memoir, I created a fictional tale. I invented a new ex, new friends, new children, new events and new debacles. Did the marriage guidance scene happen to me? No. Did I meet my ex in a sexually transmitted diseases clinic? Er, no. Have I ever twerked in a nightclub? Maybe, but that’s another story. Have I got a big ego and a small penis? No comment.

How much planning did you do before beginning to write?

None whatsoever to start with. Literally I sat down one afternoon and began to write. Every so often I would look back at what I had written and maybe look ahead a bit too,, but basically I went where the writing took me. Once the first draft was finished, I did then do some planning to improve the flow of the story. But during my writing journey, I discovered that I’m not a planner. 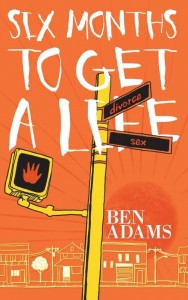 Did you edit as you go or do you prefer to wait until you’ve got a first draft.

When I’m writing regularly, I tend to leave the editing until the end. The story tends to take over and I am anxious to get the next chapter down on paper before the ideas flit away. But if circumstances are preventing me from writing regularly, I often have to re-read the last few chapters to remind myself of the intricacies of the plot. When I re-read, I can’t stop myself from editing, which then means that the story doesn’t progress as quickly as it otherwise would. Writing regularly and editing at the end, and ultimately getting a professional edit, definitely works best for me.

Other than banishing the children to a distant part of the house, I am pretty relaxed. I am not really a coffee freak and I don’t eat while I’m writing. I tried drinking wine while I wrote once, but that didn’t really work. Mind you, it was only 7 O’clock in the morning…

It’s a close run thing between bunkum and yes.

The Secret Diaries of Adrian Mole. Sue Townsend inadvertently taught me how to read.

The Da Vinci Code. Dan Brown taught me how much I hate pretentious writing.

High Fidelity. Nick Hornby taught me that real, everyday life is the ideal setting for a great tale.

Which three things would you need with you if you had to go and live on a desert island?

My radio, my laptop and a helicopter.

Who would you invite over for a fantasy dinner party?

Which fictional character would you like to go and have a beer with? 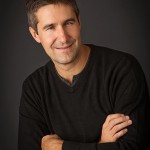 About Ben: Like a lot of people, Ben went to school, then college and eventually grew up and got a responsible job, a house and a family. And then his mid-life crisis kicked in. Realising that life was in danger of becoming all too serious, Ben started writing. Not in the way that Forest Gump started running, but at least he started. Following his short-lived career as a children’s author, Ben now concentrates on writing stories for grown-ups.  He writes for people who have lived, loved, worked, strived and suffered – people like himself. People like you. Ben lives in southwest London with his two boys, his dog and his constant stream of girlfriends.  He dreams a lot too. Follow Ben’s journey further at http://blog.benadamsauthor.com.

Six Months to Get a Life was published by Clink Street Publishing in January 2015. It’s available in paperback and as an e-book. Click on the link to view on Amazon UK.

About Six Months to Get a Life: Graham Hope had it all – a wife, two perfect children, a detached house in the suburbs and a huge TV. Until today. He now has an ex-wife, lives in his parents’ spare room and gets the kids and the dog at weekends. He might be lost and lonely, but Graham is not a victim. Six months from today he will be forty-three. He vows to sort this mess out by his birthday. He gives himself six months to get a life. Will Graham play a meaningful role in his boys’ lives? Will his mates take him under their wing? Will he move out of his childhood home? More importantly, will he ever have sex again? For Graham, failure is not an option.