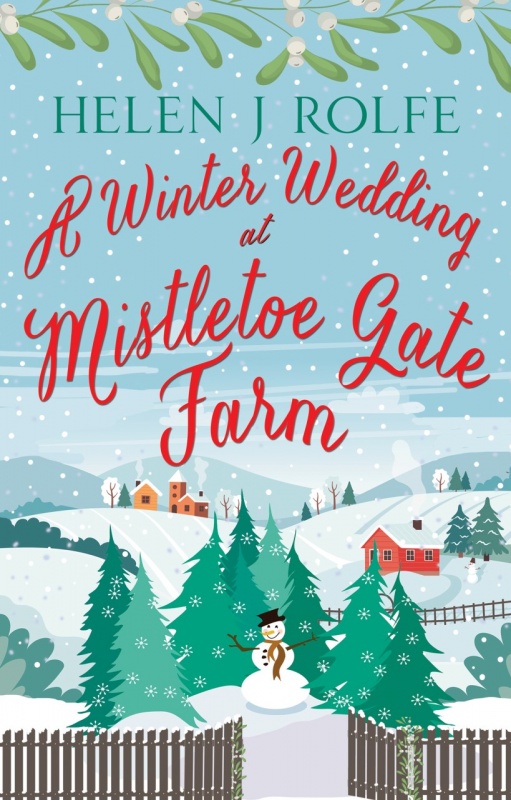 I am delighted to be welcoming Helen J Rolfe to Novel Kicks today. She’s here with her latest novel, A Winter Wedding at Mistletoe Gate Farm which has been published today.

It’s almost Christmas in Heritage Cove – the village tree is all lit-up, the bakery is full of festive treats, the tea rooms and waffle shack are welcoming locals inside out of the cold, and for some of the residents of the Cove, snow might not be the only thing they’re wishing for this year…

Tilly is overjoyed when an estranged relative comes to Heritage Cove wanting to make amends. But as she lets him in to her life and Tilly’s Bits ‘n’ Pieces – the shop she owns and loves – her friends aren’t so sure whether everything is quite as it seems.

Benjamin’s parents run Mistletoe Gate Farm, selling Christmas trees, wreaths and mistletoe. Benjamin has always thought his family was as firmly rooted in the ground as the rows of Norway Spruce and Fraser Firs. But when he finds a letter that rocks his world he realises he may not be able to do anything to prevent the changes coming their way.

Benjamin and Tilly have been falling for one another since the summer but will family complications put an abrupt stop to what is looking like a burgeoning romance?

With festive cheer weaving its way through the Cove as two local favourites plan their wedding, there’s more than one relationship that could receive a little Christmas magic…

Helen has shared an extract with us today. Enjoy as we head to Heritage Cove.

He wandered over to the trees closest to where he was. These were the Nordmann firs in heights ranging from three to eleven feet. They were fatter at the bottom than some of the other varieties, with excellent needle retention. He reached out to touch the rounded needles of one and then another, and the one after that. Any of them could have a place in Tilly’s cottage – she’d be spoilt for choice. They’d all look spectacular with their dense foliage and deep, rich colour, and nothing beat that farm-fresh smell of citrusy pine that came with every tree. He wondered how she was getting on. She’d been flustered last night, unable to think straight when she’d got the call about the break-in at her parents’ house. She didn’t have the sturdiest of relationships with her mum and dad, by the sounds of it, and some people might have used that as a reason not to leap to attention in their hour of need, but not Tilly. She thought of others and put them first whenever she could. It was one of the things he loved and admired about her the most.

Danny had netted a tree and, with it over his shoulder, was heading towards the car park. He was fit, no doubt about that, but there wasn’t the usual festive spring in his step this year and Benjamin didn’t really know why. Usually, as soon as they hit December Danny would have a different Christmas hat on each day, his smile would never slip even when he wasn’t with a customer, he’d take every opportunity to talk at length with visitors, asking about their Christmas plans and listening to details Benjamin knew he couldn’t possibly be that interested in just to be polite and a part of it. He hadn’t been as attentive to his wife lately, either. Danny and Heather usually held hands when they were out walking, they snuggled up on the sofa even after a good thirty-five years of marriage. And those absent snatched kisses underneath the mistletoe this year kept playing on Benjamin’s mind.

He lifted a hand to wave to his dad, who was walking over to him after finishing off with the buyer. Maybe his parents were just busy. It wasn’t only the most wonderful time of the year – for the Doyles it was the craziest time of the year.

‘It’s been a hectic few days.’ His breath came out cold. He took off his thermal work gloves. ‘The storm made such a mess.’

Benjamin had helped clear up debris to make the farm passable for visitors coming to select their tree – the last thing you wanted was someone tripping over an errant branch, or a child falling onto a sharp stick, or, worse, one of the trees falling on someone. The rows and rows of fir and spruce trees stood strong but it was always a worry and they were regularly checked, never more so than after a big storm that had the power to uproot even the sturdiest of species.

‘The logs are done. Anything else you want me to handle before I have a shower and go to work?’

‘No, we’re good from here and I appreciate you pitching in so much.’

‘Hey, family business, right?’ But he didn’t get much of a response and as his dad led the way around to a new bunch of awaiting customers, Benjamin asked, ‘Is there something I need to know? I mean, is there something going on?’

It suddenly dawned on Benjamin that perhaps this was financial. ‘You would tell me if the business was in trouble, wouldn’t you?’ 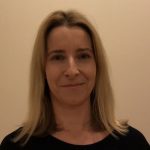 Helen J Rolfe writes contemporary women’s fiction and enjoys weaving stories about family, friendship, secrets, and community. Characters often face challenges and must fight to overcome them, but above all, Helen’s stories always have a happy ending.

Location is a big part of the adventure in Helen’s books and she enjoys setting stories in different cities and countries around the world. So far, locations have included Melbourne, Sydney, New York, Connecticut, Bath and the Cotswolds.

Click to buy A Winter Wedding at Mistletoe Gate Farm on Amazon UK and Amazon US.