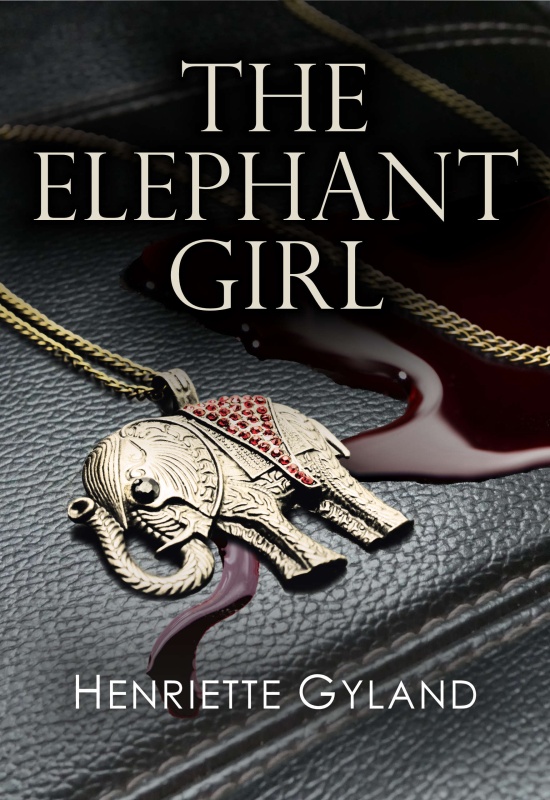 I am pleased to be welcoming Henriette Gyland to Novel Kicks today and the blog tour for her novel, The Elephant Girl.

It’s been twenty years, and Helen Stephens has come home to stay. And to get revenge on the person who murdered her mother. If only she knew who it was … But nothing is ever black or white, and when she rents a room in a house full of ex-offenders, the events of that fateful day blur even further, leading her to question her resolve and her memory.

Jason Moody, who runs the half-way house, has his own shame. When he uncovers her intent, he begins to suspect that someone close to him could be involved …

A coincidence? Or is there something else going on?

Henriette has shared an extract with us today so grab the tea, biscuits and pull up a comfy chair and enjoy.

In this scene, after having returned from travelling for a number of years, Helen visits her grandmother, or more precisely, step-grandmother, who explains to her that now she’s twenty-five years old, she’s expected to sit on the board of the family business. Helen was never into the corporate life and is stunned. Even more so when she learns just how wealthy she now is.

‘Oh, Sanders, now that my granddaughter has arrived would you be so kind and serve elevenses. We’ll have tea and some of that Victoria sponge cake with Fortnum’s strawberry preserve.’

‘But, Mrs Ransome, that’s far too rich for you.’

‘Nonsense, woman. When did a little cake hurt anyone? And I don’t see my granddaughter every day. The child has been to India. Heaven knows what they get to eat there.’

Mrs Sanders left them again, muttering to herself.

‘Why aren’t you allowed cake?’ Helen asked though she knew the answer.

‘I’m diabetic and under strict orders not to eat anything nice.’ Aggie’s small eyes twinkled behind their folds of flesh. ‘And Mrs Sanders takes her job very seriously. Letitia engaged her.’

Aggie harrumphed. ‘If I had, I wouldn’t have let that old sourpuss darken my doorstep. Anyway, Letitia means well. She does her best with me, and I don’t suppose I’m an easy patient. I do wish she’d stop fussing so.’

‘Auntie Letitia fussing?’ Helen snorted. That wasn’t how she remembered her step-aunt.

Helen leaned back in her chair and looked at Aggie. ‘Why did you send for me?’

‘Send for you? My dear, I merely thought it was time for you to come back. Five years is a long time to travel.’

‘Running away never served any purpose. As you young people say, “it’s time to face the music”. You have responsibilities.’

‘Responsibilities?’ Helen choked on the word. ‘What, looking after you in your old age? Just like you looked after me when I was a child?’

Aggie flinched. ‘Not at all. You’re twenty-five years old, and your mother’s shares in the company, which were put in trust for you, are now yours. You’re entitled to sit on the board.’

‘Shares?’ Helen blinked. ‘The board?’

‘Surely you knew? Ransome & Daughters is a public limited company, has been for twenty years now. When William and I married, we both had grown children of our own. I had Ruth and Letitia, and William had your mother, Mimi. When we merged our respective families and auction houses, it was always the intention to build up the company to float on the Stock Exchange. Your place is there too. Sadly William never saw any of this happen …’ she paused and looked away.

Helen couldn’t believe her own eyes. Hard-hearted Aggie had softened, in every sense of the word.

There was a knock on the door, and at Aggie’s curt ‘enter’ the nurse came in with a tray of tea things. Aggie went uncharacteristically quiet, which puzzled Helen because her grandmother had never moderated her behaviour in the presence of servants. It was almost as if she expected Mrs Sanders to eavesdrop.

‘Would you pour, please?’ Aggie asked when the nurse had left. 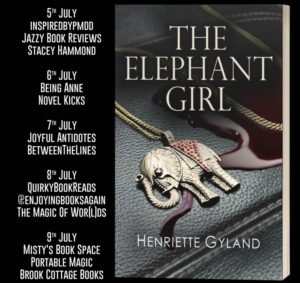 Helen filled the delicate bone china cups with fragrant Earl Grey tea and cut two slices of the cake. While Aggie continued talking about the history of the company and singing the praises of a grandfather she had never met, Helen wolfed down her cake and helped herself to another slice without asking permission, a gesture Aggie chose to ignore.

‘Before William passed away,’ Aggie droned on, ‘we agreed that when the company eventually floated, sixty-three per cent of the shares would remain with the family and each of our children would have a stake in it, as well as myself. Your mother died, so her shares went to you, and you now effectively control fifteen per cent of the company.’

‘Yes, dear. As of your twenty-fifth birthday you’ve become quite a wealthy young lady. The company is performing well, and the annual dividends to the shareholders are …

‘Our annual turnover is about fifteen million.’ Aggie sipped her tea. ‘Out of that the company’s net profit is five to ten per cent, depending on performance, so a good year would yield, say, one and a half million. Fifteen per cent of that is … well, you work it out. You’ll need to see Sweetman about all that.’ She waved her hand dismissively as if it was unimportant.

Helen’s brain kicked into gear. Two hundred and twenty-five thousand pounds. Stunned, she sat back in her chair. She’d never imagined she would come into money, and without lifting a finger too. For years the loss of her mother had eaten away at her so sometimes it was the only thing she could think of. She’d known Aggie was wealthy, but had seen the monthly allowance as Aggie’s way of paying for her bad conscience. Compared to what she would have at her disposal now, the allowance had literally been a pittance. 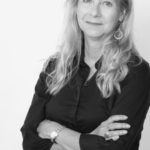 Originally from Denmark, Henriette Gyland (who also writes as Ella Gyland) has lived in London for many years, surrounded by her family, cats, books and the Scandinavian hygge she tries to create everywhere she goes.

As a linguist she loves playing with words and language, and she’s addicted to story-telling. She also believes strongly in social responsibility and sustainable living.

The Elephant Girl was released on 2nd July 2022. Click to view on Amazon UK and Amazon US.