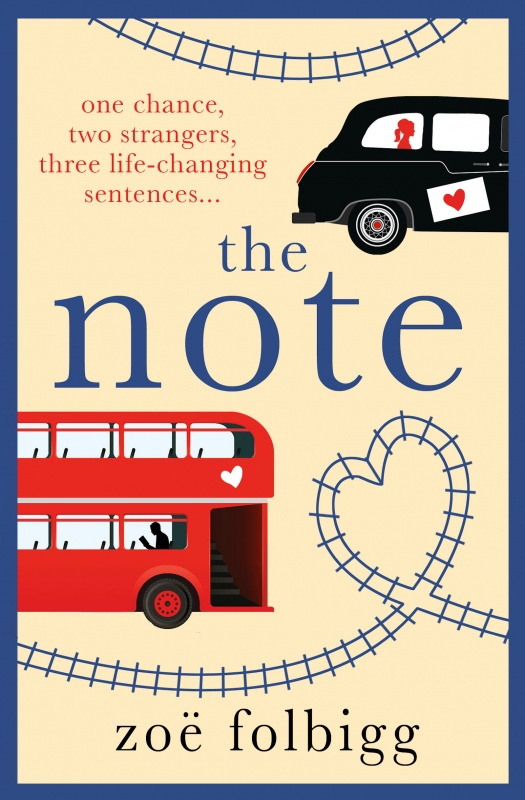 The Note is the debut novel from journalist and editor, Zoe Folbigg. It was released digitally in September and is due to be released in paperback by Aira on 2nd November.

One very ordinary day, Maya Flowers sees a new commuter board her train to London, and suddenly the day isn’t ordinary at all. Maya knows immediately and irrevocably that he is The One.

Every day they go through the same routine; he with his head in a book and her dreaming of their happily-ever-after. But eventually, Maya plucks up the courage to give Train Man a note asking him out for a drink.

And so begins a story of sliding doors, missed opportunities and finding happiness where you least expect it. Based on the true story that everyone is talking about, The Note is an uplifting, life-affirming reminder that taking a chance can change everything…

I’ve reviewed The Note below but first, thanks to Zoë and Aira, I have a pre paperback publication extract to share with you today. Enjoy!

Maya has done it. She has delivered three sentences and a friendly sign-off, and now it is out of her hands. She struggles to walk the incline of the seemingly uphill train carriage because her legs are shaking, her mouth is dry, and putting one foot in front of the other takes effort and focus her racing heart isn’t capable of at the moment.

Her legs buckle as Maya slumps into a seat on the other side of a grubby internal door. Which is just as well because she wanted to linger with the last straggles of bedraggled Train People disembarking reluctantly; to make herself invisible to all the commuters she just embarrassed herself in front of. So, Maya lies low with the sleepy people. The people who can’t stand their jobs. The people who are lost in someone else’s life, frantically turning or swiping pages to find out if the girl got the guy, the adventurer made it back to London or the heretic was burned at the stake.

Train Man isn’t a straggler. Every day Maya sees him stand up confidently at the same point on the track, somewhere between the football stadium and the tunnel, as the train snakes towards a new day and a new terminus. Equine legs, strong arms. He throws a grey backpack with two thin brown leather straps onto his back, stands in the doorway and, as the train comes to a stop and orange lights ding, he steps off with pace and purpose. Maya usually walks a healthy distance behind Train Man, tiny sparks flying from her heels, down the platform and through the barriers under the canopy of a reverse waterfall bubbling white and bright above them. The intimate huddle of a metal umbrella for thousands of people who don’t even look up. Train Man always walks straight through the station and Maya wonders what he’s listening to, trying to guess from his gait, not realising he was at four of the six gigs she went to in the past year. Every day she sees him turn right out of the station and walk swiftly, resolutely, into a mist of people down the road. Until she can’t keep up with his long stride, he in Converse, she in heels – or ballerina flats if she needs to be nimble and get to a meeting – and Maya tends to lose him around the big crossroads at the artery by the hospital. But not today. Today Train Man has long gone.

When Maya’s legs buckled and she fell into a dusty seat, she put distance between where Train Man had been sitting, where she had awkwardly stood over him, and into this sanctuary of a cringe-free carriage. Catching her breath, she waits for three minutes until she, Maya Flowers, is the last of the stragglers. Hot face. Thumping heart.

In the empty carriage, Maya’s legs stop shaking and she flattens her wavy hair in an attempt to regain composure for no one’s benefit. She takes long deep breaths and calms herself by putting her fingertips against her ribcage to feel her lungs fill slowly. 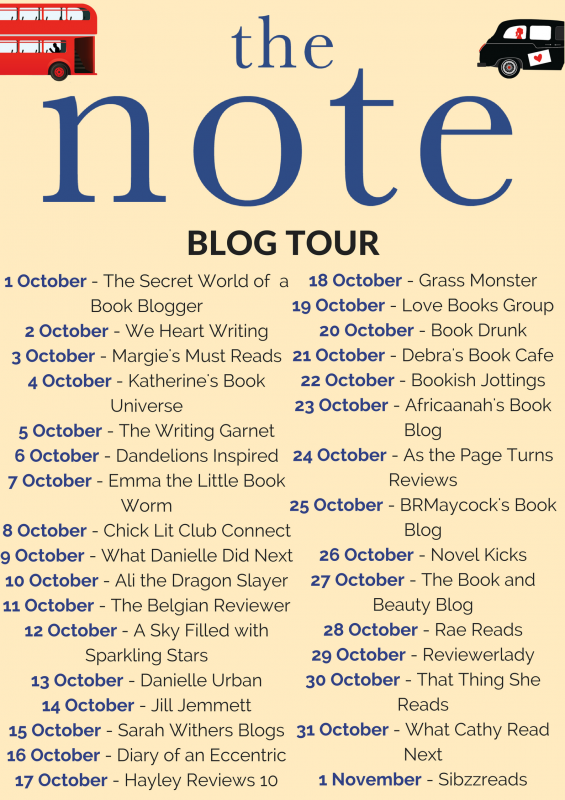 A tall man in a bright blue short-sleeved shirt that sits pleasingly against Somali skin steps on and starts to throw newspapers into a sack before passengers board the train that will take them north.

Maya stands and tries to stride with Train Man’s purpose. She knows she won’t catch him up today, to see whether he is clutching her note to his heart, whether it’s crumpled in his pocket, or whether he tossed it into a bin. It doesn’t matter for now. What matters is she did it.

Spring sunshine looks down gently and tempers rise noisily in the gridlock of an underpass, but all Maya can hear among the birds and the horns are the words of an American woman in her head.

‘What’s the worst that can happen?’

Maya smiles proudly as she passes a bin and gives a cursory glance into it.

My verdict on The Note:

It is an ordinary day when Maya Flowers gets on the train and meets ‘Train Guy.’

What ensues is the question – do they get together at the end? Well, you will have to read to find out.

The premise of this book interested me greatly and so I was looking forward to reading it.

The first few pages are a little descriptive about Maya’s work but her job plays a big part in the book and I felt that this allowed me to get into Maya’s head as it’s told mostly from her point of view (with the occasional look from James’s point of view who I quite frankly just wanted to hug.)

Many of Maya’s life experiences are something that people will be able to recognise. I did get the feeling through the novel that Maya feels left behind as people around her have big life changes. This is definitely something I have related to in the past. Maya isn’t perfect but it’s one of the things I loved most about her character.

This book is a cross between Sliding Doors, the near meets in Sleepless in Seattle and Sarah and Carl’s relationship in Love Actually. It’s about missed opportunities, allowing yourself to find happiness and having the courage to go for what you want in life. Oh and the bravery to say ‘hi.’

The book does jump around a little so I did sometimes have to remind myself where i was in the story but the style of writing is easy to fall into and I quickly became invested in these characters.

There are a few twists and turns in this novel. There are some sad moments and funny moments too. There was also one character I really did want to punch. When you read it, hopefully you’ll know who I mean.

This is a great debut from Zoë Folbigg. I look forward to seeing what’s next. 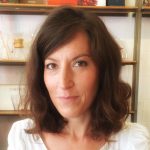 Zoë Folbigg is a magazine journalist and digital editor, starting at Cosmopolitan in 2001 and since freelancing for titles including Glamour, Fabulous, Daily Mail, Healthy, LOOK, Top Santé, Mother & Baby, ELLE, Sunday Times Style, and Style.com. In 2008 she had a weekly column in Fabulous magazine documenting her year-long round-the-world trip with ‘Train Man’ – a man she had met on her daily commute. She has since married Train Man and lives in Hertfordshire with him and their two young sons. This is her debut novel.