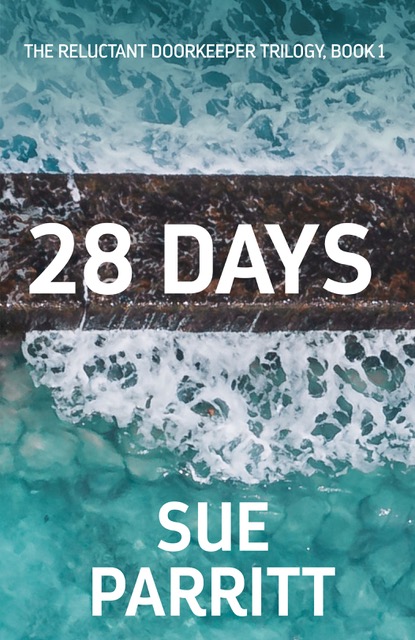 Melbourne, February 2100. Emma Cartwright has 28 days left to find work, otherwise she must report to the Productive Citizens Bureau and accept any vacancy, regardless of location, pay or conditions.

Her situation becomes even more grave when the Employment Positions Portal is disabled and the government refuses to extend her unemployment period. At 70, Emma could opt for voluntary euthanasia, but she has her student son Jack to support.

After a chance meeting with the eccentric Cal Ritchie, founder of the clandestine group Citizens’ Voice and supporter of those fleeing repressive laws to live in bush camps, Emma is determined to escape her life of compliance.

When her son Jack is suddenly arrested, Emma finds herself running out of time and options, and has to take drastic measures. But can she save her son?

28 Days focuses on Emma and the looming end of her government approved unemployment period. Set in the opening days of the 22nd century, she lives in an Australia which has been ravaged by climate change and rising sea levels. This has put huge pressure on population and resources.

As such, everyone needs to be a productive citizen and maintain productive employment. If you’re unable to find employment after a year, you’re allocated a job and for 70 year old Emma, that period ends in 28 days. With an 19 year old son to think about, Emma is getting desperate.

Emma is a well rounded character who is very relatable. She reminded me of my own mother in the fact that she is stoic, resourceful and underestimated. It’s nice to read a novel centred around an active older person rather than a teenager which is something I find you often get in this genre. Emma has life experience that brings something very interesting to her character and predicament.

The supporting characters cover a wide range of ages and backgrounds which was an element I liked. For example, there are some people in this book that have not known life other than under the heel of this controlling government whereas Emma and her contemporaries remember a different time – much like there are generations now that have never known life before social media and wide spread internet.

The book holds up a harsh mirror to the potential difficulties future generations may see if we continue on the current path when it comes to inaction on climate change. This theme has been woven well into the plot of the novel where we see the characters struggle to try and bring change to the system when it becomes clear that some people are being ‘disappeared.’

28 Days deals with a hard version of reality that was sometimes hard to read. Overall, it was a compelling, enthralling cautionary tale and I look forward to reading the next book in the series.

This would suit fans of Black Mirror and in my opinion, has echos of the oppressive elements of The Handmaids Tale. 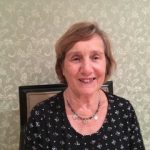 Originally from England, and now living on the Mornington Peninsula, south-east of Melbourne, Sue worked in university libraries until taking early retirement in 2008 to concentrate on writing novels. Creative writing has been a passion since her teenage years, with short stories, poetry and articles published in magazines and anthologies in Australia, the US and the UK.  To date, Sue has written nine novels:

Sannah and the Pilgrim, first in a trilogy of a future dystopian Australia focusing on climate change and the harsh treatment of refugees from drowned Pacific islands. Odyssey Books, 2014. Commended in the FAW Christina Stead Award, 2014.

Pia and the Skyman. Along with Kaire, pilgrim and skyman, Sannah’s daughter, Pia continues her people’s fight for freedom. Odyssey Books, 2016. Commended in the FAW Christina Stead Award, 2016.

Chrysalis, the story of a perceptive girl growing up in a Quaker family in Swinging Sixties’ Britain. Morning Star Press, 2017

Re-Navigation recounts a life turned upside down when Julia, aged 40, journeys from the sanctuary of middle-class Australian suburbia to undertake a retreat at a college located on an isolated Welsh island. Creativia Publishing, 2019.

Feed Thy Enemy, based on Sue’s father’s experiences, is an account of courage and compassion in the face of trauma as a British airman embarks on a plan that risks all to feed a starving, war-stricken Italian family. Creativia Publishing, 2019.

A Question of Country explores the migrant experience through the protagonist’s lifelong search for meaningful identity. Next Chapter, April 2020.

Sue’s current project, The Reluctant Doorkeeper Trilogy, set in Melbourne, 2100-2105, explores the problem of overpopulation and extended life expectancy in an increasingly climate-challenged world and the inhumane solutions adopted by a government determined to rid Australia of unproductive citizens.

Book 1, 28 Days, sees Emma, aged 70, emerge from a life of compliance to one of civil disobedience when the Employment Positions Portal is disabled during the final 28 days of her Government Allocated Unemployment Period.

Book 2, Next Step, follows Emma’s first year as a Trainee Doorkeeper, her role to assign appropriate positions to unemployed citizens, and her unofficial work for political change.

Book 3 will deal with a citizens’ revolution, as the population learn the truth about the role of Fully-Trained Doorkeepers.

Passionate about social justice, Sue’s goal as a fiction writer is to continue creating intrepid characters prepared to risk their lives to effect positive change in a troubled world. She intends to write for as long as possible, believing the extensive life experiences of older writers can be employed to engage readers of all ages.

28 Days, released by Next Chapter in May 2021 is the first novel in the Reluctant Doorkeeper Trilogy. Click to view on Amazon Australia, Amazon US and Amazon UK. 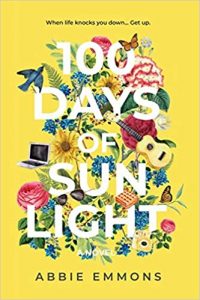