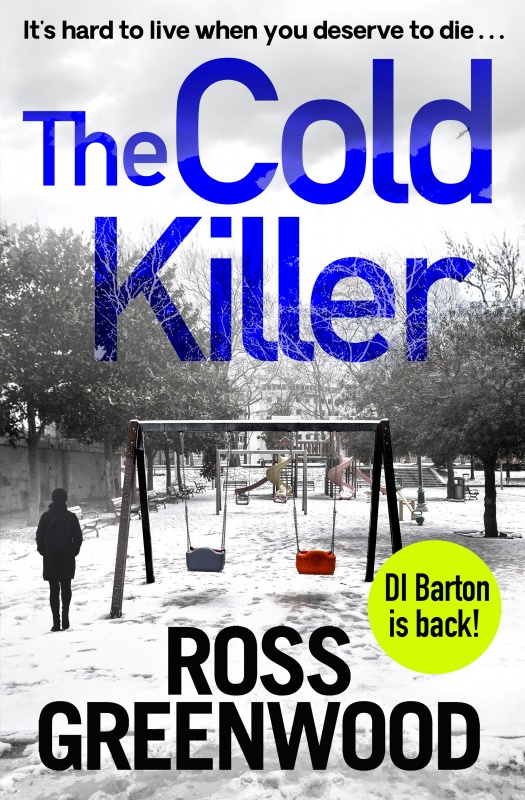 When a tired old inmate is found dead in his cell, the prison is obligated to investigate and so DI Barton attends. The men he interviews have been convicted of some of the worst things a human being can do, but it appears likely that the death was due to natural causes.

When the house of the dead man is burgled and that crime is followed by a suspicious fire, Barton desperately needs to speak to his widow, but she’s nowhere to be found.

In the space of twenty-four hours, everyone he wants to talk to has vanished. Then he receives some post which makes him believe he could be the next to disappear.

Barton’s investigation goes full circle, through a series of brutal murders, back to the prison, and all signs are pointing to the fact that he’s made a terrible mistake.

There’s a violent killer on the loose, who wants everyone to learn that some people deserve to die.

DI Barton has been called to the prison. An elderly inmate has been found dead in his cell. It looks like natural causes…or was it?

Soon, DI Barton and his team are in a race against the clock. DI Barton could be facing more danger than he realises especially as the person they are seeking believes that some people deserve to die.

This was my introduction to DI Barton and his team. The premise for this book intrigued me. It very much had a Line of Duty, gritty feel to it, so I was excited to be invited onto the blog tour for this novel.

The narrative is split between DI Barton and a man known throughout as ‘The Cold Killer.’ I liked how this was done, especially as I didn’t know the identity of the man but knew it must have been someone I had met. This added to the suspense and tension that built well as the story progressed. I had fun trying to piece it together.

It didn’t feel as though there were any slow parts in this book. The pace moves along really well.

I found the scenes with the families interesting – with both the Cold Killer and Barton. Each man is facing new dynamics and situations that are new and unknown. 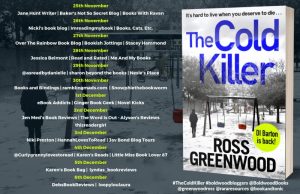 Ross Greenwood does a great job at exploring emotions and motivations behind and beyond the crimes; how the past can influence the present. What the killer does isn’t something you will agree with but you at least get an understanding as to why.

DI Barton is a wonderful protagonist. He’s strong and stoic when he needs to be but also allows himself to have vulnerable moments.

OK, I won’t say anymore as I don’t want to spoil it.

I have become a fan of DI Barton and look forward to seeing what is next for him. 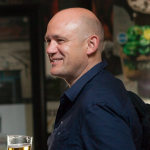 Ross Greenwood is the bestselling author of eight crime thrillers.

Before becoming a full-time writer he was most recently a prison oﬃcer and so worked everyday with murderers, rapists and thieves for four years.

He lives in Peterborough.

The Cold Killer was released by Boldwood Books on 25th November 2021. Click to buy on Amazon UK.