Book Review: The Girl in the Maze by Cathy Haywood 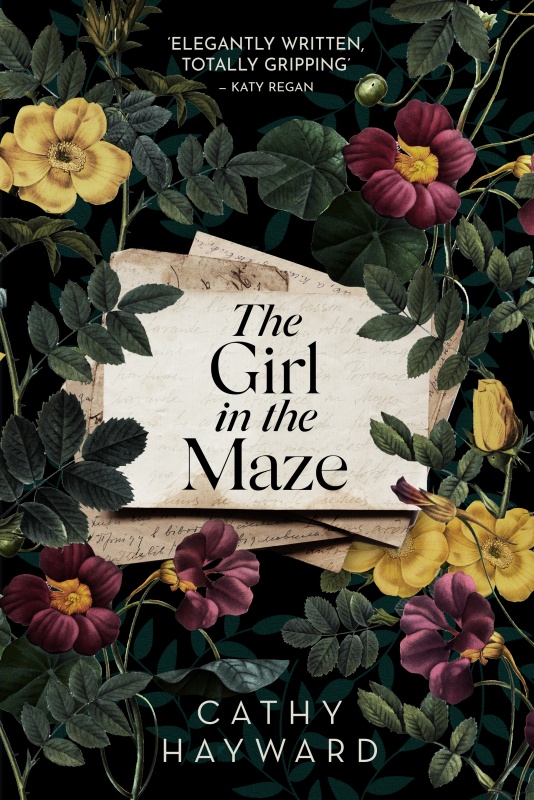 ‘I would caution you against delving into the past. The past is often best left exactly where it is.’

Emma Bowen has never had a close relationship with her mother, barely speaking with her in the last years of her life. But after her mother’s death, Emma finds something that might just explain the distance between them.

Discovering letters between her mother and grandmother, it seems to Emma that her mother has always been difficult.

As she searches for answers about her own childhood, Emma is drawn into the mystery of her mother’s enigmatic life. The more she finds, the more lost she feels, but Emma is determined to uncover her mother’s past, and the secrets held within it, whatever the cost.

An enthralling story of three women, generations apart, linked by one terrible tragedy.

Emma had never been close to her mother.

After her mother’s death however, she finds something that may not only explain why her mother was always a little distant but also a secret that will change Emma’s life forever.

I found the premise of this novel immediately intriguing. I have always been fascinated by the relationship between mothers and daughters.

Told from the point of view of Betty, her Daughter, Margaret and Granddaughter, Emma, it gives the reader a real insight into three generations of women – their differences and parallels. The story also occasionally focuses on Emma’s stepfather, Jack and his input and influence over the women.

I also liked how the painting that featured in the novel was interpreted in many different ways. This really added an extra dimension to the story.

This book really shines a light on what it was like for unmarried mothers in the 1930’s and 1950s and how family dynamics can shape everything. 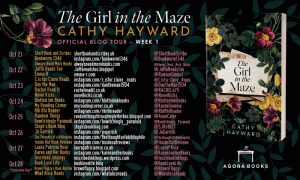 The characters I felt were well developed. They are flawed, complicated and relatable.

It deals with quite complicated and disturbing themes and I feel it does this well.

There are some truly heartbreaking moments in this novel that made me cry. There are also elements of hope.

The plot is paced well. There is enough tension and mystery and I really didn’t want to put this book down. I was completely engrossed all the way through.

There really isn’t much more I can say without giving huge plot elements away.

The Girl in the Maze is a beautifully crafted, moving story that combines family, love and lost chances. It also has mystery which keeps you guessing.

It shows that we don’t always know everything about our family and how shame, guilt and lack of communication can shape lives forever. 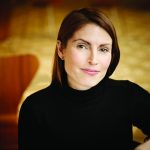 Cathy Hayward trained as a journalist and edited a variety of trade publications, several of which were so niche they were featured on Have I Got News for You.

She then moved into the world of PR and set up an award-winning communications agency.

Devastated and inspired in equal measure by the death of her parents in quick succession, Cathy completed The Creative Writing Programme with New Writing South out of which emerged her debut novel The Girl in the Maze about the experience of mothering and being mothered. It won Agora Books’ Lost the Plot Work in Progress Prize 2020 and was longlisted for the Grindstone Literary Prize 2020.

When she’s not writing (or reading) in her local library, Cathy loves pottering in second-hand bookshops, hiking and wild camping. She lives in Brighton – sandwiched between the Downs and the sea – with her husband, three children, and two rescue cats – one of whom thinks he’s a dog.

The Girl in the Maze is due to be released on 28th October 2021 by Agora Books. Click to pre-order on Amazon UK.

(I thank Netgalley, Agora and Cathy for the advanced copy in exchange for an honest review.)

2 Responses to Book Review: The Girl in the Maze by Cathy Haywood