More Books I’d Like To See Adapted For Film & TV 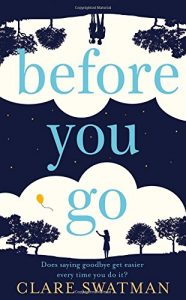 Once again, I have embarked on the Goodreads reading challenge for 2017.  Last year, I managed to get to the target of forty books but it was seriously by the skin of my teeth. I finished the last page of my book about three minutes before Big Ben donged in the new year. I know how to rock my new year you know.

This year, I have increased my book target by.. wait for it., one. I didn’t want to go crazy with the target as you can see.

As I was setting my target, I ended up having a look through all the books I have  read and logged since I joined in 2013. I’ve read over a hundred and seventy books. I know there are some I’ve not logged. One hundred and seventy. That, for me is an incredible number.

I then got to thinking about how many of them had been adapted into movies. The Girl on The Train for example. In a year where Hidden Figures will be coming to the big screen and adaptations of A Handmaid’s Tale (can’t wait,) and Anne of Green Gables are coming to streaming services, I thought I’d look through my list of ‘read’ books in my Goodreads list and share the ones I’d like to see adapted.

The first one on my list is one that I have mentioned recently and that is Before You Go by Clare Swatman. I love this novel so much. I absolutely adored this book. It was in my January favourites and even though it’s been days since I finished it I am still thinking about it. It has a Me Before You feel to it.

As I was reading, I could imagine the scenes in the book as a movie. I could see the settings so clearly. It would make a great adaptation. It would be one that made you cry though. For sure.

Zoe and Ed are two characters I loved very much and grew to care about. I am not sure who I would cast in the roles. No one seems right for me. I can cast my own stories but not always been good at casting other stores.

Zoe and Ed have been together for years. When Ed dies, Zoe is devastated but soon finds herself getting the chance to change her past and then hopefully, her future. 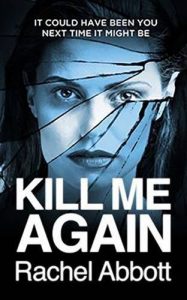 Kill Me Again by Rachel Abbott is a book I’d like to see adapted into a film. Actually, all of her novels would translate well. Although a film would be good, I can also see this as a TV show. I think it could be as good as Thorne: Sleepyhead.

Rachel’s novels are so moreish that I always manage to storm through them quite quickly. She is very good at the tension which is what you need for a good crime adaptation. I can hear the soundtrack music already.

Kill Me Again had me on the edge of my seat all the way through. Tom Douglas and Becky Robinson are worthy enough to fill the gap we have for a good detective duo (which is what I am going to need after Bones finishes.)

Maggie thinks she knows her husband. She comes home one evening and Duncan has disappeared. She also is not the only one looking for him. When a woman who looks like Maggie is murdered, DCI Tom Douglas is brought into investigate. If you’ve read it, who would you have in the main roles? 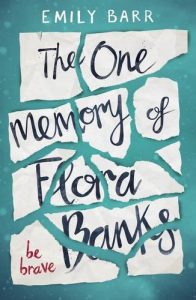 The third novel I would like to see adapted into a film is another recent read; The One Memory of Flora Banks by Emily Barr.

I absolutely ADORED this book. I have been so lucky with my book list so far this year actually. I feel that, with the goings on of the plot, this book would make a very visually stunning movie especially when Flora heads aboard. She is a very interesting character and very likeable. She’s relatable in terms of her coming of age in this novel and learning a lot about herself.

I devoured this book and I think it would make an exceptional adaptation. I think someone like Georgie Henley would be good as Flora.

This book is YA but I think it has a broader appeal than that. It’s very dreamlike.
Someone please make this book into a film. 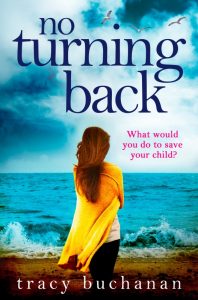 My fourth choice is No Turning Back by Tracy Buchanan. Like Rachel, Tracy is another author who seems to put something addictive into her writing. I pretty much raced through No Turning Back when I first received it (as I did all her other novels.)

As I was reading No Turning Back, I could see it coming together as a TV drama. I imagined someone like Rebecca Ferguson (from Mission Impossible,) playing the role of Anna. This book is fantastic and would be good as a visual adaption. I didn’t see the end coming either which is a good sign for me.

Radio presenter, Anna is out for a walk with her baby when she is attacked by a teenager. Instinctively, she protects her child, accidently killing the teenager in the process.  As suspicions fall on her, her life begins to fall apart.

The Happy Ever Afterlife of Rosie Potter (RIP) by Kate Winter is my fifth choice.

This book was outright hilarious which considering the subject matter is a great thing to achieve. 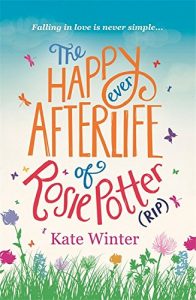 I read this book back in 2014 and I still want it to be made into a movie. It would make a good romantic comedy in my opinion. The whole premise screams movie. Although I think it should stay based in England and she’s American, I think someone like Anna Kendrick could play Rosie.

Rosie wakes up with what she believes is the worst hangover. The last thing she expects is to be dead.
Stuck wearing flannel pyjamas and suffering from a bad case of amnesia, Rosie must unravel the mystery of her death.

My next choice is Somewhere Inside of Happy by Anna McPartlin.

Maise is standing on a podium on the 20th anniversary of the worst time in her life. She is terrified about speaking to all these people but once she begins, she relaxes and word by word, disappears into her past back to 1st January 1995 – the day her life changed forever. 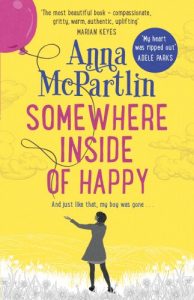 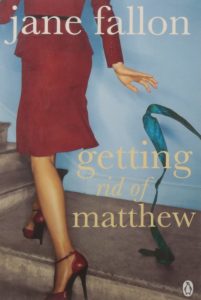 Despite having read this last year, it still has a profound effect on me. From the first page to the last, I couldn’t stop reading it. It was heart breaking and heart-warming all at the same time.

It was sad and poignant and I believe it would make a great film. I was sobbing by the end of this book. I mean really sobbing. This is one of those stories that stays with you.

The final book I’d like to see adapted is Getting Rid of Matthew by Jane Fallon.

There were rumours donkeys ago that Jennifer Aniston’s production company had brought the rights to this book. I was really hoping these rumours were true but nothing seems to have come from it unfortunately. I was so excited about the prospect of a film adaptation of this book and I hope it is revisited at some point.

This book is what started my love affair with Jane Fallon’s novels.

The general premise is that after four years, Helen’s lover Matthew decides to leave his wife and move into Helen’s flat. The problem is, she is not sure she wants him anymore. She embarks on a plan to get rid of him. What could go wrong?

Seriously. this would be brilliant as a film. Make it so film gods… pretty please.