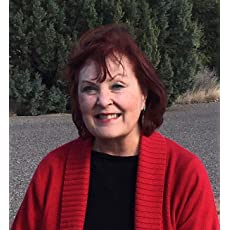 Hi Kris. Welcome to Novel Kicks. Tell me a little about your book, Hopscotch Life and what inspired it?

Thanks, Laura. It’s great to be interviewed here.

Before I focused on a character, I knew there were themes I wanted to address in Hopscotch Life. One theme was that some of us judge ourselves harder than we would ever judge others. We’re simply not accepting of ourselves, and we don’t see all the wonderful character traits we might possess.

Another issue I wanted to deal with is the way our lives are sometimes on either a strong upswing, or a determined downhill slide. And that often we can’t bring that downward slide to a stop until we reach a pretty low point.

Those themes became my inspiration. With those in place, protagonist Plum Tardy then simply walked onto the page for me. Quirky, out-of-synch, hopscotch-playing, but still sweet, funny, and appealing Plum. She pulled it all together. Here’s how I describe it: Feeling like she’s living in a country song, having just lost her job, her house, and her man, quirky Plum Tardy sets out in her usual hopscotch fashion to find a completely new town and a new man. But even knowing how out-of-synch she is, and how oddly she moves through life, Plum could never have predicted the unexpected way that trouble would find her, or the way her past would collide with her future.

Do you think strong characters or plot is more important to a reader?

While both are important, I believe it’s the characters we relate to, especially the protagonist. Once a writer creates a really well-developed character, that character points the way. She shows us how the plot should evolve because her actions drive it, and her choices reflect her. Besides, don’t we all love to find a protagonist we can cheer for, cry over, and champion when no one close to her does? We love to find a character who remains with us almost like a real friend after we finish a book. I’m not sure that most of us can care about a plot that much.

What’s your writing day like? Do you have any rituals?

I like to sneak up on my writing. I mull scenes over in my mind for quite some time before I write them. But then I write them fast. Sometimes that mulling takes place during sensible activities like hiking. More often it’s during sleepless hours in the middle of the night, when I stare at the bedroom ceiling in the dark, trying out different alternatives. I do have a few actual rituals. As I said, I walk or hike, I meditate, answer emails, and spend too much time scrolling through Facebook—but those are just stall tactics while I’m mulling, waiting to pounce on my scene the instant it’s ready to be written. 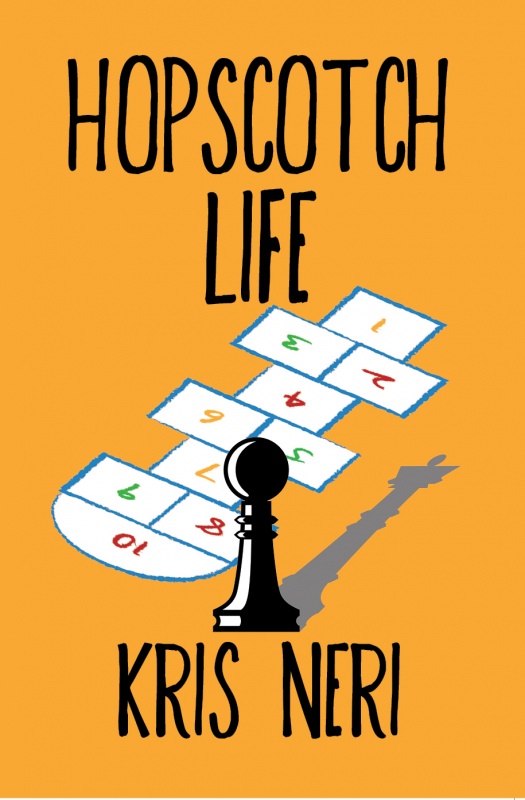 Tell me a little about your writing process? Do you research much before hand?

It varies from novel to novel. My last book, REVENGE ON ROUTE 66, which is a road trip mystery that takes place along Route 66 from California to Texas (in the US), required me to actually drive much of the route and take loads of notes. That was great fun, of course, but I also noted everything. I worried that I’d lack some critical information when I went to write it.

In HOPSCOTCH LIFE, it was more a matter of creation. The town of Applewood, Arizona, where much of the novel takes place, does not exist. But I needed it to be such a rich place that the town would become like another character. I drew on some other towns I’d visited for aspects of it, but most of Applewood comes straight out of my own fertile imagination.

Do you tend to edit as you go or wait for a completed first draft? What do you feel are the benefits of doing it this way?

I do a bit of editing every day, more to get me back in touch with what I wrote the day before than to make any serious changes. But mostly, I wait for the completed first draft. I think of writing a novel as taking a journey to a place that nobody else has ever been to. Even though I plan moderately before I begin, which I think of as sketching out a map through virgin territory, it can’t possibly be detailed because no one has ever even seen this place before.

By the end of the journey, not only is the map detailed, I’ve created such rich pictures of every part of the journey. Only then do I see the full picture. To step out of the metaphor…only at the end can I possibly see what story changes are necessary. Thankfully, I actually love the post-first-draft editing process. That’s when the real shaping of the storyline takes place.

What common mistakes do you feel aspiring writers make?

I see too many who avoid writing setting. The world in which our novels take place provide a rich and necessary backdrop. Imagine a movie that takes place completely with characters speaking out of a thick, gray fog. How long would that interest us? A well-developed setting helps us to fully flesh out the movies in our heads that novels allow us to create. Also, when you describe a place through the eyes of a character, you not only show us that place, you tell us something about the character describing it, and maybe also the character that lives in that setting. That’s effective writing.

What songs would be on a playlist for Hopscotch Life?

“Goodbye, Earl” by the Dixie Chicks, Cyndi Lauper’s “Girls Just Want to Have Fun,” Sam Cooke’s “Chain Gang,” and “You Sexy Thing (I Believe in Miracles), by Hot Chocolate.

When developing Plum as a character, what was the main thing about her you hope gets across to readers?

Through Plum I wanted readers to reflect on the idea that we’re not all supposed to be bland copies of each other, marching together in lockstep, but that we should all be rich, vivid beings, who are wildly different from each other.

With her hopscotch approach, Plum does make some questionable choices, but she’s also quite creative when it comes to finding solutions to her problems.

She’s also fun and funny, deeply loyal, able to come back from the worst losses, and generous to those she cares about. In a crisis, I’d want Plum on my side. I’d also want her cooking for me, since she’s quite a creative chef.

Serendipity. I like the way it sounds, the way it feels to say it, and I especially like what it means.

Any other advice for new authors?

The thing nobody tells you is that you might be at your lowest point when something impossibly wonderful will happen. You could be looking at a stack of rejections, feeling absolutely miserable, when an agent suddenly calls, offering to represent you. Or, even better, you learn that an editor has accepted your novel for publication. In a heartbeat your world goes from murky to completely bathed in golden light. Of course, you can’t plan for that. You can’t sit around waiting for it to happen.

All you can do is continue to do your best work even when you don’t feel like it, even when it doesn’t seem worth it, and believe with all your heart that someone somewhere out in the world will recognize how good you’ve become.

Maybe we can’t have the high points without passing through the low ones because we wouldn’t appreciate how great they are without that contrast. If you believe, and you work hard developing your craft, it will happen, and often when you least expect it.

Kris Neri’s latest novel is Hopscotch Life, a quirky, accept yourself in all your glory, women’s fiction-crime crossover.

She also writes the Samantha Brennan and Annabelle Haggerty magical mystery series, High Crimes on the Magical Plane and Magical Alienation, featuring a questionable psychic who teams up with a contemporary goddess/FBI agent. Both novels in the series were Lefty Award nominees for Best Humorous Mystery. And Magical Alienation won the New Mexico-Arizona Book Award for Fantasy.

Kris Neri was the first and only small press author to have ever been honored with Agatha, Anthony, and Macavity Award nominations, the triple-crown of mystery fiction awards, for her first novel, Revenge of the Gypsy Queen. This debut Tracy Eaton mystery also won outstanding reader support and great critical acclaim.

Kris has also published some standalone thrillers, including Never Say Die, Trust No One, and Devil’s Gambit – Devil’s Due.

Kris has published some sixty-plus short stories in such publications as Blue Murder Magazine, Murderous Intent Mystery Magazine, Woman’s World, Mystery Time, Futures and many others, as well as some well-received anthologies in the U.S. and overseas. Two of her short stories, “L.A. Justice,” the story in which the characters of her Tracy Eaton mysteries debuted, and the darkly original “Capital Justice,” which appeared in the premier issue of Blue Murder Magazine, won the Derringer Award for Best Short Story.

Another two of her stories were nominated for the Pushcart Prize.

She currently lives in Arizona. She teaches online for the Writers’ Programme of the UCLA Extension School and other organisations.

When not writing, she likes to hike and bake bread.

Poor Plum Tardy. Between being saddled with a goofy name, to the way she misquotes proverbs, to her quirky style of dress, Plum always feels out of synch with other people.

But even if others do seem to move in lockstep toward successes Plum can’t even imagine, while she erratically leaps through life as if it were some giant hopscotch court, that doesn’t explain the startling way her life unravels.

Hopscotch Life was published in the UK in March 2020 by Cherokee McGhee. Click to view on Amazon UK and Amazon US.