Book Extract: Whistle in the Dark by Emma Healey 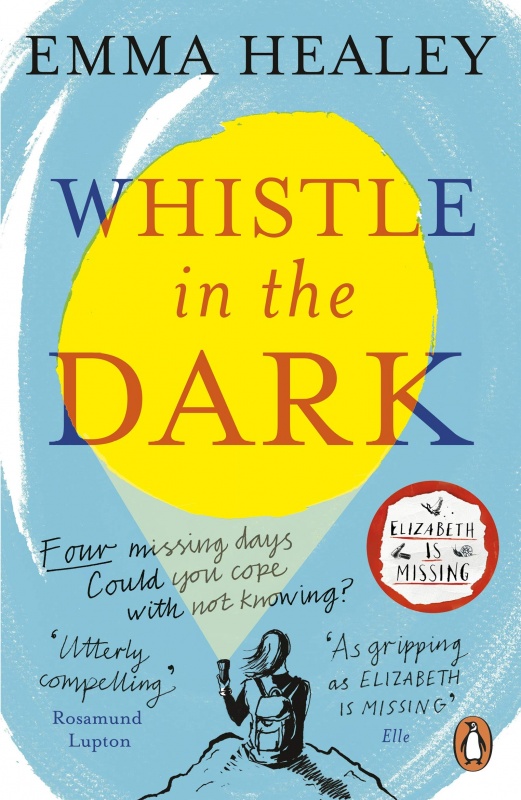 A big welcome to Emma Healey and the blog tour for her latest novel, Whistle in the Dark which was released by Viking on 10th January.

Jen has finally got her daughter home.

But why does fifteen-year-old Lana still feel lost?

When Lana goes missing for four desperate days and returns refusing to speak of what happened, Jen fears the very worst. She thinks she’s failed as a mother, that her daughter is beyond reach and that she must do something – anything – to bring her back.

The family returns to London where everyone but Jen seems happy to carry on as normal. Jen’s husband Hugh thinks she’s going crazy – and their eldest daughter Meg is tired of Lana getting all the attention. But Jen knows Lana has changed, and can’t understand why.

Does the answer lie in those four missing days?

And how can Jen find out?

I have reviewed the novel below but first, here is an extract. I hope you enjoy.

‘This has been the worst week of my life,’ Jen said. Not what she had planned to say to her fifteen-year-old daughter after an ordeal that had actually covered four days.

‘Hi, Mum.’ Lana’s voice emerged from blue-tinged lips.
Jen could only snatch a hug, a press of her cheek against Lana’s ‒ soft and pale as a mushroom ‒ while the paramedics slammed the ambulance doors and wheeled Lana into the hospital. There was a gash on the ashen head, a scrape on the tender jaw, she was thin and cold and wrapped in tin foil, she smelled soggy and earthy and unclean, but it was okay: she was here, she was safe, she was alive. Nothing else mattered.

Cigarette smoke drifted over from the collection of dressing-gowned, IV‑attached witnesses huddled under the covered entrance, and a man’s voice came with it.

‘What’s going off? Is that the lass from London?’

‘Turned up, then,’ another voice answered. ‘Heard it said on the news.’

So the press had been told already. Jen supposed that was a good thing: they could cancel the search, stop asking the public to keep their eyes open, to report possible sightings, to contact the police if they had information. It was a happy ending to the story. Not the ending anyone had been expecting.
The call had come less than an hour ago, Hugh, wrapped in a hotel towel, just out of the shower (because it was important to keep going), Jen not dressed and unshowered (because she wasn’t convinced by Hugh’s argument). They had never given up hope, that’s what she would say in the weeks to come, talking to friends and relatives, but really her hope, that flimsy Meccano construction, had shaken its bolts loose and collapsed within minutes of finding Lana missing.

Even driving to the hospital, Jen had been full of doubt, assuming there’d been a mistake, imagining a different girl would meet them there, or a lifeless body. The liaison officer had tried to calm her with details: a farmer had spotted a teenager on sheep-grazing land, he’d identified her from the news and called the police, she was wearing the clothes Jen had guessed she’d be wearing, she’d been well enough to drink a cup of hot, sweet tea, well enough to speak, and had definitely answered to the name Lana.

And then there she was, recognizable and yet unfamiliar, a sketch of herself, being coloured in by the hospital: the black wheelchair rolling to the reception desk, the edges of Lana’s red blanket billowing, a nurse in blue sweeping by with a white-coated doctor and the green-uniformed paramedics turning to go out again with a wave. Jen felt too round, the lines of her body too thick and slow for the pace, and she hung back a moment, feeling Hugh’s hands on her shoulders. 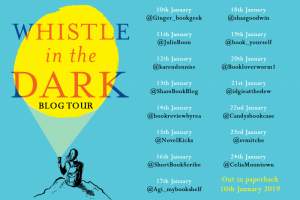 He nudged her forward. Lana’s wheelchair was on the move and Jen felt woozy, the scent of disinfectant whistling through her as they got deeper into the hospital. She hadn’t anticipated this, hadn’t been rehearsing for doctors and a recovery, had pictured only police press conferences and a funeral, or an endless, agonizing wait. The relief was wonderful, the relief was ecstasy, the relief made her ticklish, it throbbed in her veins. The relief was exhausting.

‘How are you feeling?’ she asked Hugh, hoping his answer would show her how to react, how to behave.

They spent several hours in A&E while Lana had skeletal surveys and urine tests and her head was cleaned and stitched and some of her hair was cut. Her clothes were exchanged for a gown, and her feet, pale and chalky, stuck out naked from the hem. Jen wanted to hold those feet to her chest, to kiss them, as she had when Lana was a baby, but just above each ankle was a purplish line, like the indentations left by socks, only thinner, darker. The kind of mark a fine rope might leave. They made Jen pause, they were a hint, a threat, and they signalled a beginning ‒ the beginning of a new doubt, a new fear, a new gap opening up between her and her daughter.

The police noticed the marks, too, and photographed them when they came to take Lana’s white fleece jacket, now brown and stiff with blood. There was so much blood on it that Jen found herself wondering again if her daughter was really still alive. 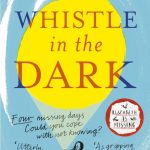 My verdict on Whistle in the Dark:

Jen’s daughter Lana has been missing for four days. When she’s found, she can’t remember anything about the time she disappeared but she also doesn’t seem that phased about it.

Her mother Jen knows she should feel relief that her daughter is home safe but there is something about those four days that Jen can’t let go.

This book is my kind of mystery.

I found it unique in that it looks at the aftermath of a disappearance and what the victim has to deal with post trauma along with their families. It then tells the reader what happened in a series of flashbacks.

I really was on the edge of my seat with this book. From the beginning, there was an intriguing, bubbling tension and I found myself questioning every character.

I really did have a ‘just one more page’ thing where I couldn’t stop reading.

I couldn’t quite make up my mind about Lana throughout the novel and I think this is what made her interesting.

I was also the same about Jen at certain points but I could also sympathise with her. Her daughter goes missing. She is trying to find out why (almost to the point of going mad.)

I can’t say much more about it without giving it away and I don’t want to do that. My advice though, read it. It’s SO good. 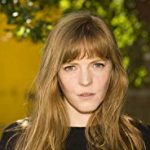 Emma Healey grew up in London where she completed her first degree in bookbinding.

She then worked for two libraries, two bookshops, two art galleries and two universities, before graduating from the MA in Creative Writing at the University of East Anglia.

Her first novel, Elizabeth is Missing, was published to critical acclaim in 2014, became a Sunday Times bestseller and won the Costa First Novel Award.

Her second novel, Whistle in the Dark was published in 2018. She lives in Norwich with her husband, daughter and cat.

Whistle in the Dark was released by Viking and is available in most UK bookshops and online. Click to view on Amazon UK.