Book Extract and Review: That Girl by Kate Kerrigan 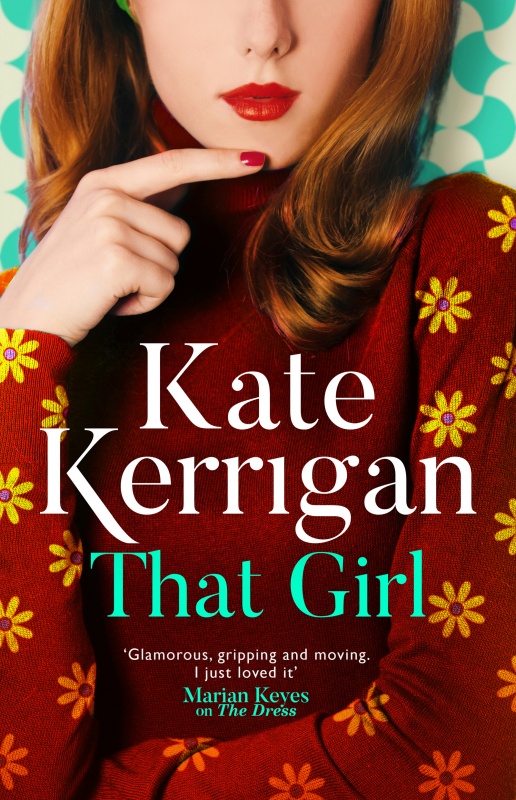 Hello and welcome to Kate Kerrigan and the blog tour for her new novel, That Girl which was released by Head of Zeus on eBook on 1st January 2018.

You can escape a place. But you can’t escape yourself.

Hanna flees the scene of a terrible crime in her native Sligo. If she can just vanish, re-invent herself under a new name, perhaps the police won’t catch up with her. London seems the perfect place to disappear.

Lara has always loved Matthew and imagined happy married life in Dublin. Then comes the bombshell – Matthew says he wants to join the priesthood. Humiliated and broken-hearted, Lara heads to the most godless place she can find, King’s Road, Chelsea.

Matthew’s twin sister, Noreen, could not be more different from her brother. She does love fiance John, but she also craves sex, parties and fun. Swinging London has it all, but without John, Noreen is about to get way out of her depth.

All three girls find themselves working for Bobby Chevron – one of London’s most feared gangland bosses – and it’s not long before their new lives start to unravel.

I’ve reviewed the book below but first, Kate and her publishers have kindly shared an extract from That Girl. I hope you enjoy!

A year passed and Hanna turned from thirteen to fourteen. She became more independent and began to speak her own mind. She was glad that her mother had Dorian to focus on, instead of just her, and she came to trust him. While she knew her stepfather would never be a replacement for the father she so deeply loved, Hanna grew fond of him as time went by. Dorian Black loved her mother, there was no doubt about that, and he made her happy. Hanna also understood that he had been kind and generous regarding her as well. As the nuns pointed out to her in school, ‘It’s not every man would take on another man’s child.’

Dorian never patronised her, or talked to her like she was a poor child, as so many people did since her father died. He treated her as an equal, and she liked that. Dorian allowed her to call him by his first name. When she first did it, her mother tutted, insisting she call him father to show him proper respect. But Dorian had been on Hanna’s side. ‘Don’t push the child, Margaret,’ he said. ‘I am not her natural father. There is no reason she should look on me as such. Hanna is old enough to make up her own mind about the role I play in her life.’

Margaret became worried that Hanna was moving away from her, that she was losing her. Dorian was as wise and reassuring as ever. ‘Hanna is becoming a fine young woman,’ he told her. ‘She is not your little girl any more, Margaret. Sooner or later you’ll have to accept that she’s an adult.’

Margaret pursed her lips and remained silent on the subject. Hanna could tell she didn’t like it but it was important that her mother understood she wasn’t a child any more. Dorian was right, she was becoming a ‘young woman’ and her mother just had to get used to it. United in that understanding, a bond grew between stepfather and stepdaughter that felt to Hanna like friendship, or maybe even love.

Then, as Dorian and Margaret Black were coming up to their second wedding anniversary, Margaret came down with a nasty bout of flu. At first it seemed not to be serious but then her symptoms worsened with lethargy and headaches. Weeks passed and Margaret remained bedridden. With little appetite and no energy to lift herself from the bed, it appeared that there was something more serious underlying the illness. Hanna was worried and asked Dorian if there was anything more they could do. He reassured her that her mother’s recovery was just around the corner. 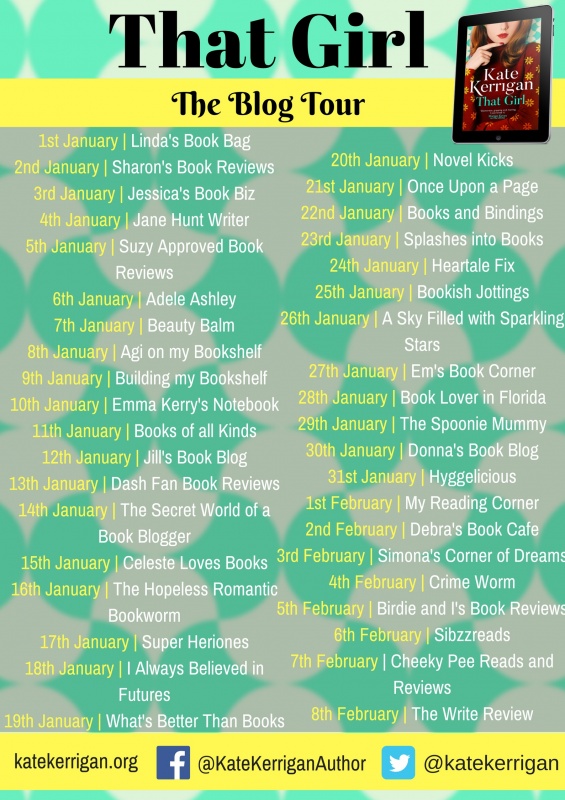 But Hanna could see that despite all the tinctures and medicine Dorian was administering, Margaret seemed to get worse. One afternoon, when her mother was barely able to open her eyes and smile at her when she came in from school, Hanna asked Dorian if it would be better to move her mother to a hospital. Dorian looked at her, stricken, but also a little annoyed.

‘I know you are worried, and so am I. But she is my wife, Hanna. Nobody can look after her as well as I can. Please,’ he said, his eyes were wide and pleading, ‘trust me. Let me do this. For you. For both of us.’

Hanna could see that this was hard for Dorian. He loved her mother too. Dorian wanted her mother back as much as she did.

So she sat at Margaret’s bedside each evening and prayed for her to wake up. Dorian kept reassuring her that her mother would get better soon. But she was constantly asleep, and seemed to be fading away before Hanna’s eyes.

Every few days she asked, ‘Is there anything I can do?’

‘Just be a good girl,’ Dorian said, ‘and leave your mother to the experts.’ He kissed her forehead, sent her to school each day and told her that everything was going to be all right. Soon her mother would be better and they would be a happy family again. 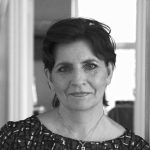 Kate Kerrigan lives in County Mayo, Eire, with her husband and children. Her novels include Recipes for a Perfect Marriage, shortlisted for the 2006 Romantic Novel of the Year Award and Ellis Island, which was a TV Book Club Summer Read.

That Girl is available to buy on Amazon, Kobo and iTunes.

My verdict on That Girl:

That Girl is told from the point of view of three girls. 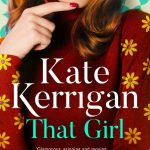 Hanna has come to London trying to escape the life she had before (and a secret she’s left behind.)

Lara has been left by her longterm boyfriend and wants to start a new life away from the memories and when Noreen sees her predictable life flashing before her eyes, she wants to experience adventure.

All three girls end up in the same area of London and their lives very quickly intertwine.

If I could only use one word to describe this book, it would be WOW. I began to read this book without paying too much attention to what it was about and from the first page, I was completely sucked in. I couldn’t stop reading. Even now, despite having finished it, I am still thinking about it.

Hanna is a complicated character and I think she is the one I had the most sympathy for. She flees to London with a terrible secret and puts the weight of the world on her shoulders. I wanted to give her one big hug.

Lara is a character I think many people can relate to. She is someone who wants more from her life. She has a dream and she works hard to try and achieve it. She is quite an inspirational character.

Noreen is someone who wants something more from her life and is therefore also a character people can empathise with.

The story is woven together well. There were parts where I wasn’t sure where it was going to go; many great twists and turns. There’s a lot going on within the plot but it all comes together nicely.
The themes include friendship, first impressions, loyalty and misunderstandings amongst the characters.

The setting is written very well. I loved the feeling that I was on the Kings Road in the sixties. If I could pick a decade to visit, it would be the sixties.

I really do recommend this book. It’s a great novel and I enjoyed it immensely.