Book Review and Extract – Close To Home by Cara Hunter 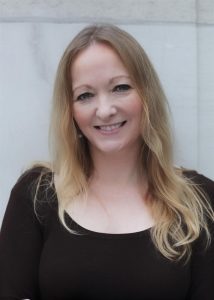 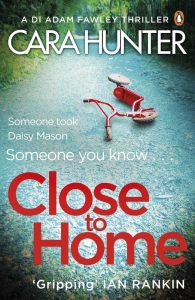 Close To Home is the new novel from Cara Hunter and her blog tour is stopping by Novel Kicks today.

HOW CAN A CHILD GO MISSING WITHOUT A TRACE?

Last night, eight-year-old Daisy Mason disappeared from a family party. No one in the quiet suburban street saw anything – or at least that’s what they’re saying.

DI Adam Fawley is trying to keep an open mind. But he knows the nine times out of ten, it’s someone the victim knew.

That means someone is lying…
And that Daisy’s time is running out.

I have reviewed the book below but first, Cara and Penguin have shared an extract from Close to Home. Enjoy!

On the call, Acting DS G. Quinn and (listening)

GQ: Thank you for phoning, Mr Connor, and our apologies for disturbing your holiday.

DC: No problem – I’m sorry I wasn’t able to get back to you before. It’s such a shock, hearing what’s happened. My wife saw it on BBC World News in the hotel room.

GQ: Were you aware that the flower costume your daughter wore at the party was the one Daisy Mason should have been wearing?

DC: I wasn’t but it seems my wife was. Millie had some of her friends round after school the afternoon before –

DC: Er, was it Monday? Sorry – I’m a bit jet- lagged. You’re right, it must have been Monday. Anyway, Julia says they all brought their fancy dresses over and tried them on. And then tried each other’s on – you know what girls that age are like. It seems that at some point in the ensuing chaos Daisy decided that she preferred Millie’s costume, and Millie said they could swap.

GQ: Do you know if Daisy’s mother was aware the costumes had been switched?

DC: I have no idea. Let me ask Julia . . . [muffled noises] Julia says Daisy assured her that her mother wouldn’t mind. But obviously she doesn’t know if Daisy actually spoke to her about it.

GQ: We found the tights in a bin on the estate but the blood on them doesn’t match Daisy’s

DC: Ah yes, sorry about that. Millie fell over and as it was getting late and she was a bit whiny we decided to call it a day. The tights were a write-off so we just ditched them. Apologies if it caused you a problem.

GQ: What costume was your daughter originally going to wear, Mr Connor?

DC: A mermaid, so my wife tells me. I never saw it but apparently it had a flesh- Coloured top thing and a tail with shiny blue and green scales.

GQ: And any sort of headdress or mask?

DC: Hang on a minute.

GQ: So if Daisy had been wearing that costume at the party it would have been obvious she was there?

DC: Now you come to mention it, I don’t think I did. I mean, on the news it said she was there – that she went missing afterwards, so I just assumed – Christ, that changes things a bit, doesn’t it?

GQ: And is there anything Millie can tell us – anything she might have heard or seen at the party?

DC: To be honest we’re not getting much sense out of her at the moment – she’s just crying all the time and refusing to talk about it. I don’t really want to push it. But when she calms down I’ll get Julia to ask her – I’ll call you back if there’s anything that might help.

GQ: Thank you, Mr Connor. And may I remind you not to discuss this conversation with anyone else. That’s very important. Particularly the press.

DC: Of course. And please let me know if there’s anything else we can do. We all have to pull together to find the bastard who did this, don’t we?

The day before the disappearance

Julia Connor fills half a dozen glasses with juice and carries the tray up to her daughter’s room. She can hear the noise the children are making all the way up the stairs; the neighbours can probably hear it halfway down the street. Inside, the carpet is buried in clothes and costumes.

‘I hope you all know which costumes belong to who,’ says Julia, putting down the tray. ‘I don’t want to get into trouble with your mums.’

Three of the girls are in front of the long mirror, lavishly admiring themselves. A pink princess, a flower, a butterfly.

‘Who is the fairest of them all?’ demands the princess of her reflection, as her gold cardboard crown slips over one eye. ‘Don’t you think I look absolutely beautiful ?’

Julia smiles to herself, wishing she’d had half that kid’s confidence when she was their age. Then she closes the door and goes back down to the kitchen, where she turns the radio on and starts chopping vegetables for dinner. They’re playing an old Annie Lennox track, so she turns up the volume and sings to herself. Sisters are doing it for themselves. It’s so loud, in fact, that she doesn’t notice the sudden commotion upstairs. So she never hears the wailing cries of ‘I hate you! I wish you were dead!’; she never sees the girl in the flower outfit pinned against the wall or the other child who is furiously attacking her, jabbing at the small pale face in its blank petal mask. 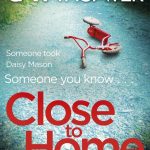 My verdict on Close to Home by Cara Hunter:

Close to Home begins with the disappearance of an eight-year-old girl. There are no clues as to where Daisy is or who could have taken her. DI Adam Fawley and his team have a difficult case on their hands and they are in a race against time. Something Daisy is running out of.

The tension in this novel builds very nicely. It’s an interesting insight into how social media affects investigations and how it can potentially influence it. Trial by Twitter.

Suspicion is thrown everywhere and I got to the stage where I suspected everyone. It’s not clear what has happened to Daisy and this builds the suspense. As the subject matter is about a child, the emotions are running high for both the characters and the reader. There are aspects to this novel that are uncomfortable to read but the theme is handed in a great way.

Cara Hunter is very good at slowly giving information to the reader, whilst not giving too much away too soon but also keeping a good pace to the novel.

This wasn’t just a case of promising myself ‘one more page,’ I pretty much spent all of the time saying ‘this is too good to put down. Who needs sleep anyway!’

Not all characters are what they seem. Some are misunderstood. There was one in particular though that I couldn’t warm to but I get the feeling this was intentional.

Close to Home is one of the best crime novels I have read. If I were to try writing a crime novel, this is the type of book I’d like to have been able to write. It’s full of great twists and turns, red herrings and a wonderful build up of suspense.

I am looking forward to seeing what Cara Hunter does next. 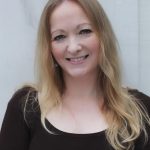 Cara Hunter is a writer who lives in Oxford, in a street not unlike those featured in her series of crime books. Close to Home is her debut featuring DI Adam Fawley, and her second, In the Dark, is coming soon.

Close to Home was released by Penguin in December 2017. It’s available to buy in paperback in most UK book shops and online. Click to view on Amazon – https://www.amazon.co.uk/Close-Home 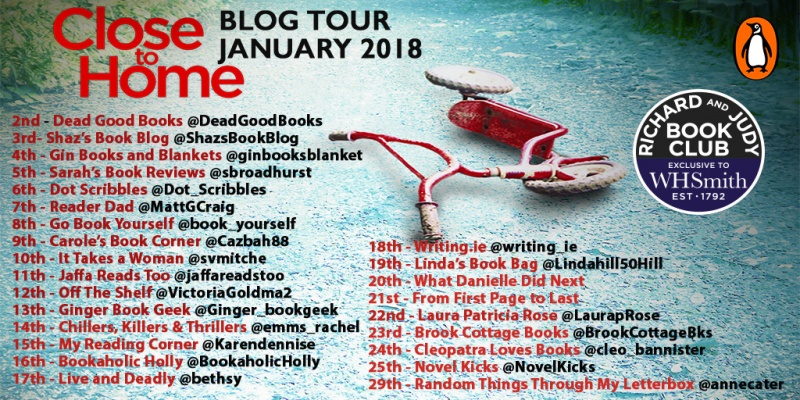