Which Fictional Character Would You Be? 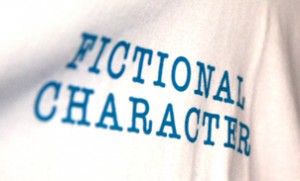 Which fictional character would you be?

There are many fictional characters but which one would you want to be?

Being a big reader I meet so many amazing characters. At the end of The Fault in Our Stars, I had fallen in love with Hazel and Augustus. I want to have a drink with Bridget Jones and I want to go to Hogwarts with Harry Potter – no, on second thoughts, I want to be Hermione Granger for a day.

That’s what I love about being a writer. I get to create characters that come alive in my head (it’s like being able to have imaginary friends in adulthood,) even though Carrie, the main character in my current work in progress, won’t shut up.

It has me thinking… if I could swap places with a fictional character for a day, which one would I pick? Whose story would I like to play out for twenty-four hours? For me, I think it would be Harry Potter related as a day in a magical school just sounds so much fun.

Which fictional character would you want to be for the day and why? Would you pick a character but put them in a totally different setting?