Blog Tour: His Other Life by Beth Thomas 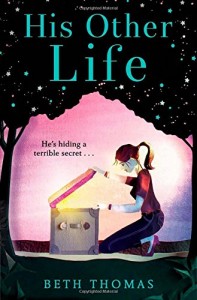 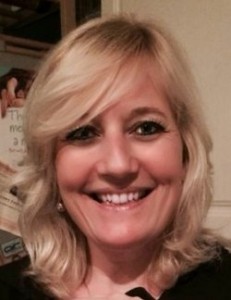 We’re pleased to be welcoming Beth Thomas to Novel Kicks. She is the author of Carry You. Her latest novel, His Other Life has just been released by Avon. We’ve reviewed it below. As part of the blog tour for her new book, Beth has shared an extract. Enjoy.

Twenty minutes after Adam has left finds me pacing the living room. I’ve put plates in the oven, got some wine ready and selected a few DVDs for Adam to choose from, but that only took a minute or two. Now I’m walking from the back window to the front, lifting up the curtain, peering out at the street then turning and walking to the back again. There must be a long queue in the Indian. And of course we never actually got round to ordering the food so he will have to wait while it’s prepared and cooked. It could take, ooh, at least, I don’t know, half an hour. But it’s already been… Never mind, never mind, if there’s a queue he could wait fifty minutes, easily. An hour, even. It’s possible. Maybe he’s had to try a few different places. Maybe he’s bumped into someone he knows and has lost all track of time. Maybe he’s bumped into Leon.

After about two hours, I’ve stopped pacing and am now sitting on the edge of the sofa, rocking backwards and forwards and occasionally biting the hard skin around my fingernails. I’ve got my own mobile phone loose in my hand but it’s as good as useless when the one, the only person I want to contact has apparently switched his phone off. That sodding phone of his, full of mysteries and unknowns, always always with him, constantly lighting up and vibrating all over the place; but now, when I really need to use it, when it will be of more use than it ever has before – to me, anyway – in his pocket in complete darkness. Oh my God, why would he do that? Why would anyone? What’s the arsing point of having an arsing mobile if it’s arsing switched off, for arse’s sake?

So when Adam suddenly disappears from Grace’s life, she is left bewildered and heartbroken. And with a lot of unanswered questions.

As she tries desperately to find him, Grace opens a Pandora’s Box of secrets and lies – and starts to learn that Adam wasn’t so perfect after all.

What shameful secrets was her husband hiding? Is Grace in danger? And can she survive the truth? However terrible it may be . . .

The cover of this book was so pretty and reading the blurb, the story sounded intriguing.

On the surface, Adam seems like the perfect husband but it is obvious from the first few pages that he is not what he seems. I did not like him at all. There was just something about him that I didn’t like and I knew that it wasn’t going to be long before you began to see cracks in the marriage between he and Grace. I didn’t like that fact that he seemed a very controlling character and I just wanted to shake Grace and tell her to stand up for herself – tell him what she wanted. At the beginning, Grace is very much a doormat and allows herself to be steered through life by this man and that was a little frustrating to me and it took me until after Adam had left to warm to Grace (as it’s then you start to get to know her.)

The majority of the book focuses on what happens to Grace after Adam has left (without saying a word,) and how she copes with him disappearing. This is when she gets the chance to look at her life and realise that maybe she was not as happy as she thought. This was relatable.
I found the first couple of chapters quite slow but as the story progressed, I found myself becoming more capitulated by Grace’s story and the mystery surrounding Adam.

Beth Thomas’s writing style is very easy to read and I found myself getting drawn in ,wanting to find out what was going to happen.
Matt is a likeable additional character and I also was interested to know what happened between he and Grace and how it would fit in once and if Adam came back into the story.

The plot progresses well and there is a good build up of suspense that has you guessing. The end result was a little predicable but how the characters got there was a compelling story.
There is a mixture of mystery and romance in this novel which I liked.

Overall, His Other Life is an enjoyable, compelling novel.

His Other Life was released on 26th March 2015 by Avon and is available in most UK bookshops. Click on the link to view at Amazon UK.