Blogival: Extract of The Expansion by Christoph Martin 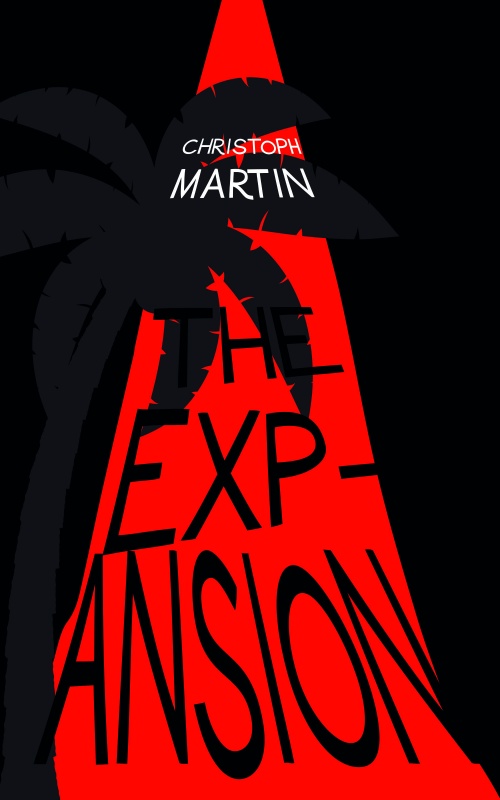 It’s August and the first day of Blogival; a month of bloggers and authors combining to offer reviews, guest posts and more. I am very happy to be part of this fantastic online event.

Today, I welcome Christoph Martin, author of The Expansion to Novel Kicks.

In politics and big business, truth is a matter of opinion.

Straddling the storyworlds of Panama, Washington and London, The Expansion follows British-born geomatic engineer Max Burns, whose revolutionary water-saving system wins him the esteemed position of head engineer for one of the 21st century’s most politically contested megaprojects: the expansion of the Panama Canal.

For Max it is a dream come true: not only is he able to work closely with construction giant and old high-school friend Godfredo Roco in one of the most beautiful tropical environments, but it’s the kind of job Max has been working toward his entire career.

Yet in the arena of global trade and diplomacy, stakes are high, and when a senior official of the Panama Canal Administration is found dead, Max finds himself in the frame for sabotage and murder, and at the centre of a web of political intrigue and betrayal that reaches far beyond the idyllic shores of Central America. The only person Max can trust is his new-found love, Karis Deen, a scientist with the Smithsonian Tropical Research Institute. Except Karis herself holds a secret that could not only destroy Max, but could change the entire balance of world power.

Today, thanks to Clink Street Publishing and Christoph, I have an extract from The Expansion to share with you. Enjoy!

N.B: This is the scene that changes Max Burns life forever! Losing his parents and with them also the family fortune and a very comfortable and prosperous future.

They had reached a flying altitude of three thousand feet.

His fingers found what they were searching for: the smooth, plastic sheath that guarded the engine’s idle shut-off valve.

It would only take a moment.

Numb, he turned to his wife. She had covered her lips with her hand, and he heard a sob. In the darkness, the diamonds at her throat had lost their fire.

“No!” she shrieked, swiveling frantically in her seat. One hand was on the window pane, and her eyes were on the ground, far below them: on the freckled lights of their receding home.

With all his remaining strength, Edward Burns reached for his wife. He drew her toward him, and he hugged her tightly.

Then he pulled the valve.

As the engine died, she fought the cage of his arms.

But it was only a moment.

Then the canopy tore away, slain with disembodied metal blades, and the torque threw them, spinning, pitching, toward the ground.

Edward Burns felt nothing as his skull split open. 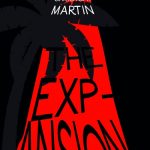 My verdict on The Expansion:

I really had no idea what to expect when I began to read The Expansion beyond the blurb sounding interesting. A general summary would be; Max is given the chance to become head Engineer in a bid for the expansion of the Panama Canal. This project reunites him with his old school friend, Godfredo. In Panama, he also meets the mysterious Karis.

This is all I will say about the plot itself. I will not say much more about the story as I don’t want to give too much away.

Max has been dealt a tragic past but is quite well-balanced and successful considering. When you meet Max, he seems to be a gentle influence compared to Godfredo (who lives a more luxurious and playboy kind of lifestyle.)

I found Karis fascinating. She, as a character doesn’t give much of herself away.

The first few chapters are fairly fast paced and plotted well. This plot unfolds maybe a little slower than in some other books in this genre but with this book, it works well. Stick with it. There is enough given to the reader that you can’t stop reading but instead of finding the slow burn plot hard going, I got the feeling that it was building up to something big and it didn’t disappoint.

All the way through, I didn’t know who to trust or how a lot of the characters fitted in with the story. This was a large part of its appeal and why I couldn’t stop reading. I NEEDED to know how it all fitted together.

This book really does have you second guessing and on the edge of your seat until the end. I look forward to reading more from this author. 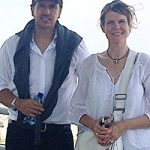 Christoph Martin is the writing team of Christoph Martin Zollinger and Libby O’Loghlin. Christoph Zollinger is a Swiss entrepreneur whose career spans legal, military, corporate and private enterprise. Christoph graduated with a law degree from the University of Zürich, after which time he went on to live and work in Panama in corporate and private enterprise for more than a decade. In 2012 he returned to Switzerland with his wife and children. He divides his time between his home in Zürich and a tiny Alpine village in Graubünden.

Libby O’Loghlin is an Australian novelist and prize-winning short story writer who has a career in narrative media production, including film and television, as well as print and digital publishing. She has lived in the UK, USA and Malaysia, and she now lives with her family in Switzerland.

To find out more about The Expansion, visit http://www.theexpansionbook.com/ or
Twitter – https://twitter.com/expansionbook

The Expansion was published by Clink Street Publishing in May 2017 is available to buy. To view on Amazon UK, visit –https://www.amazon.co.uk/Expansion-Christoph-Martin

I will be back with Blogival on 10th August with Laura Gascoigne but in the meantime, check out the banner below for details of the fantastic content coming up during this month. 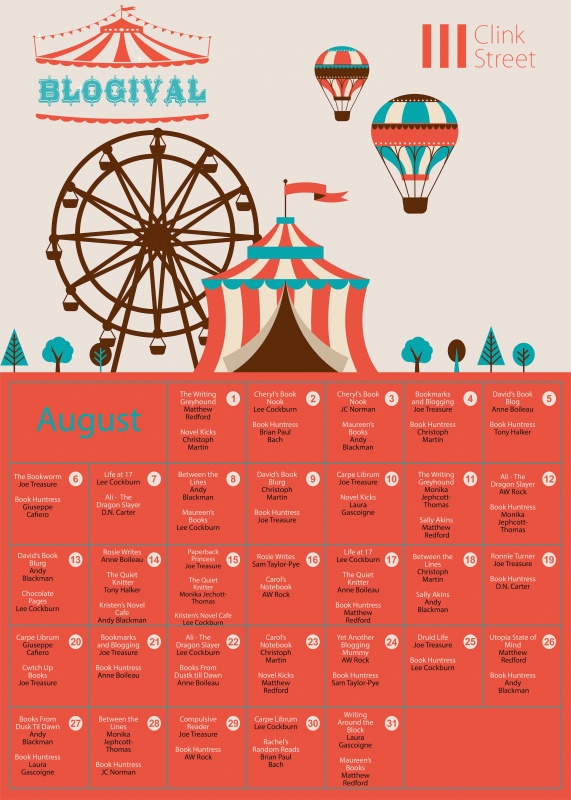