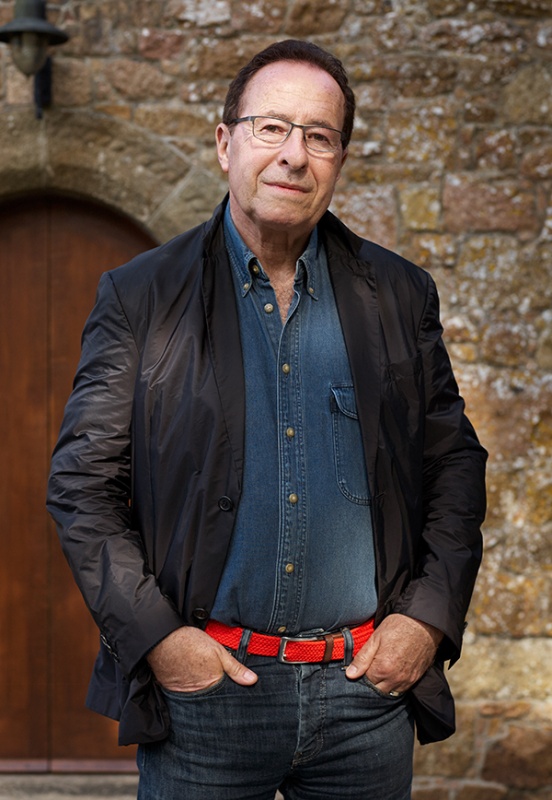 Hi Peter, thank you for joining me on Novel Kicks. When did you start writing?

I have been writing since I was seven years old – my original ambition was to be a scriptwriter. I find the world we live in very interesting and I enjoy observing human behaviour, and that’s really my approach. I’m constantly taking note of what’s happening around me as you never know where you might find inspiration for a character or piece of plot.

How did you get your big break?

My first ‘break’ was at age seventeen, when I won a national short story competition run by the BBC and got to read my story out on air. It was hugely exciting! However, my first professional writing job came along a few years later whilst I was living in Toronto and working on a children’s television series called Polka Dot Door. I was a gopher – it was my job to basically run errands. One day we were due to film an episode, but the writer hadn’t turned in the script. The producer asked if I could write one there and then, and I said ‘okay!’

How much research do you do for each novel?

My novels tend to be very research-driven. I first had the seed of an idea for Absolute Proof when I received a mysterious call from someone claiming to have proof of the existence of god – just like Ross does – thirty years ago. In the decades that followed I did a great deal of research, ranging from speaking to religious leaders about the consequences absolute proof would have for believers, to living as a monk for five days in the extraordinary monastic commune of Mount Athos. It’s been an extraordinary journey!

When I was 14, I read Graeme Greene’s Brighton Rock, and it totally changed my life. It’s the book that made me realise I wanted to be a writer, and also the reason that my Roy Grace series is based in Brighton. Greene has a way of describing characters, in just a few sentences, which makes you feel you know them inside out, and his sense of “place” is almost palpable. Brighton Rock is for me an almost perfect novel. It has one of the most gripping opening lines ever written too – ‘Hale knew, before he had been in Brighton three hours, that they meant to kill him.’

What advice would you give to new and aspiring writers?

Reading extensively and intelligently is the most important thing – read books that have done well in the genre you want to write in and analyse what you like about the author’s style. Once you’ve started writing, make time to write every single day. Find a comfortable number of words to do each day and stick to that number. I am comfortable with 1,000 words. For some it might be 500, 200 or even 2,000 – as long as you are consistent, the number doesn’t matter.
And you must love your characters – or no one else will!

What is your writing routine?

I find that the time I write best is from 6pm to 10pm at night, so at 6pm I sit down with a vodka martini I’ve mixed myself, put on some music, turn off the phones, ignore emails and get myself into the “zone”. I love this period of “me time” when I get to block out the rest of the world and quietly focus on my current project – and the martini is a treat I look forward to throughout the day! I follow this routine six days a week while I am working on a novel.

Tell us more about your latest novel, Absolute Proof?

Absolute Proof is my latest stand-alone novel and is based on a real-life experience I had thirty years ago. The protagonist, Ross Hunter, receives a phonecall from a mysterious but reliable source claiming to have proof of the existence of God. This sets him off on a heart-pounding race from Glastonbury to Egypt to LA, in which he finds himself pursued by a billionaire con artist, the CEO of a shady pharmaceutical company and representatives of the world’s most powerful religious leaders – all with a vested interest in solving the biggest mystery faced by humankind. Combining suspense, thrills, intrigue, greed, ambition, organised crime and corruption at the highest level, it sees Ross confront issues both global and personal. I hope that sells it to you!

The late Arthur C Clarke once said that magic is the name we give to anything for which we don’t yet have an explanation in science. I’ve had a number of experiences myself for which I cannot find any scientific explanation.

The book was inspired by your encounter with a man called Harry Nixon, who contacted you saying he had absolute proof of the existence of God. Why did you agree to meet him?

Harry Nixon sounded sincere and what he had to say genuinely intrigued me. I had no idea at the time I met him whether I would have any kind of story or not, but very many of my novels have been inspired by true life stories and events. The story has been told with the full support of Harry Nixon’s family, and the book is dedicated to him with their blessing – but it’s important to remember this is a work of fiction and not Harry’s story!

Ross is a sharp-minded investigative journalist with a hunger for the truth, which is why he cannot help but be interested when he receives this mysterious phone call! He shares a lot of character traits with my most famous character, Roy Grace – they are both inquisitive, daring and in possession of a good deal of integrity.

Peter James is a UK No. 1 bestselling author, best known for writing crime and thriller novels, and the creator of the much-loved Detective Superintendent Roy Grace. With a total of 13 Sunday Times No. 1s under his belt, he has achieved global book sales of over 19 million copies to date, and has been translated into 37 languages.

Synonymous with plot-twisting page-turners, Peter has garnered an army of loyal fans throughout his storytelling career – which also included stints writing for TV and producing films. He has won over 40 awards for his work, including the WHSmith Best Crime Author of All Time Award, Crime Writers’ Association Diamond Dagger and a BAFTA nomination for The Merchant of Venice starring Al Pacino and Jeremy Irons for which he was an Executive Producer. Many of Peter’s novels have been adapted for film, TV and stage.

His new book Absolute Proof – a stand-alone thriller – which was published by Pan Macmillan on 4th October 2018.

For more information about Peter James and his novels, visit https://www.peterjames.com

Investigative reporter Ross Hunter nearly didn’t answer the phone call that would change his life – and possibly the world – for ever.

‘I’d just like to assure you I’m not a nutcase, Mr Hunter. My name is Dr Harry F. Cook. I know this is going to sound strange, but I’ve recently been given absolute proof of God’s existence – and I’ve been advised there is a writer, a respected journalist called Ross Hunter, who could help me to get taken seriously.’

What would it take to prove the existence of God? And what would be the consequences?

This question and its answer lie at the heart of Absolute Proof, an international thriller from bestselling author Peter James.

The false faith of a billionaire evangelist, the life’s work of a famous atheist, and the credibility of each of the world’s major religions are all under threat. If Ross Hunter can survive long enough to present the evidence . . .