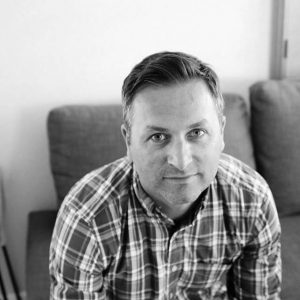 Hello Jon, welcome back to Novel Kicks. Congratulations on the new book Good Grief, which has been released today. What are you doing to celebrate?

Firstly, thank you so much for having me! It’s always a pleasure. I don’t know about other authors, but I don’t do much to celebrate new books because I’m usually too anxious and worried about getting reviews and what people will think of it. I usually just have a meal with my family and a couple of drinks, and then it’s back to stressing about it! That’s the life of an author – 95% stress 5% enjoyment!

Can you tell me a little of what Good Grief is all about?

Good Grief is my eighth novel and it’s about two very different people trying to get over losing their partners. Holly Moon is twenty-seven and a year before the start of the book her husband died suddenly of a heart attack. Holly thought she had it all and suddenly her life is nothing like she had planned. Phil Turner is sixty and he’s been married to Bev for nearly forty years. She’s all he’s ever known. When she dies of cancer, he doesn’t know what life is about anymore. Holly and Phil meet at Good Grief counselling group and strike up an unlikely friendship. Together they help each other move on and find a purpose in life again. Good Grief is a love letter to the healing power of friendship. It might sound a bit sad, and it is in places, but ultimately it’s a feel-good, uplifting story. 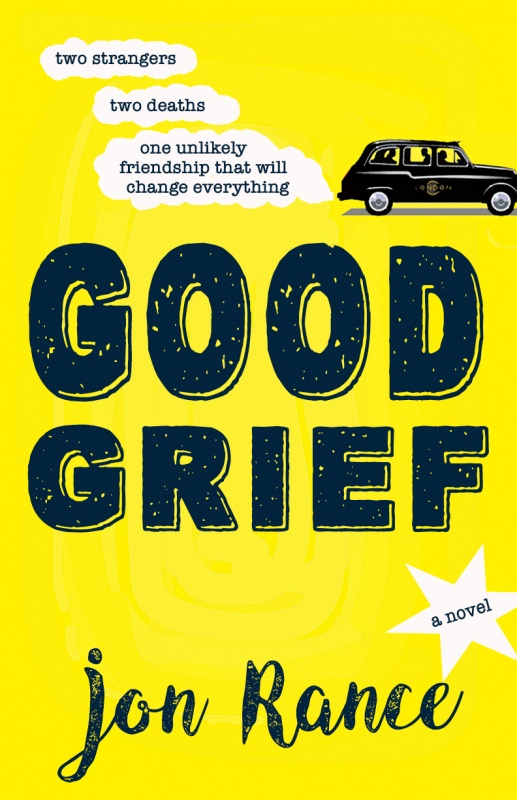 Which songs would be on a playlist for Good Grief?

Haha that’s great. I actually made one on Spotify! Queen play an important role in the book and so definitely some Queen. I’d go for Another One Bites The Dust and I Want To Break Free. There’s the Snow Patrol song, What If This Is All The Love You Ever Get? Love Will Tear Us Apart by Joy Division, Your Song by Elton John, Nothing Lasts Forever by Echo & The Bunnymen, Hey Jude by The Beatles and One Day by Kodaline. You can find the playlist on Spotify. It’s called Good Grief Playlist. Enjoy!

Ooo that’s a tough one. I think my all-time favourite word is bivouac. I’ve never actually used it in a book, but one day!  The way it just sort of rolls off the tongue.

When you are beginning a new project, how much planning needs to be in place before you decide it’s enough to begin? Do you use software like Scrivener or a notebook?

I generally just use notes on my phone to jot down ideas. I like to jump in as soon as I can. I’ll generally have an idea in my head for a while before I start working on it. I like to give ideas time to breathe before I start writing them. I do think that you can over plan and I definitely don’t plan too much. I think ideas need timeand space to evolve, and creatively I like to give myself room to see where it’s going to go rather than have it all planned out. I think having a beginning, an ending, and a few key scenes beforehand is generally enough. Oh, and a title too!

I’m going to say Tim from The Office. As soon as I saw that show he reminded me of my own life. I’ve worked for years in different offices and I generally always felt like Tim. I love his humour too!

My new novel, Good Grief, comes out on June 11th so I’m working on that, but as soon as it’s done, I’ll start on my next book. I’m going to be changing genres for the first time in my career. I’ve written eight books so far and they’ll all in the same sort of genre, and so it’s time, I think, to challenge myself. I’m going to write a psychological thriller, which both excites me and terrifies me. I’ve read a lot of them recently and it’s something I want to try. It might be great, or it could be terrible! Fingers crossed!

Which novel, once read has changed your life?

Three books changed my life. The first was, The Catcher in the Rye, which I read when I was about fifteen. I just loved that book so much and it really gave me the inspiration to be an author. The second and third sort of came together in my early twenties. Nick Hornby’s, High Fidelity, and Mike Gayle’s, Turning Thirty, both made me realise what sort of book I wanted to write. I started my first book just after I read Turning Thirty. It was never published, but I knew then that I loved it!

How do you choose character names and how important is this decision?

Character names are hugely important. The trick I use these days is to go on Twitter and scroll through until I find names I like. It’s a great resource!

Which piece of advice would you give yourself if you were only starting out as a writer?

Don’t stress about ‘making it’. I speak to a lot of new writers and see their tweets on Twitter. I think a lot of writers – me included – put out a book and hope it becomes a bestseller. This is the dream! However, the reality is that most first novels don’t do great. Some do, but a lot don’t. So, don’t give up. It might take three, five, or fifteen books before you have any sort of success. The writers who have that success are the ones who don’t give up and keep trying. Thanks so much for having me! It’s been a pleasure. 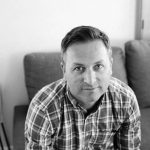 Jon Rance is the author of novels including the Kindle top ten bestseller, This Thirtysomething Life, Happy Endings (both published by Hodder and Stoughton), This Family Life, Sunday Dinners, Dan And Nat Got Married, About Us, The Summer Holidays Survival Guide and his latest, Good Grief. He’s also the author of the Christmas novella, A Notting Hill Christmas.

Jon studied English Literature at Middlesex University, London, before going travelling and meeting his American wife in Australia. Jon loves comedy (especially sitcoms), the films of Richard Curtis, travelling and tea. He just turned forty, which is a terrifying time, so his books might get a bit edgier and possibly angrier as a result.

Good Grief is out today. Click to view on Amazon UK. 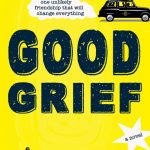 My review for Good Grief:

Two strangers. Two deaths. One unlikely friendship that will change everything.

Holly Moon has it all. The perfect husband, the dream media career, then at age twenty-six her husband dies and just like that her world comes crashing down around her.
​
Black cab driver, Phil Turner, is sixty when his wife dies of cancer. They’ve been married for forty years. He doesn’t know any different.
​
When Holly and Phil meet at Good Grief support group, they strike up an unlikely friendship. Two strangers with nothing in common except they don’t know how to move on. Perhaps together and with the aid of their ‘definitely-not-a-bucket-list’ they’ll find a way. But it’s not as easy as just ticking things off a list and soon their happiness and lives hinge on one thing…each other.
​
Set in London, Good Grief is a love letter to the healing power of friendship and learning that even in the depths of grief the most magical things can happen.

Phil is struggling after the loss of his wife to cancer. Having been a London taxi driver since he was twenty-three, he is feeling very lost.

Holly didn’t expect to be a widow at twenty-seven but here she finds herself, not knowing where she fits in anymore without Rob.

Both Holly and Phil are grieving and neither of them can see a light at the end of the tunnel. That’s when they both find themselves at the same grief counselling group, Good Grief. As they begin to get to know one another and talk, can both of these people begin to build a new life beyond the death of loved ones?

Oh Jon Rance, you know how to make a girl cry. I knew from the first page that I wouldn’t be able to control emotions and this book is a bit of a rollercoaster in that respect.

Immediately, I loved Phil and Holly, could empathise with them and wanted to give them both a massive hug. They were both characters that felt relatable and real. It was interesting to get both points of view especially as there was a bit of an age gap. Not everyone reacts the same and that’s OK.

The theme of death is handled so well in this book and with an enormous amount of care and I really appreciated that.

There were some moments I laughed out loud, some where I completely sobbed. Some parts made me laugh but overall, there is so much warmth and compassion radiating from this novel. Yes, for anyone who has lost someone close to them there could be some themes that will resonate more. I thought I would struggle but instead, I found this book comforting.

The biggest feeling I had by the end of this book was hope.

I was already a fan of Jon’s novels and Good Grief is a great addition. I’d fully recommend you give it a read. It’s lovely.