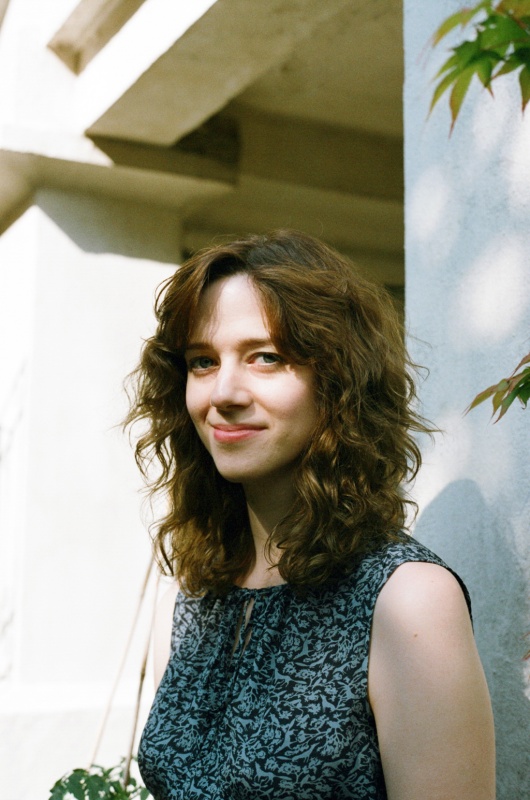 Hanna Jameson is the author of The Last, published by Viking, 31st January.

Hi Hanna, thank you so much for joining me today. Your book is called The Last and it’s been released today. Can you tell me a little about it and what inspired it?

The Last is a murder mystery narrated by an American academic, stranded in a remote hotel in Switzerland following the outbreak of nuclear war. It was inspired by me needing to write something else before I ran out of money, and also our political landscape. I started writing it almost immediately after the 2016 US presidential election, an event that I think many still haven’t recovered from. I tried to channel that sadness and anger, and also the ever-looming dread and grief about the impending climate apocalypse, into something constructive. Otherwise I’d just be yelling on Twitter.

Which author has inspired you the most and why?

This is a tough one, but taking someone’s work as a whole, probably J.G. Ballard. His work affected me profoundly when I was a teenager and it dictated a lot of my future taste. People describe The Last by referencing Agatha Christie but I’ve never read Agatha Christie. The influence I was drawing from was actually Ballardian; novels like Concrete Island and High-Rise, which create this atmosphere of extreme claustrophobia in an intimidating – almost devastating – amount of abandoned space. I was obsessed with his particular brand of near-future dystopia and I think he is still unparalleled.

What’s your typical writing day like, where do you like to write and do you prefer to write in silence?

I either write at home with headphones on, or at a coffee shop with headphones on. The latter gets expensive so I only do it when I need to get words out quickly, or when I’ve been struggling to focus. I like coffee shops because, even though I put my headphones on to lock down my emotional space with my own playlists or even a TV show in the background, I can still see and hear activity, which is very motivating and distracts the part of my brain that likes the distract me. I only work in silence when reading my work out-loud, which I always do when editing.

What is your route to publication?

Same as everyone else’s. A lot of hard work and perseverance, deluded levels of self-belief, that only amounted to anything due to luck.

What elements do you feel make a good novel?

Character, character, character. I could not give less of a shit about your plot or how good it is if I don’t care about your characters. If I realise I don’t care, I shut the book. In terms of creating good characters, there are many ways to do that. It mostly involves being honest, aware of how your limited perspective could cause you to rely on harmful stereotypes instead of empathy and genuine attempts at research and emotional interpretation.

It changes all the time according to mood, but I love the word ‘epicaricacy,’ which is the English word for ‘schadenfreude.’

Are you able to tell me a little about your current work in progress?

I’m working on two projects currently. One is a TV show, a historical drama. The other is my fifth novel, which – like The Last – is also a near-future dystopian thriller.

How do you pick character names and how important a decision is this to your novel?

There’s no process. Some characters arrive with their full names, some characters don’t have a solid name until the end of the first draft and I have to scour the internet – literally, just scroll through Twitter – or borrow names from people I know to find something that fits them. It’s important that their names be right, but I couldn’t tell you what makes them right.

If you were to create a mood playlist for this novel, which three songs would be added first?

Two of those feature in the novel and all of those songs I listened to while writing it in order to set the tone. Music is really important to my writing sessions, I use it to fast-track to the right emotions. 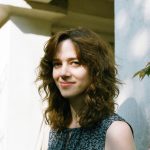 Hanna Jameson wrote her first book at the age of seventeen. Paul Rees of Q Magazine described her as writing like ‘an angel on speed’. She has worked for the NHS and travelled the USA, Japan and Europe, developing a particular interest in the US, which led to her studying for a BA in American History. The Last is her first novel for Penguin.

My verdict on The Last…

A nuclear weapon has detonated over Washington. This is the end of the world.
Historian Jon Keller is on a business trip in Switzerland when the world ends.
He doesn’t know if his wife and two daughters survived and he wishes he had not ignored the last message from home. 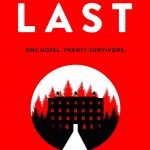 Twenty people remain in Jon’s hotel. When the body of a young girl is found, Jon is determined to find out what happened. The investigation isn’t welcomed by everyone.

There are so many things about this book. Just, wow.

From start to finish, I was completely pulled in. I lost sleep reading this book. The atmosphere created really made me feel like I was in the hotel with the other occupants.

All the characters have layered personalities. Nothing and no one is totally black and white. They all have their moments. It also touches on the ‘mob mentality.’

Told from Jon’s point of view as he records events, I got a real feeling of what this type of situation could feel like.

This book is a great study of human nature and humanity in general. What you think you would do and what you actually end up doing in a situation could be completely different. Morals become a questionable thing; who you become when simply surviving is priority. This novel really got me thinking about that.

The political and moral observations were so interesting and the book is very well written. It was a little scary at how this book could reflect future events if we lose concentration as a human race.

I want to know what happens beyond the end of the book. I wasn’t ready for it to end.

The Last, published by Viking has been released today. Click to view on Amazon UK.