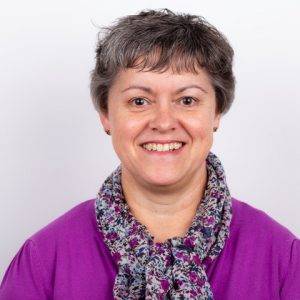 Hi Julie. It’s a pleasure to welcome you to Novel Kicks today. Thank you for inviting me on your blog tour. Can you tell me about your novel, A Leap of Faith at the Vineyard in Alsace and what inspired it?

A Leap of Faith at the Vineyard in Alsace is the third and final book in my Domaine des Montagnes trilogy set on a vineyard in France. Each book has told the story of two characters and their search for their happy ending. This final book tells the story of Ellie and Henri. She’s afraid of commitment to one person and Henri longs to settle down.

Originally, the series was inspired by my love of all things French, and the fact that I had spent some time working for a mail-order wine merchant earlier in my career. So this seemed like a perfect setting for a romance series. I also wanted to choose a part of France that isn’t so well-known, but whose wines I knew quite a lot about. I then decided to devote each book to one pair of characters and tell a new story each time, while still allowing myself to update readers with what the other characters had been doing.

As I’m a full-time author now, I try to be quite disciplined when I’m writing, making sure that I always do my words every day. I write about 10,000 words a week and try to keep my writing work to weekdays only. As an indie author, everything is down to me, of course, so I also make time for reading and some marketing work every day.

What are the challenges you found when writing your novel? Was it always going to be part of a series?

The biggest challenge with this latest novel was the timeline because it takes place in the lead up to and beyond Christmas. At first I hardly mentioned Christmas because I didn’t want it to be a Christmas book as such, just for Christmas to feature in it. But after some feedback, I added more in about Christmas and had to get to grips with a calendar to make sure that each month had the right number of days!

It was always going to be a trilogy at least, although I have wondered about extending it to become a series, but I think it might be better to leave my characters as they are and just imagine them on the vineyard from time to time.

From idea to finished book, what’s your writing process like and how long does it typically take? 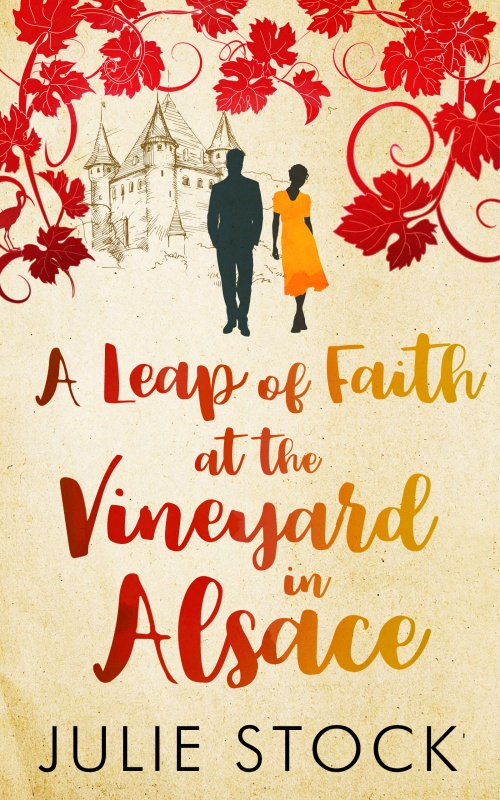 Once I’ve had the idea for a new book, I usually let it germinate in my mind for a while. Then it takes me about a month to 6 weeks to plan it out. I use a combination of Cathy Yardley’s Rock Your Plot system and a piece of software called Plottr to plan the story out. I then usually have a bit of a break before sitting down to write.

It takes about 2 months to write my first draft, and then I do a first edit after another short break. Then it goes off to my editor for a developmental edit. I then do more edits until I think it’s finished. At this point, it might go to other readers and I would review their comments before sending it to the editor again for the final check.

Once all the edits are done, it goes to a proofreader for the final, final check! If everything goes according to plan, and it usually doesn’t (!), that would all take about ten months.

Which fictional world would you like to visit and why?

I’d like to visit London and Paris as described by Dickens in A Tale of two Cities. A lot of the description would have been based on real life London and Paris, but there would also have been some fiction thrown in I presume. I love this story and it was an exciting time what with the French Revolution about to happen so I think it would be an interesting place to visit. I’d only go on the basis that I could definitely come back though!

When I sat down to write my first book, I didn’t think I would ever manage to write a full-length novel of 80,000 words or more. Now I’m writing my sixth full-length novel. It’s very hard work, there’s no doubt about that, but I’m amazed that I’ve had the discipline to keep going and to finish writing all those books and more.

If you could tell your younger writing self one thing, what would it be?

It would be to have more confidence in my own ability to write and not to let other people persuade me otherwise. 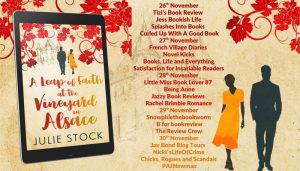 What type of scene do you find it hardest to write?

I think for most romance authors, the love scenes can be quite tricky. The first time I had to write one, I actually went on a course to get help! But since then, it’s become easier. I don’t tend to write really steamy love scenes anyway, which I find makes them less daunting.

Any advice to overcome writers block?

I don’t think I’ve experienced writer’s block as such, although there have been many times when I’ve found it hard to sit down and write. During those times, I will procrastinate forever before finally getting round to it. I think most authors are very disciplined about writing their words so that’s what usually motivates me to finally get on and do it if I’m time-wasting. I find that if you’re lacking in motivation, it may be that you need more time to plan or that your story needs tweaking in some way.

Or it could be that you just need to sit down and write for a few minutes to get into your writing mode. For some people, writing prompts help with this of course. I also make good use of the Pomodoro technique, writing for just a short amount of time and then taking a break.

Even if you only write 300 words or less, it’s a start and then the next session will be easier and so on. 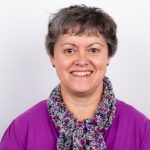 Julie Stock writes contemporary feel-good romance from around the world: novels, novellas and short stories. She published her debut novel, From Here to Nashville, in 2015, after starting to write as an escape from the demands of her day job as a teacher. A Leap of Faith at the Vineyard in Alsace is her eleventh book, and the third in the Domaine des Montagnes series set on a vineyard.

Julie is now a full-time author, and loves every minute of her writing life. When not writing, she can be found reading, her favourite past-time, running, a new hobby, or cooking up a storm in the kitchen, glass of wine in hand.

Julie is a member of the Romantic Novelists’ Association and The Society of Authors. She is married and lives with her family in Cambridgeshire in the UK.

A Leap of Faith at the Vineyard in Alsace is the third book in the Domaine des Montagnes series. Click to buy at Amazon UK or click here to go to the series page.

About A Leap of Faith at the Vineyard in Alsace: 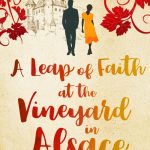 It’s winter at The Vineyard in Alsace, and wedding bells are in the air.

How do you know when you’re ready for love?

Ellie Robinson has spent her life running from commitment following the breakdown of her parents’ marriage when she was young. She doesn’t believe in happy ever afters and the last thing she wants is to settle down in one place when she could be travelling the world.

Having moved from place to place throughout his childhood, Henri Weiss now calls the vineyard in Alsace home, and he loves the stability the vineyard and the people on it give him. While he enjoys travelling, it’s always good to come home again.

Following an extended travelling trip together, Ellie and Henri find their differences more marked than before, despite their love for each other being even stronger. Then a series of shocks in Ellie’s personal life throws things into turmoil, leaving Ellie unsure as to how to get everything she wants. And Henri facing the loss of the future he has dreamed of.

Can Ellie and Henri reconcile their very different desires and take a leap of faith on their love for each other? Will they get the happy ever after they’ve both been longing for?

Escape to The Vineyard in Alsace once again for this uplifting, romantic read and enjoy Christmas at Domaine des Montagnes.

One Response to NK Chats To… Julie Stock