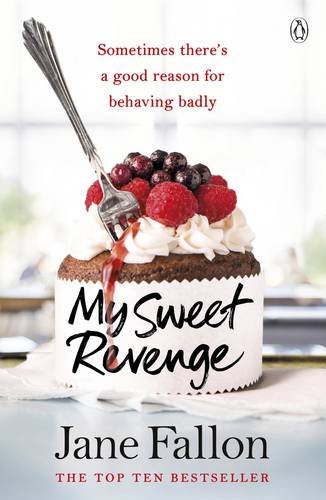 I want to make my husband fall back in love with me.

Let me explain. This isn’t an exercise in 1950s wifeydom. I haven’t been reading articles in old women’s magazines. ‘Twenty ways to keep your man’. That couldn’t be further from the truth.

I want him to fall back in love with me so that when I tell him to get the hell out of my life he’ll care. He won’t just think, ‘Oh good’.

I want it to hurt.

Paula has had Robert’s back since they got together as drama students.
She gave up her dreams so he could make it.
Now he’s one of the nation’s most popular actors.
And Paula’s just discovered he’s having an affair.

She’s going to remind Robert just what he’s sacrificing.
And then she’s going to break his heart like he broke hers.
It will be her greatest acting role ever.

Revenge is sweet.
Isn’t it?

Paula has been married to Robert for many years. They have a daughter who is about to become eighteen. Paula left her ambitions to be an actress to raise her daughter and to support Robert in his career. He’s a regular on a long running day time TV show.

Paula is pretty content with her life. She has no idea her marriage is anything but perfect. That is until she finds out he’s having an affair.

She decides to get revenge before she confronts him. She wants to make him fall back in love with her before she breaks his heart.

I loved Jane’s previous novels and I am a big fan of her style of writing. It is not hard to fall into her stories and this book was no exception. I was completely hooked.

There were many moments when my sympathy went from one character to another and back again. There were some chapters where I couldn’t believe the behaviour of some of the characters and I wasn’t quite sure how the end was going to go.

This book puts spotlight on the lack of communication within relationships. It will be a relatable plot in terms of how Paula deals with finding out her husband is having an affair.

It had me wondering what I would do in Paula’s situation. I am not sure if I am honest.

The plot and characters were engaging and there were a few twists and turns too. The writing is witty and I couldn’t put this book down to be honest. It certainly did not disappoint. As I was reading, I could see this making a good TV show or movie.
Well done Jane Fallon. Another great novel.

(My Sweet Revenge is due to be released on 12th January 2017 by Penguin. Will be available in UK bookshops and online. Thank you to Netgalley for the review copy.)