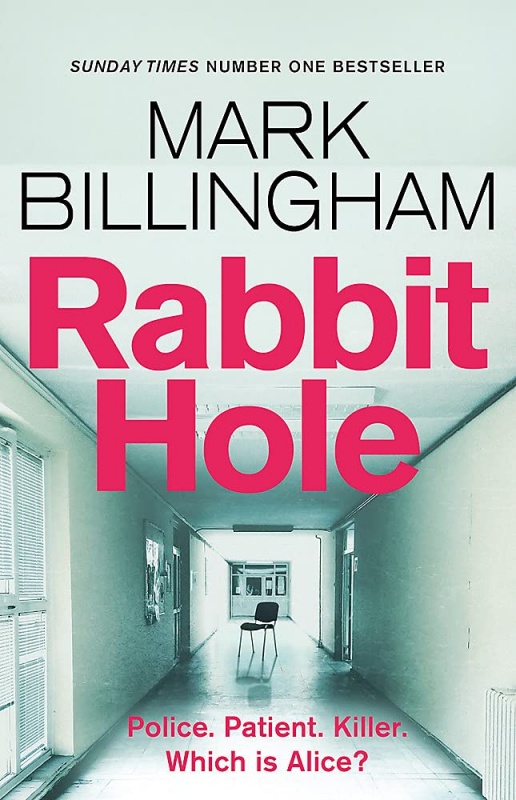 My name is Alice. I’m a police officer.

I’m trying to solve a murder on a psychiatric ward.

But I’m also a patient…

They were meant to be safe on Fleet Ward: psychiatric patients monitored, treated, cared for. But now one of their number is found murdered, and the accusations begin to fly.

Was it one of his fellow patients? A member of staff? Or did someone come in from the outside?

DC Alice Armitage is methodical, tireless, and she’s quickly on the trail of the killer.

The only problem is, Alice is a patient too.

Alice is a police officer.

She’s trying to solve a murder that’s occurred on Fleet Ward; a psychiatric ward where the patients are monitored.

None of them are being very forthcoming when it comes to giving Alice the information she’s after… probably because Alice is also a patient and was there the night the murder took place.

I am a fan of Mark Billingham’s books. I was immediately drawn into this novel. The premise intrigued me a lot. Yes, it is a slightly different direction to Mark Billingham’s other novels but I feel it’s a great one.

I did struggle with the mental health theme at times as there were certain elements I could relate to (I won’t bore you with the details.) I also found it a fascinating insight into the mind of a person who is sectioned in a mental health ward. I could picture the ward and the people, like I was there, seeing it all happen.

I think mental health can be quite a hard subject to get right in fiction but I feel Mark tackled it well with tact, respect and humour.

I really liked the fact that it was told in the first person. It allowed me to really get into Alice’s head. However, I couldn’t be sure how reliable her perception of things were, especially as I got further into the book. The same could be said for the other characters.

There are many gripping twists and turns with funny moments too.

If you’ve read any of my previous reviews, you’ll know that I don’t like to give too much away and this book is no exception.

What I will say is whether this will be your introduction to Mark Billingham’s novels or you’re already a fan, I think this is another great novel from him.

It’s an intriguing, nail-biting thriller. I was hooked from page one and I couldn’t put it down. 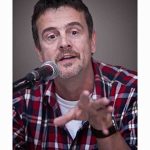 Mark Billingham was born and brought up in Birmingham. Having worked for some years as an actor, a TV writer and stand-up comedian, his first crime novel was published in 2001.

Sleepyhead was an instant bestseller in the UK. It has been sold widely throughout the world and was published in the USA in the summer of 2002.

An acclaimed television series based on the Thorne novels was screened on Sky One in Autumn 2010, starring David Morrissey as Tom Thorne.

His latest novel, Rabbit Hole was released by Sphere on 22nd July 2021.

Mark lives in London with his wife and children.

For more information about Mark and his novels, visit https://uk.markbillingham.com or say hello on Twitter.