It is time for another book haul. I have brought and been sent some great and interesting titles this month and I wanted to share five of them with you. The five books below have been sent via publishers. What books have you received/brought this month? I’d love to know in the comments box below. 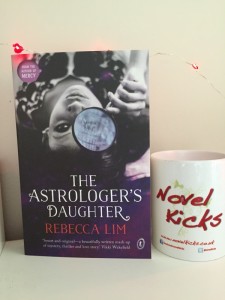 The first book is The Astrologer’s Daughter by Rebecca Lim.

I am loving this cover. This is the first book I will have read by Rebecca Lim (she is the author of the Mercy series) and I am looking forward to reading this book. It sounds very interesting. It is published by Text Publishing on 25th June 2015. It’s available in paperback and also as an e-book. Here’s the blurb:

The Astrologer’s Daughter is the story of Avicenna Crowe, whose astrologer mother has suddenly gone missing. Avicenna Crowe’s mother, Joanne, is an astrologer with uncanny predictive powers and a history of being stalked. Now she is missing. The police are called, but they’re not asking the right questions. Like why Joanne lied about her past, and what she saw in her stars that made her so afraid.

The second novel is The Word Exchange by Alena Graedon. 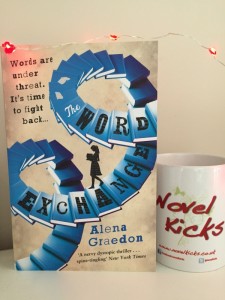 This book is one I am particularly looking forward to reading. It sounds very intriguing and I very much like the sound of the premise. It was one of those ideas that, when I read the blurb, I said to myself ‘I wish I had thought of that idea.’ Available in paperback and electronically, it’s published by W&N (18th June 2015.)

Words are under threat. It’s time to fights back . . .Imagine a world without words. A world in which books, libraries and newspapers are things of the past. A world where personal devices provide all you could want or need.

Anana Johnson and her father, Doug, are hard at work on the final edition that will ever be printed of the English Dictionary. But one evening, Doug disappears and Anana unearths a single written clue: ALICE.

In the battle to save her father, Anana discovers secret societies, dark incinerator rooms and underground passages. Above all, she finds a world that faces ruin from the dark side of technology.

The third novel in my haul is The Dandelion Years by Erica James. 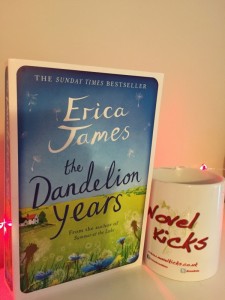 I have recently been sent the paperback edition of Erica’s novel which was released by Orion on 18th June 2015. It is such a pretty cover (I know, I have a thing for covers.) It is a summery cover and I imagine it’s perfect for reading out in the sun (when it does show it’s face.) The story does sound very interesting and I look forward to reading it. The blurb is:

Ashcombe was the most beautiful house Saskia had ever seen as a little girl. A rambling cottage on the edge of a Suffolk village, it provided a perfect sanctuary to hide from the tragedy which shattered her childhood.

Now an adult, Saskia is still living at Ashcombe and as a book restorer devotes her days tending to broken and battered books, daydreaming about the people who had once turned their pages. When she discovers a hidden notebook – and realises someone has gone to a great deal of trouble to hide a story of their own – Saskia finds herself drawn into a heart-rending tale of wartime love.

The Year of Marvellous Ways by Sarah Winman is the fourth novel I wanted to share. 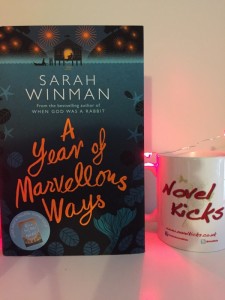 Again, another beautiful cover, this book is published by Tinder Press (18th June 2015,) and tells the story of Marvellous Ways. It’s available as a hardback and electronically too. The plot sounds really good and I loved Sarah’s previous novel, When God Was a Rabbit. The blurb:

Marvellous Ways is eighty-nine years old and has lived alone in a remote Cornish creek for nearly all her life. Lately she’s taken to spending her days sitting on a mooring stone by the river with a telescope. She’s waiting for something – she’s not sure what, but she’ll know it when she sees it.

Drake is a young soldier left reeling by the Second World War. When his promise to fulfil a dying man’s last wish sees him wash up in Marvellous’ creek, broken in body and spirit, the old woman comes to his aid.

The last book in my haul is An Ember in the Ashes by Sabaa Tahir.

This has got to be one of my favourite covers. So pretty! I was excited to receive this book and I look forward to reading it. It’s available in hardback and as an e 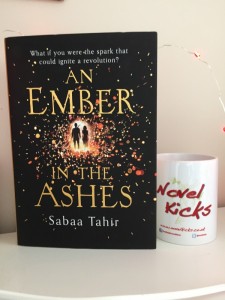 book and is published by Harper Voyager (4th June 2015.) The blurb:

What if you were the spark that could ignite a revolution?

For years Laia has lived in fear. Fear of the Empire, fear of the Martials, fear of truly living at all. Born as a Scholar, she’s never had much of a choice.

For Elias it’s the opposite. He has seen too much on his path to becoming a Mask, one of the Empire’s elite soldiers. With the Masks’ help the Empire has conquered a continent and enslaved thousands, all in the name of power.

When Laia’s brother is taken she must force herself to help the Resistance, the only people who have a chance of saving him. She must spy on the Commandant, ruthless overseer of Blackcliff Academy. Blackcliff is the training ground for Masks and the very place that Elias is planning to escape. If he succeeds, he will be named deserter. If found, the punishment will be death.

But once Laia and Elias meet, they will find that their destinies are intertwined and that their choices will change the fate of the Empire itself.

In the ashes of a broken world one person can make a difference. One voice in the dark can be heard. The price of freedom is always high and this time that price might demand everything, even life itself.