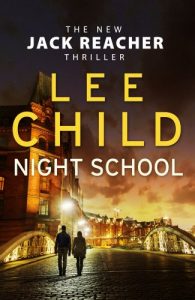 I wanted to share six of the new book releases I’m excited about for April.

It’s April. Already four months into the year. It’s also great to finally see some sun, even if it’s only a glimpse. We need to make the most of it whilst we can.

Another month means another set of new book releases and this month has a cracker of a list of new novels.

First up is Night School by Lee Child (released by Bantam Press on 6th April.)

This is the twenty-first outing for Jack Reacher and this title gets its paperback release this month. This novel sees Jack Reacher go back to his army days but now he is not in uniform.

With Sergeant Frances Neagley at his side, he must carry the fate of the world on his shoulders. 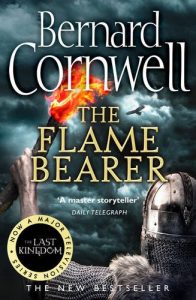 Another series to see a new release is The Flame Bearer by Bernard Cornwell (due to be released by Harper on 20th April.)

This is the tenth book in the Last Kingdom series and is also being released in paperback.

Britain is in a state of unease. Northumbria’s Viking ruler and Mercia’s Saxon Queen have agreed to a truce.

England’s greatest warrior, Uhtred has at last got a chance to take back the home his Uncle stole from him many years ago and is where his scheming cousin still lives.

However, enemies distract him from his dream and new ones enter the fight for England’s kingdoms. Uhtred is determined to reclaim his birth right but he will need all the knowledge he has gained to try. 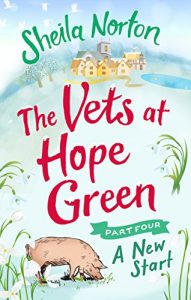 Part four is called A New Start and it’s about living the simple life.

The last few months have not been easy for Sam. Her dream to become a vet is becoming a reality but facing the pitfalls, struggles and heartbreak in her job are not easy. There is joy too.

Her thoughts turn to her own child. Will she be able to cope once the baby is born? Will a fatherless child be OK?

As previously mentioned here on the blog, Paper hearts and Summer Kisses by Carole Matthews got released by Sphere on 6th April and has a beautiful spring inspired cover. I just smile looking at it. 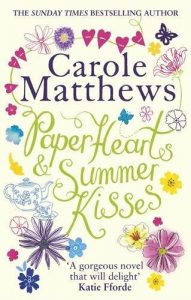 (We took part in the blog tour for this book. The competition to win a copy is still open (until 13th April.) Check it out: nominate someone to win Carole’s new book)

The Woman Who Met Her Match is the new book by Fiona Gibson and is going to be released in eBook on 13th April with the paperback following on 20th April via Avon Books.

Fiona writes with warmth and humour and I look forward to reading this book. What if your first love reappeared thirty 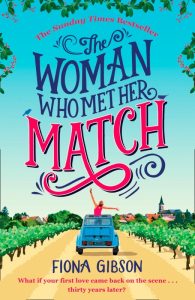 Lorrie is calling time on online dating. She is in her 40’s and single but she has got a good job, wonderful children and is she happy. She decides that is enough.

That is, until she receives contact from Antoine – a summer romance from thirty years previously and he wants to see her.

Can she run off to see the man who broke her heart?

Daughters of Castle Deverill by Santa Montefiore was released in paperback on 6th April by Simon & Schuster.

1925 and the war is over but so much has been lost, life will never be the same again.

Castle Deverill has burned down. It has been home to the Deverill family for hundreds of years. Young and flighty Celia is determined to restore her family home to its former glory.

Celia married well and has the wealth. She can’t bear to see the castle neglected. Dark shadows gather though. Everything that felt so certain is once again in doubt. 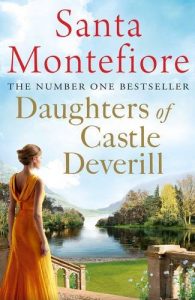 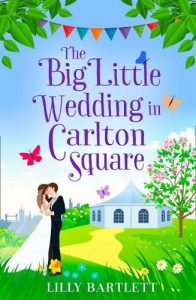 The final book I wanted to mention today was The Big Wedding in Carlton Square. Released in eBook on 7th April, this is the new book by Lilly Bartlett (the new pen name for the fabulous Michele Gorman.)

The paperback due out in June and is being released by Harper Impulse.

Emma realises how different she and her boyfriend Daniel are when he pops the question with a ring the size of a small country. She’s Eastenders to his Made in Chelsea.

She wants a small ceremony whereas Daniel’s mother is expecting a society do that will be unforgettable.

How can Emma meet this expectation on a shoe string budget? Not to mention the politics surrounding the guests.

It’s three months until the big day. Will Emma’s wedding end in disaster?

Which books are you looking forward to reading this month?