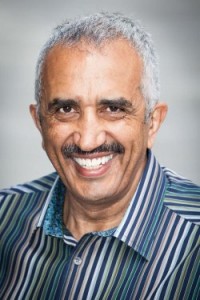 The way I write is evolving as I gain experience. At first I began with just the main characters, an inciting incident – the ‘what if?’ question – and an ending. I had a vague idea of the bit in between. This meant that some scenes I wanted to include fell by the wayside and I had to do a lot of rewriting. I now prepare a more detailed plot which I make sure I keep to. I still have to do a certain amount of editing and rewriting but try not to do too much whilst writing the first draft as it slows the flow of the story.

Coffee and music, I need caffeine before I start and music whilst I write. I work on several projects, so depending on my mental state, I chose the work that I feel best able to face. I start by reading the last piece I wrote, make any obvious changes and then I’m ready.
In Becoming a Writer, by Dorothea Brande, she suggests exercises to get you into the habit of writing and I would recommend it to aspiring writers. 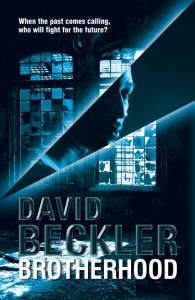 Dave Robicheaux and Clete Purcell on a night out in New Orleans – It wouldn’t be boring.

An Instance Of The Fingerpost by Iain Pears, The Cornish Trilogy by Robertson Davies and In Electric Mist With Confederate Dead by James Lee Burke, the first of his books I read.

This varies, my editor would say something like ‘clench’. I like bugger, although I rarely write it.

Do you cast your characters?

I start with an outline of their personality – this can be detailed – and they grow as I write. When they act in a particular way I try to understand why and add this to their profile. If I get them to do something the plot requires, but feels out of character, I know then they’ve come to life.

I have the usual collection of rejections from agents so I tried smaller publishers willing to consider un-agented authors. There is a growing number and they are more willing to take a chance on new writers – especially those without a classic writing background – than the agents who act as the gatekeepers to the big publishers.

What is the hardest/easiest thing about writing?

Easiest is when you’re ‘in the zone’ and words flow. When that happens I can’t wait to get to my PC and start the day’s work, often getting up at four in the morning so I can crack on. The hardest is recognising writing that has no place in your novel – it might not be bad but it doesn’t belong. You have to cut it and seeing thousands of words deleted is hard.

1. Write – it’s easy to find reasons not to.
2. Decide why you’re writing – is it for you, friends or are you serious about it.
3. Find a good writing group – writing can be lonely and connecting with like-minded individuals who can support/advise/critique your work is very useful.
4. Parting aspiring authors from their money is a growing business so beware who you trust.
5. Be prepared for rejection but don’t give up
6. Set yourself deadlines.

I’m working on two novels. Sunlight is a political/crime thriller which introduces Antonia Conti, a tenacious young woman determined to fight injustice. I’m also working on a follow-up to Brotherhood, as yet untitled, which features Adam and Byron. It’s set in London of 2001, three years after Brotherhood. Both should be out in 2015.

David spent his first eight years living on an agricultural college in rural Ethiopia, where his love of reading developed. After dropping out of university he became a firefighter and later a businessman. He began writing in 2010, working on his first novel in his spare time, a crime thriller called Brotherhood. He likes writing about protagonists with a strong moral code who don’t fit in with conventional society. He also enjoys writing about baddies and how they arrived at their fallen state. When not writing he tries to keep fit, socialise and feed his voracious book habit. His website has more details. www.davidbeckler.com