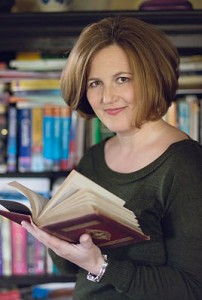 Lauren Westwood is the author of Finding Home and I’m pleased to be welcoming her to Novel Kicks. Hi Lauren, thank you so much for joining me today. Can you tell me about your debut novel, Finding Home and how the idea originated?

Thank you for having me and Finding Home on your blog today!

The idea for the novel started over six years ago when my partner and I were looking to move out of London when our daughter was born. We both love old houses, and were looking for ‘the right’ house within commuting distance of our workplaces. Unfortunately, our search area kept expanding and pretty soon, we were looking in a huge area that had estate agents scratching their heads. Let’s just say, I encountered many during this process! When we did eventually find ‘the right’ house – three of them, in fact – and put in offers, we ended up getting gazumped by other buyers. It took several years before we finally got lucky. Overall, it was quite an emotional process – sometimes stressful, sometimes exciting – and I sometimes felt like I was living in a novel. Based on my own experiences, I could see how a young, somewhat quirky, romantic like Amy Wood could find the process captivating – and fall in love with a crumbling old house like Rosemont Hall.

How do you approach the process of writing – do you plan much? Edit as you go?

I normally have the basic idea in my head and also some plot milestones – so I know point A and point B in advance, but not necessarily how I’m going to get there. In general, I try to write the first draft through without going back too much. For me, that makes the ideas flow more freely, and I’m often surprised how a scene ends up. However, I am trying to be a little more disciplined with my next novel, and doing more plotting in advance. It has more of a mystery focus, and that requires more early thought on pacing, clues, and structure.

Can you tell me a little about your typical writing day and do you have any rituals (writing in a particular place, must have a hot drink, write in silence?)

I wish I had a typical day! When I first started writing almost ten years ago, I did a lot of writing in a notebook during my commute. Back then I had more time, and longer quiet moments to write. Nowadays, life is pretty full-on with three children, working as a lawyer, writing, and doing publicity. I rarely have a quiet moment, so I’ve learned to work more efficiently, and with more distractions.

My best writing time is usually mornings. I get up very early, put the coffee maker on, and type away in the kitchen before the children get up and it’s time for work and the school run. When I’m working on something new, I try to do at least 500-1000 words a day. If I have more time, I try to do some editing on something else. My favourite part is ‘getting in the zone’ and putting the words down for the first time. I’m less keen on the editing part!

What was the biggest challenge in writing Finding Home?

I loved writing Finding Home, and I enjoyed seeing the world through Amy Wood’s eyes. It was my intention at the beginning to combine the three genres I love reading – humour, romance, and mystery. However, in the compartmentalised world of publishing, this created a bit of an issue. At various times, I think I got discouraged by some of the feedback I got along the way, as it didn’t tick only one box – is it a romance? Is it a mystery? Is it funny or serious? I wanted it to be all of these things, and in the end, I tried to go with that vision. I think it’s a much better book for all of the time I spent working and reworking it, but those times I lost confidence along the way were challenging. 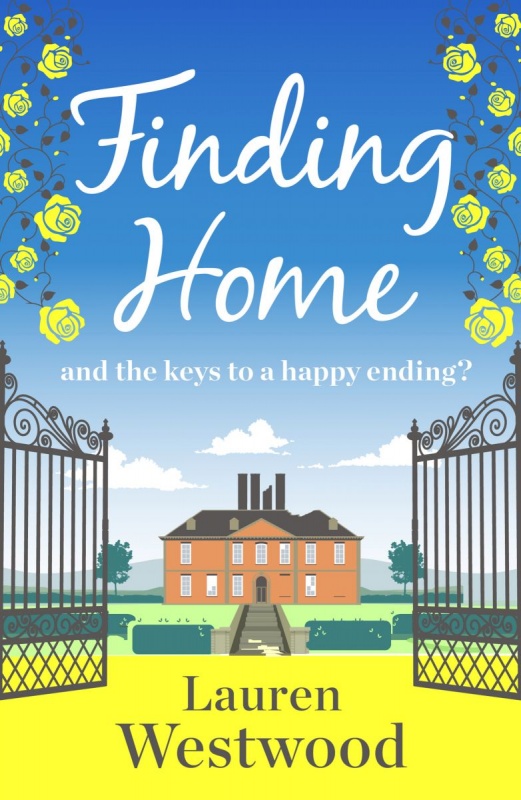 Do you cast your characters and if so, who did you have in mind for Amy?

I didn’t have an actress in mind when I wrote her, but I did come across someone on facebook whose photo matched my mental picture. For an actress I would say maybe Anne Hathaway – or Emma Watson – who wouldn’t want Emma Watson?

Which fictional character would you like to hang out with for the day and why?

I was going to say Elizabeth Bennet, as she’s witty and fun. But let’s face it – probably I’d rather spend the time with Mr Darcy – for obvious reasons!

Probably something with ‘Momma’ and ‘Crazy’ in the title.

If you could live anywhere in the world, where would you be?

I’m American, and a bit of an Anglophile. I grew up reading books about lovely, quirky old English houses. I had a dream of moving to England – which came true in 2000 when I persuaded the law firm where I was working to transfer me to their London office. The bedsit in Hammersmith where I lived then wasn’t quite the dream! I moved to a tiny flat in Hampstead, and then when I met my partner, we moved to a house in Richmond under the Heathrow flight path. Eventually we moved out of London to Surrey and now live in a lovely old house. It’s not a bed of roses – there are always a million jobs that need doing just to keep it standing and watertight. But I do really like living here. I only wish that California was a lot closer so that my mum could come here more often to help with the kids!

If you were only allowed to own three books, which three would you have?

The complete works of Jane Austen

The Lord of the Rings trilogy

Bill Bryson’s ‘A Short History of Nearly Everything’

What advice do you have for anyone who is thinking of writing a novel?

First, I’d say, try to turn off your inner critic in writing a first draft. Don’t worry about whether it’s ‘good’ or not – just finish. Once you have a beginning, a middle, and an end, then you’ve done it – you’ve written a novel. All the rest is just editing.

Second, it is helpful to get some support in what is otherwise a fairly lonely pursuit. I took a course where I met other writers. We formed a critique group that is still meeting ten years on. There are also online groups like NaNoWriMo, which are great when you are trying to write something new.

Third, there are lots of easier ways to gain fame or fortune, so make sure that you enjoy some part of the process – be it the free writing, the plotting, the editing, or the publicity. I’d suggest to that you write a book that you would want to read – you have to live with the characters in your head for a long time during the process, so make sure they are welcome guests!

Lauren Westwood is a writer of women’s fiction and a solicitor for a renewable energy company. Her debut women’s fiction book Finding Home was inspired by her family’s three-year long search for a house that made them the bane of home county estate agents. Originally from California, she now lives in a pernickety 400 year-old house in Surrey, with her partner Ian and their three young daughters. Her next novel, Finding Secrets will be published by Aria (Head of Zeus) in April 2017.