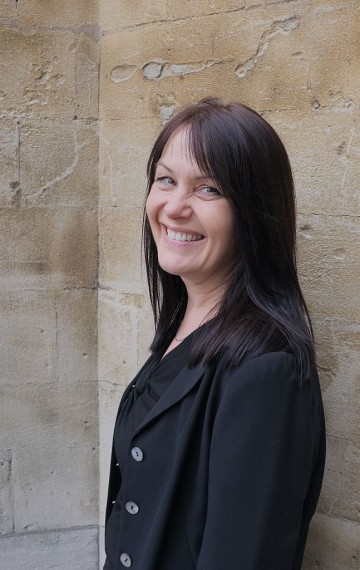 I’d like to welcome author, Marianne Kavanagh to Novel Kicks today and her blog tour for her latest novel, Don’t Get Me Wrong which is due to be published by Text Publishing on 24th September 2015. Today, Marianne is talking about her writing process for her latest book, how it was different from writing her previous novel and that it was mostly down to one of her characters. Over to you, Marianne.

Writing DON’T GET ME WRONG was much harder than writing FOR ONCE IN MY LIFE. I blame Kim. Right from the beginning, there she was, angry and illogical. She resisted all attempts to soften her, although I did try to show how often she cried in private. As a result, the plot kept hitting a brick wall, as she simply refused to compromise. You or I would have gone in for some soul-searching. Where am I going wrong? Should I try to get to know Harry better? But Kim just blunders on, infuriating all those who love her, until she is faced with the one event she can’t control.

My second difficulty was that the central tragedy was based on personal experience. So writing the middle part of the novel was very painful. I felt angry and lost all over again. My husband Matt kept having to remind me it was fiction. I think now, looking back on it, that living through it a second time was a way of finally making peace with the past. But the end of 2013 was not a good time.

I loved writing about Grace, Kim’s passive-aggressive mother. She has my favourite line in the book (it’s about cats). Jake – with his appalling business-speak – is an amalgam of all the worst managers I’ve ever met. So the people in the novel were a pleasure to work with. But style was tough. I found myself writing in short visual scenes rather than one long narrative, mainly because Kim and Harry lead very separate lives. It allowed me to alternate points of view. But it did mean that vital bits of information often had to come out through dialogue.

Izzie eventually makes Kim face reality. From what I can see in early reviews online, the device I use to do this hasn’t been clear to everyone. It was a gamble, I think, because I’m asking the reader to work quite hard. Let me know what you think – I’d really like to know whether it works for you.

Harry is a banker – a job I chose on purpose because bankers are universally reviled (it was either that or a traffic warden). So I had to do an enormous amount of research into how investment banking works – and what Syed could have done that would have Harry desperate to stop him going to prison. Unfortunately, the acknowledgements were somehow missed in the UK edition, so this is a wonderful opportunity to thank Stephen Ireton, Pavi Sidhu, Manolo Pedrini, Tony Williams and Alexandra Fabian for all their financial expertise. They were very kind, as I really was having to start from scratch. Stephen also filled me in on posh restaurants, which was a relief, as I don’t normally eat anywhere but Pizza Express.

So overall, DON’T GET ME WRONG was quite a challenge. I was going to prove that by telling you how many drafts there were. But I don’t think I can bear to admit it. 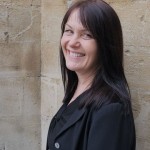 Marianne Kavanagh is a writer and journalist.

She has worked on staff for Woman, the Tatler, the Sunday Telegraph magazine and British Marie Claire, and has contributed features to a wide variety of newspapers, magazines and websites, including the Telegraph, the Guardian, the Daily Mail, Woman & Home, Good Housekeeping, Easy Living, Red and My Daily.

She lives in London.

Don’t Get Me Wrong is published by Text Publishing will be available to buy from the 24th September from most UK bookshops and online. 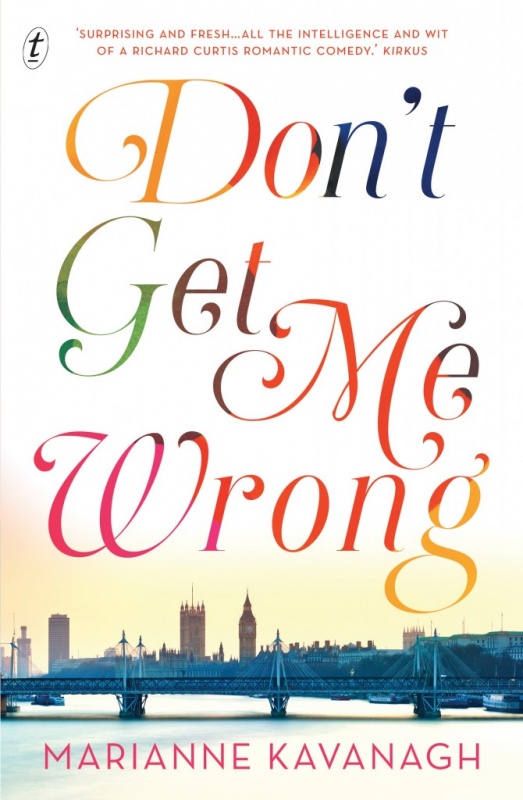 My Verdict on Don’t Get Me Wrong:

Londoners Harry and Kim are complete opposites, but happen to have their favourite person in common – Kim’s free-spirited sister Eva. Kim can’t understand what Eva sees in stuck-up stockbroker Harry and spends her childhood trying to keep him away from her precious relationship with her sister. It seems like they’ll never understand each other, that is until tragedy strikes and Kim and Harry are thrust together to unite in support of Eva’s son Otis. Faced with the possibility of losing the person they both love most, long-buried secrets come to a head in ways both Kim and Harry could never expect.

I have to admit, it took me a while to settle into this novel and I am not entirely sure why because once I’d got into my stride with it, I couldn’t put it down and by the end, I had really connected with the characters.

It does jump between characters a little with no chapter headings to indicate who’s being focused on but even that wasn’t too much of a problem the further I got into the book as it becomes clear that each character has their own voice and point of view.

Kim is a very complicated and stubborn character. This makes her very frustrating. She wants to do everything herself and is not good at asking for help. Harry continuously tries to offer her help and this causes conflict for Kim. She decides on first impressions that she doesn’t like Harry and the poor guy spends most of the novel trying to understand why this is. By the end, I wanted to bang Kim and Harry’s heads together and tell them to communicate better. This book is a perfect example of how assumption and misunderstanding can screw everything up.

All the way through, I didn’t think Harry deserved the treatment he was getting from Kim but he’s also not very open with her about his history. I really did not like Jake but I think that’s the point.

The plot moved along nicely in my opinion. It is told mostly from Harry and Kim’s point of view and each character got their fair share of page time and was therefore developed well. I would have liked to have seen a few pages from Eva’s point of view. Tragedy strikes in this story for these characters and it’s very sad and I did become a little emotional.

Overall, this book was a lovely and emotional look at these three people and how misunderstanding and lack of courage can shape a person’s life. I think it’s a great novel to take away on holiday if you’re lucky enough to escape this rain. It’s also a good novel to read/study if you’re looking at writing a novel from varying view points.