Book Extract: Sign of the Times by Susan Buchanan 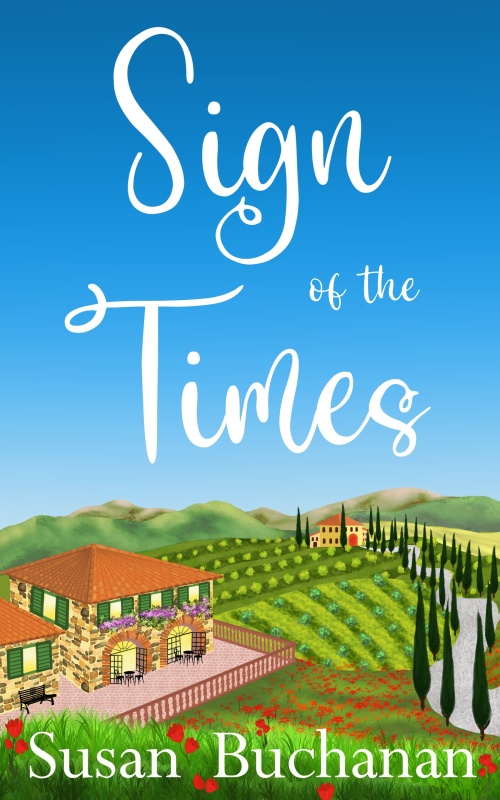 I’m pleased to be welcoming Susan Buchanan to Novel Kick today. She is here with the blog tour for her book, Sign of the Times.

Sagittarius – Travel writer Holly heads to Tuscany to research her next book, but when she meets Dario, she knows she’s in trouble. Can she resist temptation? And what do her mixed feelings mean for her future with her fiancé?

Gemini – Player Lucy likes to keep things interesting and has no qualms about being unfaithful to her long-term boyfriend. A cardiology conference to Switzerland changes Lucy, perhaps forever. Has she met her match, and is this feeling love?

Holly is the one who links the twelve signs. Are you ready to meet them all?

A tale of love, family, friendship and the lengths we go to in pursuit of our dreams.

Grab that comfortable chair, a cup of tea/coffee/hot chocolate and enjoy this extract from Sign of the Times that Susan has shared today.

Czeslawa, her husband and daughter have just moved from a bit of a slum in Edinburgh, to a tiny village about ten miles from Glasgow. This is the first time the whole family has seen the village and they’ve arrived right in the middle of the gala day.

Czeslawa slipped her hand into her husband’s and they followed their daughter through the thronging crowds. There were stalls selling local produce, bring and buy stands, a tombola and face painting. Everything she’d expected a village fair to offer. Angelika ran ahead shouting, ‘Look, Mummy, look, Daddy, they are painting their faces. Look, Mummy, there are carts.’ Wojciech and Czeslawa smiled and made all the appropriate noises to Angelika’s exclamations.

‘Daddy, I want one of those teddies,’ Angelika said, pointing to prizes at a hoopla stall.

‘We need to start talking to her in English,’ Czeslawa said.

‘Then you’ll have to learn English, and I’ll have to improve,’ said her husband, putting his arm around her.

Wojciech and Czeslawa exchanged a glance, then Czeslawa said, ‘Go on.’

‘C’mon, Lika, you can do it!’ her parents shouted, in Polish, which attracted a few stares. She finished second. Two minutes later, she took part in her first awards ceremony. They hadn’t seen inside their new home yet, but their daughter had already won a medal, already a part of the community.

Angelika stared open-mouthed at the young girl with the golden curls, wearing the pretty dress, looking like a bridesmaid at a wedding. The official slipped the sash reading ‘Kings River gala queen’ over her head. An important-looking man, perhaps the local councillor, placed a sparkly tiara on her head and a bouquet of mixed blooms in her hands. The crowd cheered, then the marching band played a few numbers before the crowd dispersed, some parents being dragged to the face-painting stand, others trawling their children to the ever-popular raffle. After a pleasant two hours of wandering around, they decided it was time to go and meet their new home.

‘It’s beautiful,’ said Czeslawa. It was a four-in-a-block terraced house, with a UPVC door, red tiled roof and pebbled walls. The long hall led to a kitchen on the left-hand side after an adequate bathroom, with new-looking three-piece suite. The lounge was at the end of the hall and very spacious, although had no real room for a dining table. The two bedrooms were on the right and she was pleasantly surprised at their size. She would be able to set up a little desk in the corner over there, with a computer. She hugged her husband. Angelika barrelled into her as she returned from racing around the house, eager to explore her new surroundings.

‘Thank you, Wojciech. It’s perfect.’ They’d been lucky to hear about it. His friend’s sister had previously rented it. 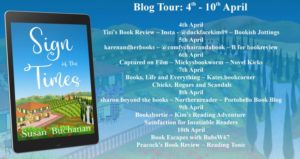 ‘Yes.’ She answered him in Polish then remembered they should be speaking English. But it was hard, and they were proud and didn’t want Angelika to forget her roots. Sighing, she followed her husband’s footsteps outside to the van.

An elderly man came out to meet them as they manoeuvred a chest of drawers up the path. ‘Hello. I’m your neighbour, George Kelso.’

Czeslawa wiped her hands on her jeans and said, ‘Nice to meet you. Czeslawa.’ She held out her hand to shake his.

He scrunched up his eyebrows. ‘Ches-what?’

‘Czes-lawa,’ she emphasised for him. ‘This is Angelika,’ she said, proudly pushing her daughter forward, ‘and this is my husband, Wojciech.’

‘Watch ek? What kind of name is that?’

‘Ah, I thought it was foreign. Well,’ he said, looking them up and down, ‘you seem all right. I’m sure you won’t be any trouble.’

Czeslawa was indignant, but didn’t want to upset her new neighbour so soon. Restraining herself, she said, ‘You are right. We are not any trouble. Perhaps we see you later, but now we have to take furniture inside.’ She turned on her heel.

‘Well, he was charming,’ Wojciech said.

‘I have a good feeling about this place. It will be fine.’

Wojciech is always so optimistic.

A few hours later they slumped on the sofa, exhausted. At least their belongings were inside. It was dinner time and Czeslawa ached for bigos, but she’d have to wait until she had time to do some shopping as she didn’t have all the ingredients for the stew. As Wojciech handed her a pan from one of the boxes marked ‘Kitchen’ and searched for plates, Czeslawa made potato and cheese pierogi. She hoped the cottage cheese was OK; it had been in the van longer than intended.

‘This is lovely,’ her husband said.

Czeslawa was so happy. They would overcome the man next door. Contented, she tucked into her pierogi, savouring the bacon which accompanied them. 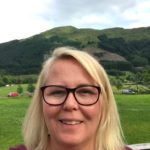 Susan Buchanan lives in Scotland with her husband, their two young children and a crazy Labrador called Benji.

She has been reading since the age of four and had to get an adult library pass early as she had read the entire children’s section by the age of ten.

When not working, writing, or caring for her two delightful cherubs, Susan loves reading (obviously), the theatre, quiz shows and eating out – not necessarily in that order!

2 Responses to Book Extract: Sign of the Times by Susan Buchanan