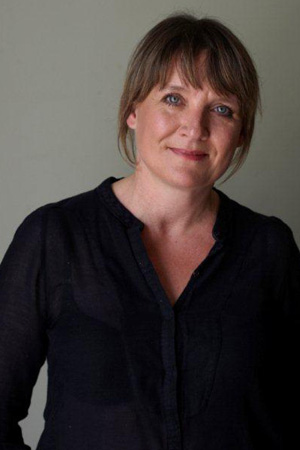 Jane Sanderson is the author of This Much is True which was released in June 2017.

After decades in a deeply unhappy marriage, Annie Doyle can barely bring herself to care that her husband Vince is finally about to die.

But as the family gathers to see out his final days, Vince utters a single word that will change everyone’s lives completely:

Who is Martha? And why is Annie so quick to dismiss the mention of her name?

As Annie’s long-held secrets start to emerge, the lives of everyone she holds dear will be changed forever…

Hello Jane, thank you so much for joining me today and congratulations on the release of your book, This Much is True. What was your typical writing day like when writing this book?

Ah, if only there was any such thing. Every day seems to be different, depending on what other demands there are on my time. I work at a desk in my bedroom at home, and am easily distracted by almost everything that happens around me: dogs barking downstairs, postman knocking at the door, phone ringing, washing to be done, drying to be folded, dogs to be walked, dinner to cook … do you get the picture?! I write between all those other activities – half an hour here, an hour there – until the book gets more than halfway finished, and then I always make a priority of it, find the discipline to turn a blind eye to other things, and forge ahead to the end. On the whole, I’m probably most productive either very early in the morning, or late in the evening.

Can you tell me a little about This Much is True and what inspired the novel?

It was actually inspired by walking my dogs, here where I live, in Herefordshire. But that really was just a starting point for a story about secrets, lies, and the redemptive powers of friendship. Annie Doyle is a deceptively complex woman, whose ordinary existence hides some extraordinary truths, and who can only deal with the miseries of her past by ignoring them. I wanted Annie’s fledgling friendship with Josie and Sandra to be a catalyst for change; through their example she begins to see another way of being. Of course, I also wanted to explore the idea of secrecy in friendships too – the lines we don’t cross, the things we never tell. Annie has more to hide than most of us, but I believe we all protect our secret selves, to one extent or another.

Do you have many pages of planning and research for this book or did you just see where it took you?

I have a notebook with random memos to myself about things I mustn’t forget, but that’s all. I research as I go, and I don’t really plan at all. It sounds like a recipe for disaster, but it works.

What’s the editing process like for you – how do you approach it?

It’s a fluid process, and I edit (that is, rewrite, correct, add material) as I write, rather than at the end. I don’t do drafts – my first draft tends to be my only draft, but it will have undergone an awful lot of tweaking as it took shape. Then, of course, the manuscript goes to the editor for their input, and the copyediting stage is equally crucial to weed out the continuity errors and grammatical blunders, but on the whole I try to be as efficient as possible during the actual writing of the story. It’s my journalist’s training, I reckon – it dinned into me the importance of producing ‘clean copy’.

What elements do you feel make a good novel?

Great characters and believable dialogue. If those elements are in place, I’m happy. Plot matters – of course it does – but sometimes a great novel can actually be about very little; if the reader cares about the characters, and can hear them when they speak, then that’s the basis of a truly good read, in my view.

Do you have any writing rituals – coffee, music, silence, a specific place you need to write?

Silence, generally, and I always write at a small desk at my bedroom window, which has a beautiful view of the Brecon Beacons in the distance, but I have to keep the shutters closed because the light bleaches out my screen! Coffee and tea are essential to my day, whether I’m writing or not.

Anne Tyler has a genius for telling everyday stories of Baltimore folk in a compelling and compassionate way. Carol Birch has a similar talent: I recommend Turn Again Home to anyone, as a masterclass in characterisation and place; she breathes life into the recent past and makes a modern classic of the ‘family saga’. Hilary Mantel’s Wolf Hall and Bring Up The Bodies were sheer genius, and I’m longing for the third and final book to be published. Jane Austen is an enduring favourite from my university years; I go back to her books every five years or so. Right now, though, I’m reading The Songlines by Bruce Chatwin – a rare departure for me into non-fiction – and he’s teaching me a lot about economy of language. It’s all about arranging a few perfect words into a series of perfect sentences. Sounds obvious, but it’s a rare enough talent. 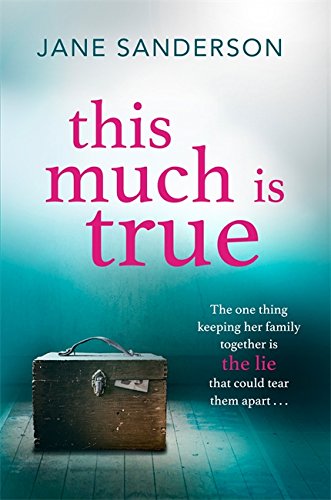 Cockeyed. It’s a word from my Yorkshire childhood, and if you’re not familiar with it, it means wonky. It’s expressive, amusing, and it reminds me of my Grandma – not because she was cockeyed, but because she often used it!

Are you working on your next book? Are you able to tell me anything about it?

My next book has me in its thrall, like no other I’ve written. It’s a love story, and a life story, and there’s music running through it. It’s set in Edinburgh and Adelaide – which means I must go to Australia for the first time in my life. Flights booked for mid-October. I’m going to rent a flat and live there for a month, and write for uninterrupted hours at a time. No dogs, no doorbell, no dinner to cook.

If you could invite any five people to a dinner party, who would you pick and why?

David Lloyd George – a brave politician, a great orator and by all accounts a very entertaining ladies’ man.

Elizabeth David – I don’t think she’d be very easy company, but her cookbooks remain among my favourites and she was such a trailblazer in this country, in the post war years.

Antonio Carluccio – he could help me defrost Elizabeth David, and explain to me once and for all which wild mushrooms I can pick and cook, and which ones would kill me.

Jane Austen – it’s high time she was allowed to let her hair down. I might ask her to make a few notes as the evening progresses, and afterwards I could read her killingly accurate social observations.

Paul Newman, in his Butch Cassidy days – surely no explanation is required. He could stay behind afterwards, to help me wash up.

Who is your favourite fictional character?

Ezra Tull, from Dinner at the Homesick Restaurant by Anne Tyler. He’s a wonderful creation.

Stop thinking about it, sit down, boot up the computer, and get started. Don’t be daunted by the empty page. Get some words down. Find your voice. 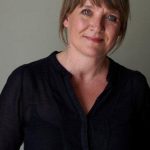 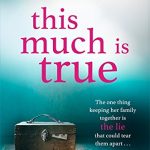 Jane was born in 1962 in Barnsley, and grew up in the mining town of Hoyland.

Jane and her older sister Jackie went to the local primary school and then on to Kirk Balk comprehensive school, ‘which in the 1970s was very good for toughening us up’, says Jane.

After A levels, Jane went to Leicester University to read English, and had three fantastic years there. While still at school, Jane realised that she wanted to be a journalist, and  though she dreamed of working for The Guardian or The Times, she got a job with a trade magazine called the Hardware Trade Journal.

From there, she went to work for a local paper in Oxford, and then on to London, where she had a happy time working for the Hampstead and Highgate Express – where she met her husband – before finally ending up as a producer with BBC Radio, working for The World at One and then Woman’s Hour.

She left the BBC when her second child was born and did the full stay-at-home-mum thing in Crouch End, North London, In 2002, Jane, her husband Brian and their three children moved to a lovely old house in rural Herefordshire. It was there that Jane finally sat down and started to write a novel. Her first attempt got her an agent but not a publisher, but then she wrote Netherwood, and Little,Brown published it in September 2011.

This Much is True was published by Orion in June 2017 and is available in most UK book shops and online.