A Moment With: Claire North Talks About Her Favourite Fictional Characters 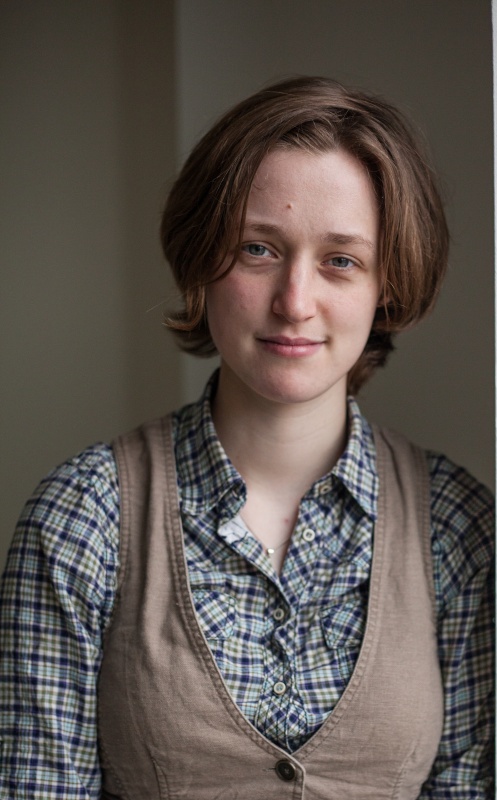 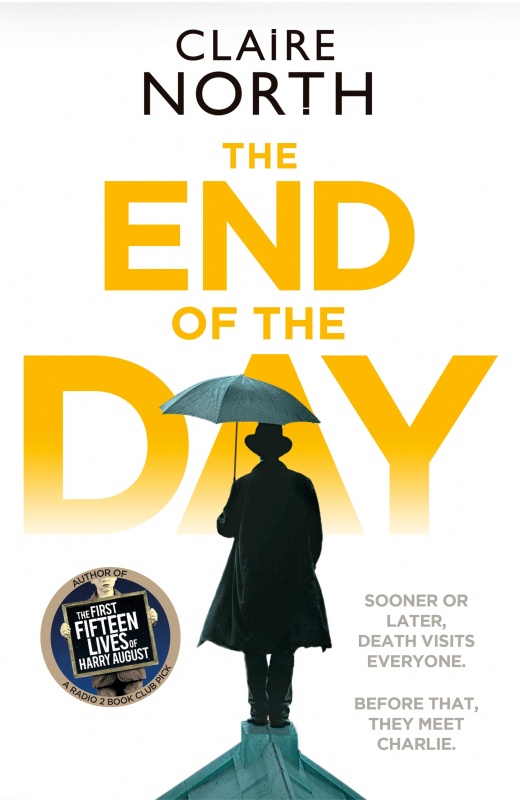 Claire North is the author of The End of The Day which was released by Orbit in Paperback on 24th August.

Claire is with me today to chat about her five favourite fictional characters. Over to you, Claire.

Sam Vimes, from The Discworld Novels by Terry Pratchett

Sam Vimes starts in the gutter, and ends up more or less a superhero. By the time he’s a diplomat for the city of Ankh Morpork, he can swagger into any bar on the Disc, flick ash from his cigar, tip his helmet to the troll at the door and with a casual ‘easy, boys’ seize control of a situation by his sheer grim will and excellence.

He doesn’t have magic powers. But he is a copper. No – a copper’s copper. A policeman down to the soles of his worn-down boots, a loather of paperwork, a duke despite himself, a terrible politician and a seeker-after-of-truth/justice, no matter what gets in his way. And in Vimes, Terry Pratchett came to craft a character who’s superpower is exactly that – policeman as a magic unto itself.

Vimes is also blessed by being married to Lady Sybil Ramkin, a dragon-breeder and lady of an ancient house. It is a union that gave his character even more space to bloom, as his desire to pursue the truth of increasingly tangled and dangerous cases was pulled back from the edge of darkness by Lady Ramkin’s inevitable and necessary cry – “Don’t be ridiculous, Sam!” Separately, they were already cool characters; together they are incredible.

Lessa , from the Dragons of Pern by Anne McCaffrey

There is a great deal about Lessa that’s annoying. Arguably this is in response to provocation – having your family killed, your ancestral Hold stolen from you, hiding yourself in the kitchens of your conqueror for years while planning revenge would certainly help mould you into the headstrong bundle of rage, manipulation and exasperation that Lessa absolutely is. 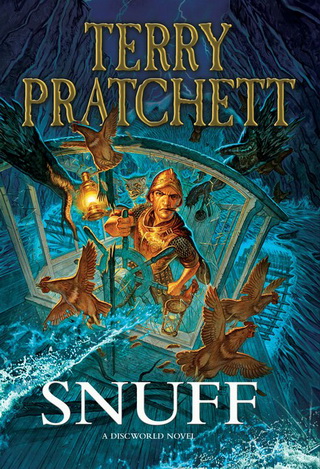 She’s also the rider of a golden queen dragon, a great leader in the fight against the deadly Thread that rains down from Pern’s sky, and the first female character I ever read who was kick-ass excellent, and fully human, and totally indispensable. Try to put yourself in the shoes of a teenage girl who up to that time was still only really encountering books about heroic men doing heroic things while women need rescuing. Try now to imagine how your world explodes when finally – finally – you find a book where not only is the woman a flawed and brilliant character who evolves with the passage of time into someone even more awesome, but who is the irrefutable saviour of Pern despite herself and her flaws.

Lessa is far from the greatest character I’ve ever read; but as a teenage girl learning to love fantasy, her existence rocked my world.

Corwin, from the Chronicles of Amber by Roger Zelazny

Corwin is arguably a far less pleasant character to spend time with than his sprog, Merlin. However, the ambition, vengeance and self-obsession that drives Corwin in book one to do some… really rather unwise things… gives way over time to one of the most interesting and evolved mostly-heroes of fantasy. With the ability to walk through reality – all realities, all that you can ever imagine – and over time acquiring responsibility for maintaining the balance between the universe’s two conflicting poles, Order and and Chaos, Corwin is a character who defies easy description, shares his feelings minimally with the reader, while providing gently humorous narrative on all he sees.

However, like all of Zelazny’s characters, responsibility doesn’t make Corwin pompous, or bad company. Like Sam in Lord of Light – a character who essentially becomes the Buddha in his quest to tear the technology of incarnation out of elitist hands – it’s excellent, go read – Corwin will spend a great deal of time enjoying whiskey and a cigarette while musing over the nature of existence, before wrapping up debate with a merry ‘that didn’t solve anything, but it was better than being impaled by a mad unicorn’. Huge ideas are gently caressed beneath the surface of Corwin’s dry wit, and Zelazny’s casually brilliant imagination. 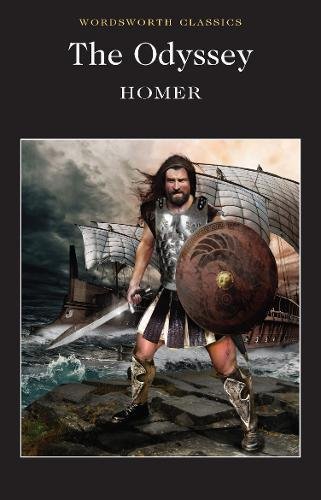 Odysseus’ long-suffering wife, Penelope, doesn’t necessarily have a huge amount to do in comparison with other figures from ancient myth. While the great heroes went galvanting about, she stayed home, and did her duty as a Greek woman: raised the kid and stayed chaste for her distinctly roaming husband.

Except…. she’s also way cooler than that. For twenty years, her husband pisses off to war, leaving her to run Ithaca. While busy being Queen, she’s got to raise a kid from scratch, and for ten years she’s fending off a whole bunch of suitors, unable to tell them to get wellied, because she’s a woman, while simultaneously obliged to keep them in luxury through the codes of hospitality.

Her response? Cunning, gentle and wily as her husband would ever be, only without so much nymph-sex. Leaving aside how people feel about the idea of a woman waiting that long in utter devotion, Penelope is one of the first female characters I remember reading about who knew how to play the political and social game to the full, and who could be strong and true to herself, quietly cunning and determined to protect the things that matter to her at all costs. Unlike so many women in genre, her awesomeness doesn’t come from a sword, but from a beautifully alive intelligence and soul.

Philip Marlowe, from the Marlowe books by Raymond Chandler.

It’s cliché to bring up Marlowe. It’s cliché because since Marlowe’s inception, everyone has copied him so much that we all feel like we know everything about him, in much the same way we all sorta know something about the Beatles despite ourselves.

Marlowe is the private eye everyone has been mimicking for decades. The dry, cutting wit. The willingness to get ten kinds of shit beaten out of him for a dirty, grim honour in pursuit of a case. The endless banter with dangerous dames. The casual ease with which he faces down a gun. The bourbon and the badly paid jobs that he always sees through, ‘cos he’s got a code in this dirty town.

But hell. All the clichés that followed; all the half-baked clones that Marlowe generated, they’re still but a pale shadow stemming from this one source. And half of that isn’t even to do with his character, so much as the writing – the incredible writing that rings out down the decades, bringing to life a time and place that we all feel we know without having ever seen it.

However you feel about the genre that Marlowe spawned, when you go back to the source… you can see why the world of noir changed with his inception. 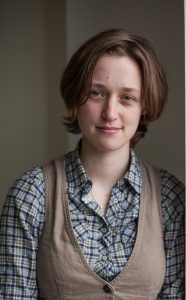 About Claire North/Catherine Webb/Kate Griffin:
Catherine’s first novel, Mirror Dreams, was completed when she was 14 years old. The book was published in 2002 and garnered comparisons with Terry Pratchett and Philip Pullman.

Catherine went on to publish a further seven young adult novels under her own name, earning her extensive critical acclaim and two Carnegie nominations for her novels Timekeepers and The Extraordinary and Unusual Adventures of Horatio Lyle.

Under the open pseudonym Kate Griffin, she has also since published a further six fantasy novels for adults. Dubbed the Matthew Swift and Magicals Anonymous novels, these books are set in an alternate modern-day London saturated with magic. They revolve around the concept that the pulse, the rhythm and the heartbeat of the city and the millions of people living within it becomes a palpable form of magic itself.

In 2014, Catherine released The First Fifteen Lives of Harry August under the pseudonym Claire North. It is the extraordinary journey of one unforgettable character who lives his life over and over again. It became a paperback bestseller and was selected for the Richard and Judy Book Club, the Waterstones Book Club and the Radio 2 Book Club.

A lifelong Londoner, Catherine describes herself as a fan of big cities, urban magic, Thai food and graffiti-spotting, and she is endlessly fascinated by such questions as who leaves copies of the yellow pages on top of bus shelters, how the hidden tunnels beneath the sorting office were built, and why anyone would ever dispose of perfectly good pairs of shoes by throwing them over the nearest telephone line.