Book Review: Let in the Light by Gerard Nugent 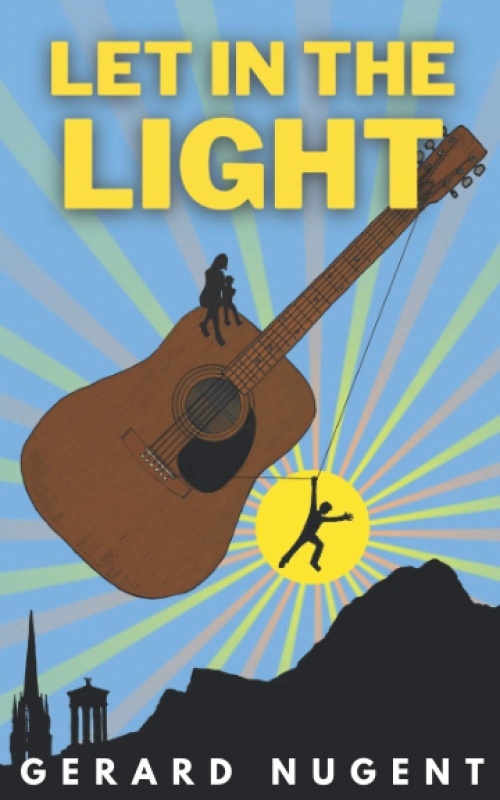 After stumbling into the limelight five years ago, he soon found himself crashing back out of it. Now, he spends his days working in a small music shop in Edinburgh, attempting to live a quiet life as a part-time dad.

But his 15 minutes of fame have taken its toll. His inspiration for songwriting, music and life in general seems to have all but disappeared.

When Richie is given a flyer advertising the first meeting of the Hope Street Songwriters’ Circle, it’s a chance to step back into the world. But after years of hiding away, letting in the light won’t be easy.

Richie finds himself recruited into a band with success that many only dream about. Then, as quickly as fame comes, it goes again, leaving him living in Edinburgh and working in a music shop.

Based on the synopsis alone, you would think that this novel is purely about a musician and his experience with the music industry. However, once I began to read, I discovered it was as much about mental health and how life can imitate art. 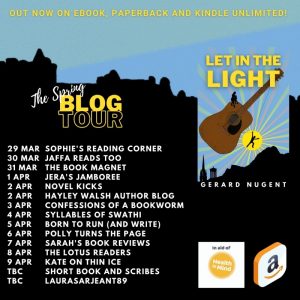 Told from the point of view of Richie, it follows his current situation with flashbacks into his past which gives the reader an understanding of him and why he finds himself on the verge of losing everything. As a character, he is not complicated. He is a man who will do anything for the person he loves most and for that, I empathised with him. He was an easy person to invest in.

With its themes of love, loss and regret, there is not much else I can say about the plot without revealing major spoilers but this was a book that very quickly had me engrossed.

One of the things I liked most about this novel is how it shines a light on the important subject of men’s mental health and how ‘not every day can be an anthem. Some days will be in a minor key, and that’s OK.’ I feel that this is such a key message to put across – that it’s OK to not feel OK all the time. Right now, I think this is something everyone needs to hear.

Overall, Let in the Light is a compelling gem of a novel that had me up reading well past my bed time. It’s a great book with a wonderful message at its heart and I recommend it. I am intrigued to see what Gerard Nugent does next. 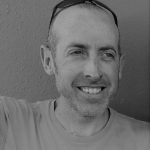 Gerard Nugent is a writer living in Yorkshire.

‘Let in the Light’ is his debut novel, although he has been writing songs for years. Gerard was born and raised in Edinburgh, Scotland.

He moved to England in his 20s and worked in various northern towns before settling in beautiful Yorkshire with his family and two guinea pigs.

In 2019, he attended a writing class to help him generate ideas for further songwriting, but, instead, started writing a novel.

Profits from the book will be going to Health in Mind – an Edinburgh based charity that creates awareness of mental health and wellbeing within communities. https://www.health-in-mind.org.uk/

The eBook and paperback edition are available on Amazon UK.