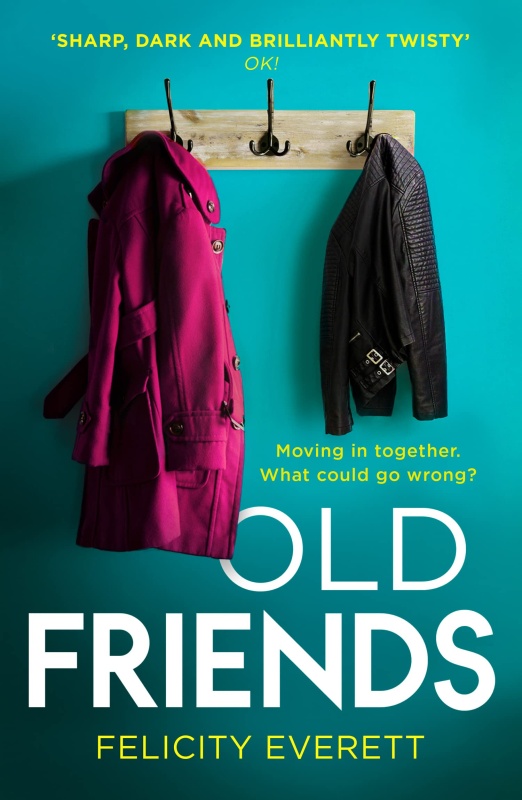 Moving in together. What could go wrong?

Two couples, best friends for half a lifetime, move in together. What could possibly go wrong…?

Harriet and Mark have it all: successful careers, a lovely house in a leafy London suburb, twin boys on the cusp of leaving home. Yvette and Gary share a smaller place with their two daughters in a shabbier part of the same borough.

But when the stars align for a collective move north, it means a fresh start for them all. For Mark, it’s a chance to escape the rat race; for Harriet, a distraction from her unfulfilled dream of a late third child. Gary has decided to reboot the Madchester band that made him famous, while Yvette hopes it will give her daughters what she never had herself.

But as the reality of their new living arrangements slowly sinks in, the four friends face their own mid-life crises, and the dream becomes a nightmare…

Harriet and Mark are both successful. They have two boys on the verge of graduating and moving out and they have a lovely home in a nice part of town.

Their friends, Gary and Yvette, live nearby in a smaller house in a less affluent neighbourhood. Yvette has been a teaching assistant for many years and Gary, a member of a 90’s band, is just about to attempt a comeback.

When it turns out that all four of them are moving up north, they all decide to move in together. Will it be as fun as they imagine or will it simply lead to trouble?

Old Friends was my introduction to Felicity Everett so I didn’t know what to expect.

Immediately, I was hooked on this story, wondering what was going to happen next.

It’s very clear from the beginning how close these two women are. The men have been bought together by the friendship shared by their wives and it was interesting to see how these dynamics and relationships changed as the story progressed.

It’s these characters that drive the narrative rather than external plot points (things outside the perimeters of these four people and their choices.) It deals with some sensitive themes and I feel it does this well. There are some dark moments yes but there are also many insightful ones too, as well as funny scenes – much like life really.

The book is split mostly into two parts, before the move and after and told from the point of view of all four main characters. I liked how this was done actually as it gave me real insight into the thoughts and motivations, like for example, how Harriet and Mark see their children. How with the latter, one child can do no wrong and the other does nothing right. All these people are complicated, flawed and are dealing with their own issues and emotions.

Some characters I preferred to others but I will let you make up your own mind.

For me, there were enough twists and turns to keep me interested and I never felt that the story dragged. There is an obvious tension that builds throughout the story and I couldn’t really predict what was going to happen.

By the end, the characters, all but one, got a conclusion to their story and how the fourth ended up was the only addition I would like to have seen. Maybe a sequel?

Overall, Old Friends was full of interesting, realistic, flawed characters who don’t always make the best decisions. I got immersed in the plot and it had an ending I couldn’t fully predict.

It’s a great look at relationships and how dynamics and what you perceive can change in an instant.

This book is a great holiday read or perfect if you’re looking for a character driven story.

(Thank you to HQ for the advanced reading copy in exchange for an honest review. Old Friends was released on 17th March. Click to buy on Amazon UK and Waterstones.)