How many of these have you read? 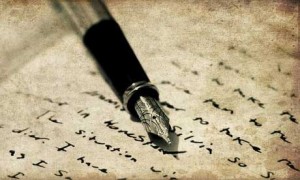 There are many  surveys about how many books you should have read. Everyone’s list will be different. The BBC (probably based on an average thing,) have claimed that you would have only read six of these hundred books listed. I spotted about fourteen that I’ve read (that’s if you count The Harry Potter series as a whole.) There are a few I’d like to read ( I turn my head in shame at some of the titles that are on this part of the list,) and then some others that I have no interest in at all and will probably never read – War and Peace for example. That’s not my cup of tea. How about you? Which ones have you read? Are there any you feel should be on this list but aren’t?

The Lord of the Rings – JRR Tolkien

The Lion, The Witch and The Wardrobe – CS Lewis

To Kill a Mockingbird – Harper Lee

Memoirs of a Geisha – Arthur Golden

The Woman in White – Wilkie Collins

Tess of the D’Urbervilles – Thomas Hardy

Lord of the Flies – William Golding

The Remains of the Day – Kazuo Ishiguro

Catcher in the Rye – JD Salinger

Gone With The Wind – Margaret Mitchell

The Five People You Meet In Heaven – Mitch Albom

The Shadow of the Wind – Carlos Ruiz Zafon

The Hitchhiker’s Guide to the Galaxy – Douglas Adams

Love in the Time of Cholera – Gabriel Garcia Marquez

Of Mice and Men – John Steinbeck

The Wind in the Willows – Kenneth Grahame

On the Road – Jack Kerouac