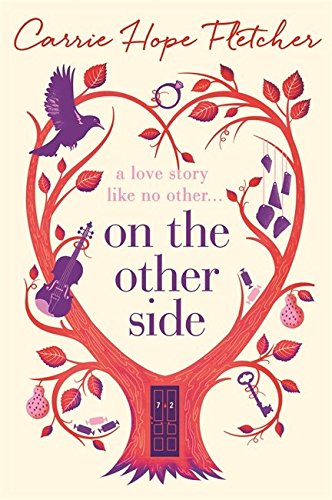 Yey it’s Thursday which means more book releases. This week is a great one too.

The premise for this book sounds so brilliant (and I am kind of annoyed I didn’t think of it.) I’ve been looking forward to reading this book and so I am pleased it’s been released today. Plus this cover is just gorgeous.

Your soul is too heavy to pass through this door,
Leave the weight of the world in the world from before

Evie Snow is eighty-two when she quietly passes away in her sleep, surrounded by her children and grandchildren. It’s the way most people wish to leave the world but when Evie reaches the door of her own private heaven, she finds that she’s become her twenty seven- year-old self and the door won’t open. Evie’s soul must be light enough to pass through so she needs to get rid of whatever is making her soul heavy. For Evie, this means unburdening herself of the three secrets that have weighed her down for over fifty years, so she must find a way to reveal them before it’s too late. As Evie begins the journey of a lifetime, she learns more about life and love than she ever thought possible, and somehow , some way, she may also find her way back to her long lost love… 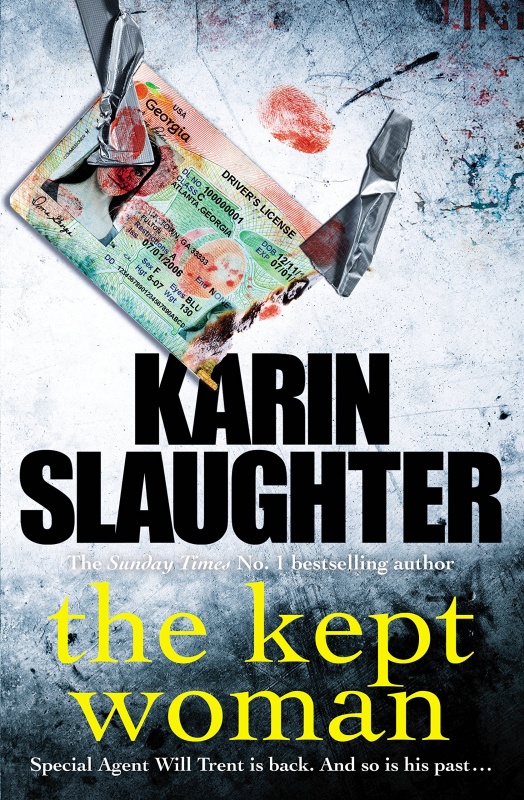 The Kept Woman is the latest novel in the Will Trent series.

A body is discovered in an empty Atlanta warehouse. It’s the body of an ex-cop, and from the moment Special Agent Will Trent walks in he knows this could be the most devastating case of his career. Bloody footprints leading away from the scene reveal that another victim – a woman – has left the scene and vanished into thin air. And, worst of all, the warehouse belongs to the city’s biggest, most politically-connected, most high-profile athlete – a local hero protected by the world’s most expensive lawyers. A local hero Will has spent the last six months investigating on a brutal rape charge.

But for Will – and also for Dr Sara Linton, the GBI’s newest medical examiner – the case is about to get even worse. Because an unexpected discovery at the scene reveals a personal link to Will’s troubled past. The consequences will wreak havoc on his life and the lives of those he loves, those he works with, and those he pursues.

But Sara’s scene-of-the-crime diagnosis is that they only have a few hours to find the missing woman before she bleeds out . . . 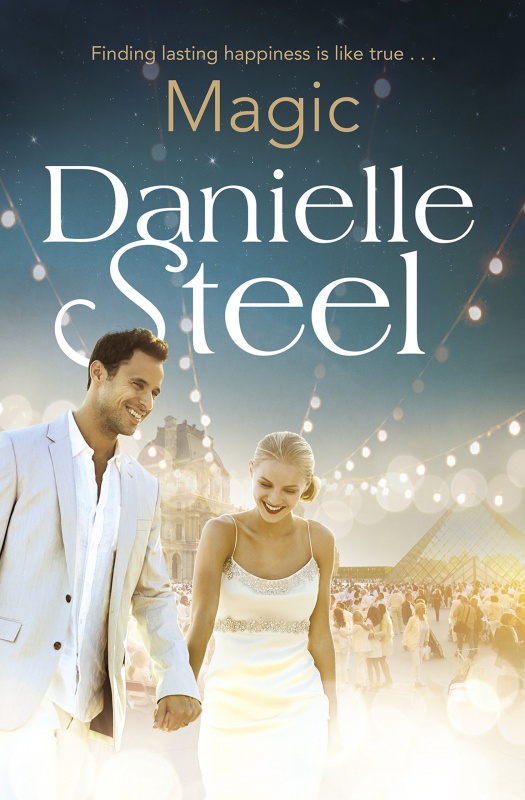 Today sees the release of the latest novel from best-selling novelist Danielle Steel.

It starts on a summer evening, with the kind of magic found only in Paris. Once a year in the City of Light, a lavish dinner takes place outside a spectacular landmark. Selected by secret invitation, the guests arrive dressed in white, and when the night is over, hundreds of white paper lanterns bearing everyone’s fervent wishes are released into the sky. Amid this wondrous White Dinner, a group of close friends stand at the cusp of change.

Jean-Philippe and Valerie are high-flying, successful and devoted to their young family. But a once-in-a-lifetime opportunity in China may lead to separation – and temptation.

Bernadetta and Gregorio run an Italian clothing empire in Milan, but Gregorio has a weakness that will ignite a crisis in their company, and their marriage.

Screenwriter Chantal and Indian tech entrepreneur Dharam arrive as friends, but their paths will be set on dramatically different courses before the night ends.

A transformative year of successes and heartbreaks is to come, until the next White Dinner . . . 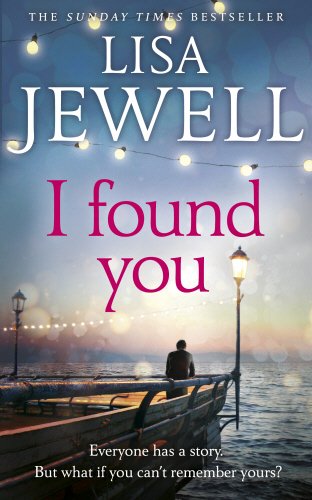 Also from Century is the new book from Lisa. It’s always a great day for me when there is a new Lisa Jewell book available. This book sounds so great too.

‘How long have you been sitting out here?’

‘I got here yesterday.’

‘Where did you come from?’

East Yorkshire: Single mum Alice Lake finds a man on the beach outside her house. He has no name, no jacket, no idea what he is doing there. Against her better judgement she invites him in to her home.

Surrey: Twenty-one-year-old Lily Monrose has only been married for three weeks. When her new husband fails to come home from work one night she is left stranded in a new country where she knows no one. Then the police tell her that her husband never existed.

Two women, twenty years of secrets and a man who can’t remember lie at the heart of Lisa Jewell’s brilliant new novel. 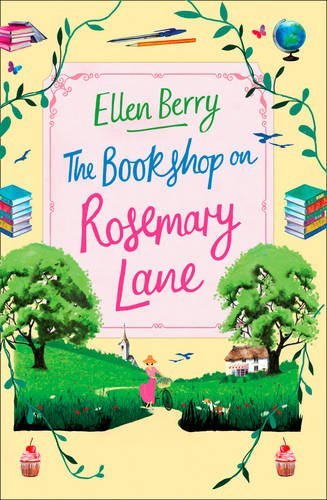 I love the cover of this book. It looks so cosy.

Take a trip to the Yorkshire village of Burley Bridge, where a very special little cookbook shop is about to open its doors…

Kitty Cartwright has always solved her problems in the kitchen. Her cookbooks are her life, and there isn’t an issue that ‘Cooking with Aspic’ can’t fix. Her only wish is that she had a book entitled ‘Rustling Up Dinner When Your Husband Has Left You’.

On Rosemary Lane, Della Cartwright plans to open a very special little bookshop. Not knowing what to do with the hundreds of cookbooks her mother left her, she now wants to share their recipes with the world – and no amount of aspic will stand in her way.

But with her family convinced it’s a hare-brained scheme, Della starts to wonder if she’s made a terrible decision. One thing’s for sure: she’s about to find out…

Lose yourself in Della’s world of food, family and friends. The perfect read for fans of Trisha Ashley and Carole Matthews. 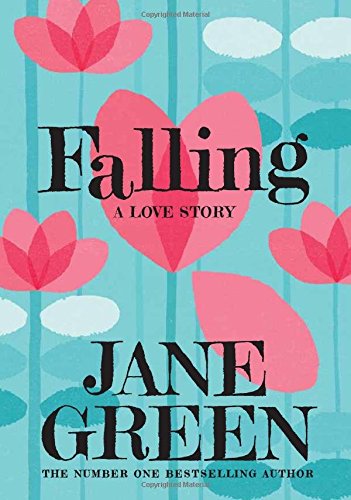 A Lisa Jewell novel and a Jane Green novel on the same day. I am a happy girl today. The cover for this book is so beautiful. I received a review copy for this book and the hardback is just so pretty.

Eight years ago, Emma Montague left behind the strict confines of her upper-crust English life – and rather dull boyfriend – and moved to New York City, where she immediately found success in the world of finance. But her soulless, cut-throat, all-consuming job has only led to another life she didn’t want.

Answering an online ad, Emma finds a tiny beach cottage to rent in the small town of Westport, Connecticut. It needs work – lots of work. But it’s the perfect project to satisfy Emma’s passion for interior design and gardening, if her new landlord, Dominic, is agreeable to the small changes she yearns to make.

To Emma, Dominic is also something of a fixer-upper. A local handyman with a six-year-old son, he’s a world away from the men she should be interested in, but he’s comfortable in his own skin, confident, quiet and kind. Slowly, over a shared garden, time spent with his son and late-night conversations, Emma finds herself falling for Dominic.

From friends to lovers happens as naturally as the changing seasons. But laying down roots doesn’t come easily when two lives as different as theirs merge into one. And Emma will realize that the seeds of happiness must be nurtured and cherished to grow into something strong enough to shelter all their hopes and dreams . . . 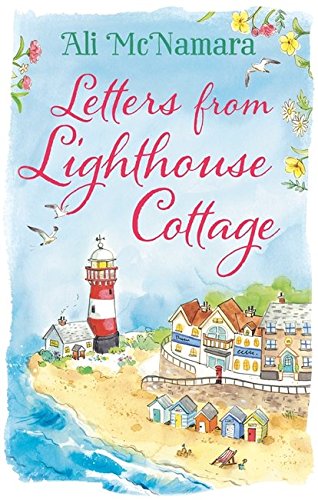 Just from the front of the book I get such a summery feel to it to the point where I just want to step into it. I love love love it.

Sandybridge is the perfect English seaside town: home to gift shops, tea rooms and a fabulous fish and chip shop. And it’s home to Grace – although right now, she’s not too happy about it.

Grace grew up in Sandybridge, helping her parents sort junk from vintage treasures, but she always longed to escape to a bigger world. And she made it, travelling the world for her job, falling in love and starting a family. So why is she back in the tiny seaside town she’d long left behind, hanging out with Charlie, the boy who became her best friend when they were teenagers?

It turns out that travelling the world may not have been exactly what Grace needed to do. Perhaps everything she wanted has always been at home – after all, they do say that’s where the heart is… 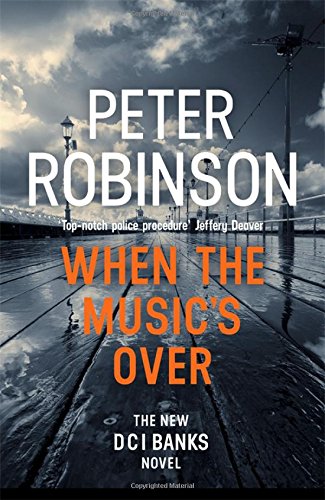 When The Music’s Over is the twenty-third novel  in DCI Banks Mystery series.

In a remote countryside lane in North Yorkshire, the body of a young girl is found, bruised and beaten, having apparently been thrown from a moving vehicle.

While DI Annie Cabbot investigates the circumstances in which a 14-year-old could possibly fall victim to such a crime, newly promoted Detective Superintendent Alan Banks is faced with a similar task – but the case Banks must investigate is as cold as they come.

Fifty years ago Linda Palmer was attacked by celebrity entertainer Danny Caxton, yet no investigation ever took place. Now Caxton stands accused at the centre of a historical abuse investigation and it’s Banks’s first task as superintendent to find out the truth.

While Annie struggles with a controversial case threatening to cause uproar in the local community, Banks must piece together decades-old evidence, and as each steps closer to uncovering the truth, they’ll unearth secrets much darker than they ever could have guessed . . .