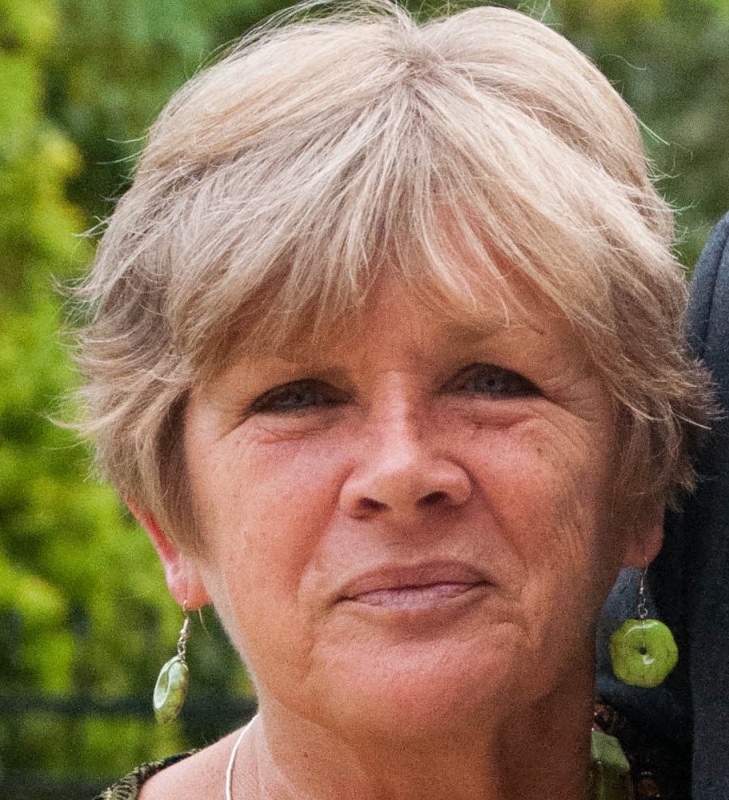 Hello Patricia, thank you so much for joining me today and for inviting me onto your blog tour. Can you tell me a little about your novel, The Cure and what inspired the story?

I was at a meeting of Sisters in Crime in Atlanta when the leader asked the audience to write a quick book blurb and share it. I’d been doing a lot of volunteer work with senior citizens, and my dad had recently passed away with dementia, so the topic of Alzheimer’s was top of mind. I raised my hand with an idea, the audience applauded, and two long years later I published the book.

It’s women’s fiction, a tale of a woman with early-onset Alzheimer’s disease who is visited by a man from the future with a cure. I call it a hopeful fantasy. He’s a doctor, head of a medical research team, and needs her to conduct a long-term study to prove the safety and efficacy of their drug, and the only way for him to do this quickly is to get patients in the past to take the drug and get the results to him. The plot thickens as their relationship gets complicated, as the study must be done under the legal and ethical radar, and as the doctor ignores his directive to change nothing during his trip to the past.

What’s your writing day like and what do you need around you, for example, silence, coffee?

I either write or revise almost every day. If I’m writing, I shoot for at least one thousand words. If I’m revising, at least a couple of hours. I’m a morning person, up at around four most days, and my mental state is best early in the day. So, I’m that weird neighbour you see out walking in the dark of the morning in the light of the moon for exercise, then come home for coffee and breakfast, two cats show  up on my desk, pictures of my muses surround me (Flannery O’Connor, Elena Ferrante, Pascal Garnier, Patricia Highsmith), my laptop has ready research available from google and Wikipedia, and I begin to write.

Great question. After much thought, I’d have to say “care”. I want to care about the important things, things that will help me and others, inspire me to give back to all who’ve helped me and cared for me. It’s easy to say we like something, but do we care about it?

Do we care enough about something to do something about it…put some time in for it? We have so many challenges today, life is not simple anymore, and I think that caring becomes a differentiator, whether it’s a small thing like making a good cup of coffee or a big one like what can I personally do to make someone else’s life better today.

Like write a better story, take someone away from their troubles for a page at a time. Listen, we writers aren’t in this for the money, and I love hearing that a reader cared about my story, that it made them think, or laugh, or grin, or even that it put them to sleep after a long day. 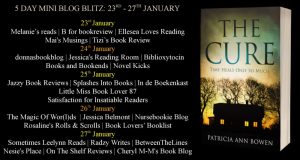 How do you approach the editing process?

With sheer dread. I can’t say that writing is easy, but I find it a breeze compared to editing and revising. It’s difficult to tear your own work apart, to read it like a reader and not the author of all those words. As for my process, I make five passes: first to review the draft and mark it up for obvious changes; second to enhance the plot, subplot(s) and scenes… too much detail, not enough, right details; third, enhance the characters and their dialog; fourth, check spelling, grammar, for weak and passive words, check names and dates and places; fifth, polish it, show off, spice it up, add some clues, ramp up the pace. Then I send it out to four to six beta readers and attend to their advice, making changes, rereading, reediting. There are no short-cuts.

They’re inseparable. The actions characters take form a plot. If either of them is uninteresting you lose the reader.

Which fictional character would you like to suddenly turn up at your door out of the blue and why?

Tough choice. Perhaps Mark Twain’s Huckleberry Finn. He was what we’d today call ‘street smart’, though streets weren’t all that prevalent then in his environs, just dirt roads. He figured things out rather quickly (or figgered them out, as he would say), and I’d love to spend a bit of time with him, bringing him into the current world, and hear what he thought about it and see how he planned to deal with it.

We’re so proud today of our educated opinions, and maybe too proud. Huck was pretty basic. I’d have a lot of questions for him about his world, too. How people got by, what was important to them, and what he really thought of girls/women. 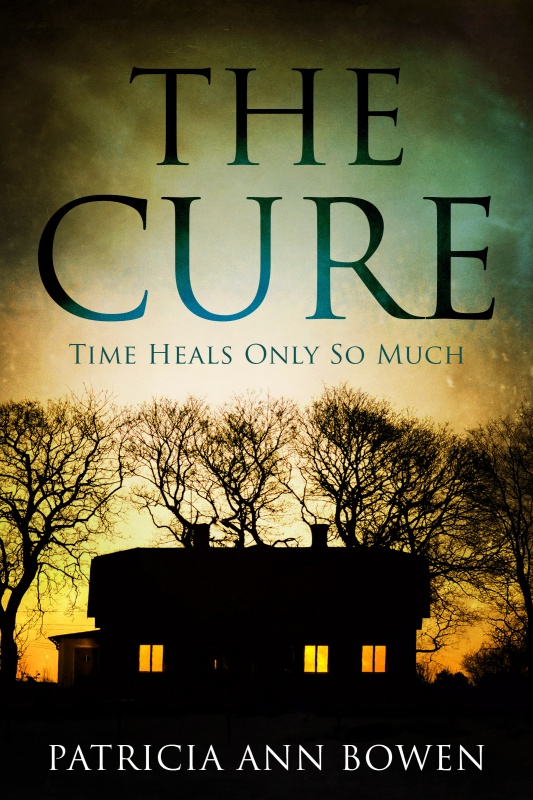 What’s the first thing you do when planning a new novel? What comes next?

Like the verse of a song, an idea will plant itself in my brain and won’t stop demanding my attention. I begin to list thoughts about characters and things they do, how they interact, what’s important to them. That leads to plotting, based on their actions, though I don’t do much of it. The idea usually starts when someone thinks or says or does something, which leads to an action, which impacts someone or something, and so on.

I’ve begun using Jane Cleland’s method as described in her book, Mastering Suspense, Structure & Plot. It lays out a high-level map of plot steps and subplots and, once I fill it in, it shows me if my idea is workable or not. Then I begin writing, and the characters sort of take over. I check back to the map now and then to see if I’m missing main points, or if I want to alter the map.

Are you able to tell us a little about what you’re currently working on?

I’m finishing a second book in The Cure trilogy, which will be titled Legacy of The Cure. It takes place twenty years after The Cure, has many of the same characters, and introduces two more who pose a threat to the secrecy of The Cure.

It’s gone out to my beta readers and I’m planning some heavy revisions based on early input. It’s my first try at a sequel, and I’m learning to balance how much info must be brought forward as backstory for the new book. I’m relying on a mix of readers who have, and have not, read The Cure to help me do that. It will be published in late Spring of 2020.

I plan to complete the trilogy with Fulfilment of The Cure, which will move forward another twenty years, and has the past plot and characters catch up with the future.

I also write lots of short stories, and have a collection called Unintended Consequences that’s available on amazon.com and amazon.uk. I try to get at least one written each month. I enter lots of story contests to keep the ideas flowing, and their deadlines give me the discipline to get them submitted between my other writing.

Do you have any advice for someone experiencing writers block?

When I’m stuck for ideas or next steps in a scene, I put the story aside and write something else. It might be another part of the story, or a short story with characters from the original story (so I can learn more about them), or, if all else fails, I journal just to keep the words flowing. It seldom happens to me though, as when I’m done writing for the day I try to leave off before the end of a scene. That way I can pick right up with the flow already established.

Read, read, read, write, write, write. Learn the rules so you know when to break them. Write because you can’t not do it, because the odds of your being widely recognized are low. Don’t listen to all the writers marketing their ‘expertise’ that will make you rich and famous (and make them richer and more famous)… find your own voice (even if you have to start out emulating your favourite writer and then ease into your own comfort zone), your own purpose, your own genre, your own style. Join a community of writers, have them read your stuff, read theirs, share experiences and tips and tricks. Read every day. Write every day. 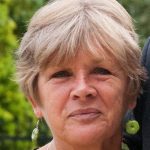 She pens gardening articles for her local newspaper, and grants to support her local library.

Her recent writing has appeared in the Table for Two anthology, The Sun magazine, and earned honourable mention in several contests.

The Cure is her first full published work of fiction.

A stranger from the future comes to Paige’s cabin in rural Georgia with a treatment for her early onset Alzheimer’s disease. He bargains with the skeptical patient to give her The Cure if she’ll conduct a longitudinal study for him, proving his drug’s efficacy to a future world full of clients that need it. Faced with her dire diagnosis, he might be her only hope. She grapples with the side effects of his offer and learns to suppress her own dangerous truth: trust no one.

Seldom lucky in love, Paige finds herself competing with her best friend for his attention, knowing there can be no good end for their stolen moments of passion. Can she stay under the radar of the medical and legal communities to carry out his requests? And how will their complicated pasts bring them together physically, emotionally and professionally in a successful, if unethical, partnership?

Many lives will be changed, but at what cost… and to whom?

Click to view The Cure on Amazon UK and Amazon US.