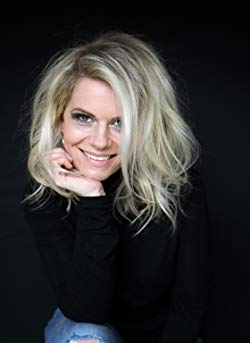 Hi Roxie, it’s a pleasure to welcome you to Novel Kicks today. Your book is called The Day We Met (released today. Yay.) What’s it about and what inspired it?

Hi, thanks for having me! The Day We Met is novel about meeting the right person at the wrong time and it asks the question; what happens if you meet your soulmate when you’re just about to marry someone else? Stephanie and Jamie are both happy with other people when they meet each other, but they can’t ignore the strong connection and chemistry between them. Unwilling to slip into a typical affair, they decide to meet on the same weekend every year, as friends. The novel spans a ten-year period and we see how the relationship affects them, their marriages, and careers.

I wanted to write a different kind of love story, one which reflected modern times and attitudes. I’ve always been intrigued by people’s varying opinions on physical and emotional infidelity; is one worse than the other? How do emotional affairs start and just how damaging are they? It’s a huge grey area which sparks monumental discussion and, as a former lawyer, they’re something I love exploring. But it was when I heard Paloma Faith’s Only Love Can Hurt Like This one day that the novel became fully alive in my mind. I knew this had to be an epic love story about two people who couldn’t be together but couldn’t be apart either. That was also the moment I decided that the novel would have to be set to music.

What’s your typical writing day like, where do you like to write, do you prefer silence and is there something you need to do/have before you begin writing (coffee for example?)

Sorry to be really awkward, but I have different routines for different stages of the writing process! When I’m writing the actual book, I adopt a fairly strict routine but it’s carried out in a nice environment. So, I’ll drop both my kids at school then dash to a coffee shop on my local high street. Both of my previous books were written there. I don’t stop until I’ve written at least 1000 words and I need my iPod on with people walking around. I like being in the middle of the hustle of it all and I stay there until it’s time to pick the kids up again. Once I move onto edits, however, everything changes. I lock myself in the house and have the TV on at a barely audible volume – I need a tiny amount of white noise. I have to drink coffee in the morning, switching to tea in the afternoon. I turn into a complete recluse in this period, I don’t see my friends for months. It’s very extreme but it works for me!

Which author or book has most influenced you?

I’ve read so many books by authors I’ve admired, but in terms of ones who have influenced my career, I’d have to say Adele Parks. I read her novel, Playing Away, in my 20s and thought it was such a standout, brave debut. I researched the author and discovered that she, too, was from Teesside – I couldn’t believe it! That was the moment I thought ‘Wow – if someone from Boro can become an author, there’s hope for any of us.’ It was around this time I started to have ideas about a novel of my own but hadn’t started writing it yet (that book turned out to be my debut The Law of Attraction), but each time I read another of Adele’s books, it cemented my ambition.

What made you first realise that you wanted to be a writer?

I’ve always loved reading, but I was never one of those kids who wanted to write – or an adult, for that matter. The idea came to me after I became disillusioned with my former career as a criminal barrister. I come from a very working class background and would tell all my friends about the outrageously silly traditions and rituals I had to participate in at the Bar. Coming from Teesside, I’d tell the stories through a very unimpressed ‘Boro lens’ and they’d all say to me “You need to write a book about this!” I also got so fed up with people saying to me “You really don’t look like a barrister!” so in 2009 I started writing my debut novel The Law of Attraction – a book about a blonde, working class, intelligent, sassy girl from Teesside who is propelled into the posh world of barristers. I hadn’t even considered writing a book before I was 31 years old.

What’s your route to publication?

I did a lot of research before I submitted my debut novel to agents. My first novel was the only book I’d ever written and took me about 16 months to write. When I felt it was polished enough to allow an agent to read, I sent it off to three I had my eye on (which was terrifying!). Sarah Hornsley from The Bent Agency requested a full manuscript within 24 hours. I was a nervous wreck! Sarah called me and we had the most amazing chat. I knew then that she was the right agent for me. She made suggestions on how I could improve the manuscript (which I did) and six weeks later she offered representation. The next step was submitting the novel to publishers. I had offers from two publishing houses and The Law of Attraction was eventually published in June 2017 with the Harper Collins imprint, HQ Digital.

Visceral. I love everything about it; the sound, the meaning, and that it starts with a ‘v’.

Which fictional character do you think you’d have a connection with if you happened to meet them?

Goodness me! That is a difficult question. I’m going to say Hermione Granger from Harry Potter. She spends her life with her head in the books, doing all the work watching the boys lark about, getting into trouble and she just wants order around her! I can definitely identify with that! 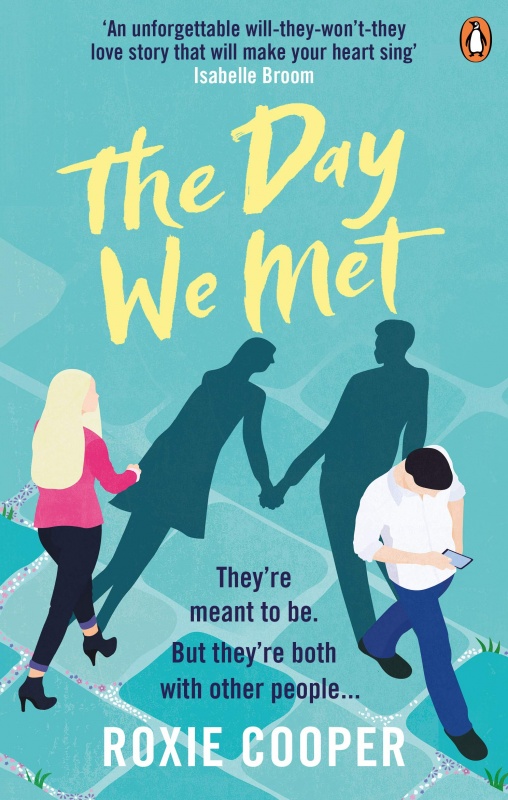 How do you pick character names and how important to your novel is this decision?

Hmm…this is a tricky one. Sometimes they have a deep meaning, and at other times they have no meaning at all. The protagonist in The Law of Attraction is called Amanda which, in Latin means, ‘this girl must be loved’ and that is important to her character. One of the protagonists in The Day We Met is called Stephanie for no other reason than I like the name and it’s one you don’t hear much these days. But something I always do is name characters after people who help me with research relevant to that character. For example, the therapist in The Day We Met is called Jane after the psychologist who helped me understand a therapist’s role and develop Stephanie’s character. Jamie’s surname ‘Dobson’ is named after the person who educated me all about art for the book. It’s a nice way to thank someone for their input.

Are you able to tell me a little about your current work in progress?

I can’t say that much about it at the moment, I’m afraid! I’ve been working on it for a while and I’ve done lots of research. I’m still in the planning process; my plotting stage is stupidly long – usually months, so that when I come to write the book, it pretty much writes itself.

Any advice for new writers or anyone who is experiencing writers block?

It’s an old one, but just finish the book. Don’t edit as you go along, you’ll never finish it. If you’re serious about getting a book published, accept that it takes hard work and a LOT of time to write, refine and polish – be prepared to sacrifice time with family and friends.

Sometimes the words don’t flow at all. If this happens, just stop and don’t force it. I pop my iPod on and go for a walk around the river for half an hour, this usually sorts it out. But this is a creative job – if I know I’m having a rubbish day I will produce rubbish. I’d rather pack up and start the next day with a cleaner mind – it always works. 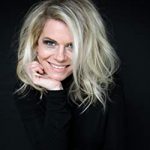 Roxie Cooper lives in Yarm, a pretty little market town in the North-East.

After reading Classics at Newcastle University, she realised she needed a break from studying Latin, Ancient Greek and all that serious stuff, so naturally, she became a dancer in a nightclub (à la Coyote Ugly) for a few years before going to live in Australia.

When she returned, she swapped dancing on a bar, to practising at the Bar, and became a barrister for 7 years. 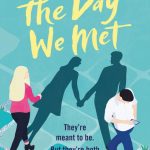 My review for The Day We Met:

Stephanie doesn’t believe in the fate thing. She is engaged to Matt and believes herself to be happy.

That is until she meets Jamie.

Jamie is happily married to Helen so he doesn’t understand this instant connection with Stephanie.

Told across ten years, this is the story of two people who thought they’d found the one until they found each other.

OK Roxie. You made me cry. Buckets.

Oh blimey. This book. Stephanie and Jamie’s story had me awake reading until way beyond when I should have been asleep.

The connection between these two characters is almost palpable.

This book presents a moral quandary. I don’t want to give away too much but I really did want a happy ending for these characters.

There were elements of the plot that reminded me slightly of a cross between the movie Serendipity and David Nicholls’s book, One Day. Like those, I was enthralled by this book and these characters.

An additional element I liked was all the music references as well as the playlist Roxie put together on Spotify.

It added another dimension to the story and helped to further immerse me in this wonderful emotional story.

One of the best novels I’ve read this year and one that has left me with one hell of a book hangover.