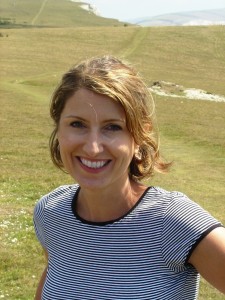 Remember the ‘Charley Says’ adverts, warning us away from dangerous places and menacing strangers?  Despite these warnings, how many of us, as children, would still return to those forbidden locations time after time, in search of longed-for adventure?  For me, it was the village dump, an illicit playground of abandoned cars and fridges and rusted bicycle wheels.  We all knew it was unsafe, and we knew our parents would go spare if they caught us there.  But it was an exciting place, rich and full of possibilities for a seven or eight year old child.

With age, I realise I have developed an ongoing fascination with derelict buildings and land; those neglected places that once rippled with life, but now lie to waste, fading away beneath vines and decay. In Hurry Up and Wait, I became quite obsessed with the abandoned Victorian building that once was my secondary school.  I tracked down online photos of the interior in various states of decline, and found myself stalking the perimeters to snap a few shots to help inspire my writing … 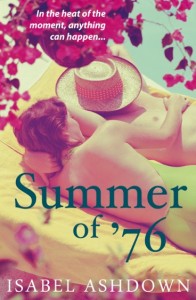 The location for my latest novel, Summer of ’76, first found me on a trip to the Isle of Wight six or seven years ago, when a chance stroll through the woods near Wootton Creek led me to stumble on an abandoned holiday camp, nestled in the undergrowth.  I was spellbound, and we climbed through the barbed fence (to the protestations of our then small children), to wander about the vine-clad chalet blocks, dropping pebbles into the cracked and mildewed swimming pool and marking out the long-vanished footpaths.  I stood beneath the dappled canopy of trees, breathing in the eerie hush of the woods; this was a place simmering with ghosts and stories and lost memories – and in that moment, something burrowed deep inside me and took root.  “If only I had a camera on me,” I thought, and we carried on through the woods and out into the afternoon sunshine of Woodside beach.

Several years later, during the writing of this book, I returned, only to find the place bulldozed.  I was crestfallen (having this time squeezed in through the metal construction boundary in the hope of capturing photos), yet the memories of that first encounter were as vivid as ever.  In some ways, just returning to the spot unlocked the story, and the living, fictional 1970s version of the camp took on a life of its own.  In Summer of ’76, the holiday camp is 17-year-old Luke’s first real taste of adult freedom, during the extraordinary heatwave summer that would be his last on the island.  Here, he can shake off the confines of family life, to reinvent himself amongst new friends, and ultimately escape his parents’ society and the humiliations that come with it. 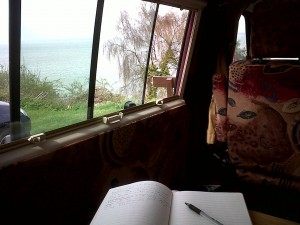 For me, these hidden places are vital for tapping our creative imaginations, by allowing us to imagine the world outside of our own sphere.  Since starting work on this book, I’ve become a regular visitor to the island, where I travel and write in my camper van, savouring the salt air of the Solent and walking in the hills.  It’s a special place; somewhere I can escape to, like Luke, where for a day or two, I can choose who I want to be.  Because when you’re a writer, it’s important to be someone else every once in a while.

Isabel Ashdown is the author of three novels published by Myriad Editions: Glasshopper (London Evening Standard and Observer Best Books of the Year 2009) Hurry Up and Wait (Amazon Top Customer Reads 2011), Summer of ’76, and winner of the Mail on Sunday Novel Competition 2008.

In 2013, her essay on the subject of ‘voice’ will feature in Writing a First Novel, edited by Karen Stevens, in which novelists, agents and publishers discuss the joys and challenges of writing a first novel (Palgrave MacMillan).

Isabel writes from her West Sussex home which she shares with her husband, a carpenter, their two children, and a border terrier called Charlie.  Find out more about her at www.isabelashdown.com , chat to her on facebook and twitter, or subscribe to her newsletter here.