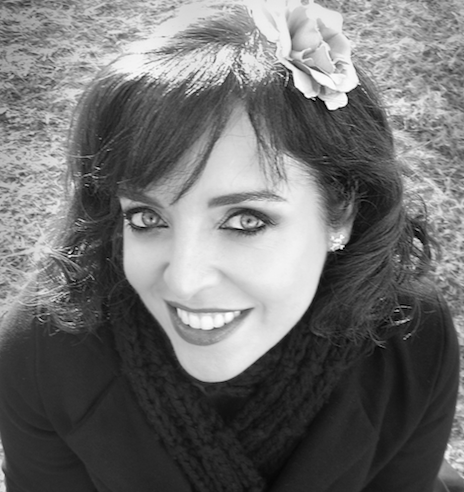 I’m excited to be welcoming the wonderful Sarah-Jane Stratford to the blog today. Her novel, Radio Girls was released on 14th June by Allison and Busby. Hi Sarah-Jane. Thank you so much for joining me. Can you tell me a little about your typical writing day and do you have any writing rituals (coffee before you begin, writing in silence etc.)

Hi, I’m so pleased to be here! I’m a member of Paragraph Workspace for Writers in New York. For a monthly fee, we get 24/7 access to a quiet writing space – about 60 carrels, so you just pick an empty desk you like, plug in, and get to work. I have to settle in first – get my tumbler of hot green tea, no matter the weather; read a bit of the newspaper; deal with emails – before my brain can be considered more or less functional. Then it’s on to the second tumbler and work. On a good day, I like to get about 1500 words written before lunch. The members of Paragraph are all pretty terrific and I usually have lunch with one or two friends, where we either talk about writing or the real world for a little while – either way, I’m raring to get back to it. Then I try to get another 1500 words in by evening. Then I collapse. Usually I make it home before that happens, though there is a sofa at Paragraph if need be.

How do you approach the writing process? Do you do much planning and do you edit as you go etc?

First comes research, always. I just love that process of settling down in a library to read and study and wander into a time and place. Then I start to think about the characters in that time and place, and from there, an outline develops. I like to draw up detailed, meticulous plans, knowing full well that about half of them are going to be abandoned once I’m actually in the thick of it. The characters tend to develop their own ideas about what’s going to happen as the story goes on.

It’s never a good idea to edit as you write, but of course I do it all the time. And then I tell myself not to and keep doing it anyway. In the end, it more or less works out, but I know the best route for me is to just write, get that rotten first draft, and then tear the whole thing apart and start over.

Your book is called Radio Girls. Can you tell me about it and how the idea originated?

Radio Girls mixes real people and fictional characters to tell the story of the women behind the scenes in the early years of the BBC.

It all started with Hilda Matheson, the real-life first Director of Talks at the BBC. I came across her name when researching and the more I read about her, the more enthralled I was. I knew I had to bring her story and this world to life. The 1920s and the beginnings of the BBC are such an exciting time – it’s really the invention of a whole new media, and building something from the ground up. I was so thrilled every day, trying to capture that, get inside that world. I realized early on that the book would work better if Hilda wasn’t the protagonist – mostly because I adored her too much to allow her many flaws – but instead created a character, Maisie, who enters the BBC as a young secretary and gradually discovers her potential as she learns the ropes. Essentially, she learns to use her voice, helped by having Hilda as a mentor. 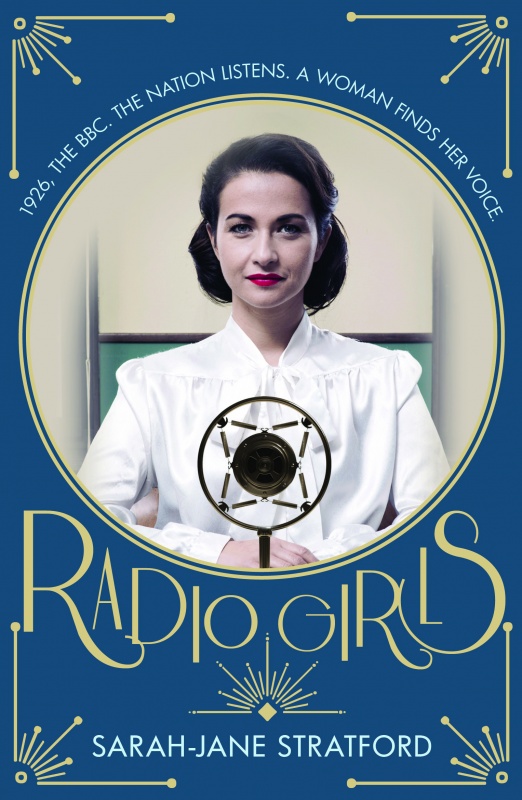 If you were only allowed to own three novels, which three would you pick and why?

What a cruel and horrid prospect! Right, well, after weeping effusively, I’d go first for the obvious and select Pride and Prejudice, because I’m not stupid. Those are friends you need during the apocalypse, which this would obviously be. Also The Handmaid’s Tale, which I really hope we can continue to class as fiction as the years go by, as opposed to prophecy. Can I sneak in my signed copy of Alison Bechdel’s Fun Home – can a graphic memoir be allowed? Please say yes. All these books are so precise in their depiction of character and world that they can be returned to again and again and something new is discovered, or felt. And each one teaches me something about craft, so that I gain something as a writer and a person each time I revisit them. Also Fun Home has a beautiful cover and my bare shelves would have to look pretty.

Off the top of my head, I’d pick Ursula Todd from Life After Life so I could get some tips on starting life over and doing some course-correcting. There are definitely a few boyfriends I’d like to avoid in a do-over. Also trigonometry.

What are the best things/challenges of being a writer?

No matter how much I love it, it’s always hard to sit down and gather focus – push everything else out and just get lost in these people and this place. Don’t let the day-to-day in. It’s a job, but because I’m always working on several things at once – freelance writing and editing to pay the bills, in addition to creative work – it can be hard to shut out all the other mental noise. It’s hard, too, to keep the “monkey mind” at bay – that voice that chatters away, saying everything I’m doing is rubbish and why keep bothering and shouldn’t I go to law school or do something “real”?

So there’s that. But it’s also such a joy and a thrill to create characters and live with them and tell a story that hopefully will connect with people on a visceral level. I can write 999 words that are awful, but when there’s one sentence or turn of phrase that I know is good, that makes my day. Best of all, of course, is when someone tells me something I wrote touched them, and has value. Nothing beats that. Not even sticky toffee pudding.

My editor is keen to get an answer on that as well! I was hoping for sleep and a holiday, but that’s clearly not in the cards. I’ve got a number of ideas, so it’s just a matter of sussing which feels the most right and then getting on with the work.

Try not to get discouraged! Creating a story you believe in can be excruciating enough, but then putting it out there and getting rejections is soul-draining. But you have to do it, because the fact is, you only need one person to say ‘yes.’ One agent, one editor – it’s a process, like anything else. But really, it’s all about the work. The old saws are true – you really do have to write every day, let yourself write utter crap, and just keep going. Writing is rewriting, over and over and over. It’s okay to never be satisfied, that’s what keeps you working harder and better. Writing is solitary, but one of the best things you can do for yourself is have a trusted group of readers – even after you’ve got an editor – who will tell you what is and isn’t working and advise cuts. I always realize after the fact that I should have cut more. And don’t waste money on cheap chocolate – you need the good stuff to get you through. 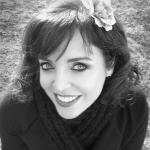 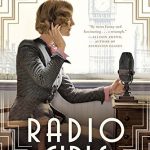 Sarah-Jane Stratford grew up in Los Angeles with a deep love of theatre and literature. After earning a bachelor’s degree in history at UC Santa Cruz, she then obtained a master’s degree in medieval history at the University of York in Britain, where she wrote a thesis about women in the manorial court system which gave her a new appreciation for the modern era.

Sarah-Jane has written articles and essays for a range of publications, including The Guardian, The Boston Globe, The Los Angeles Review of Books, Marie-Claire, Bitch, Slate, Salon, Guernica, and BOMB.

In addition to theatre and activism, Sarah-Jane enjoys knitting (when the project is submitting to her will) and wandering around interesting places. She currently lives in New York.