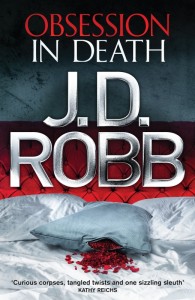 I have read many different crime / thrillers and I have to confess this one was most satisfying and I think it would appeal to readers of Kathy Reichs and the like. As this is the first of these books I have read I cannot comment as to how formulaic it is.

The characters are well-defined and believable. The main character, Lieutenant Eve Dallas, is a very well-developed character. At various points in the book the author alludes to Eve’s past and I find myself wanting to read more of the books so that I can find out more about her.

The book is set in the second half of the 21st century so there are various sci-fi elements, mainly with relation to the scene-of-crime technology, which, as an avid reader of sci-fi, I rather enjoyed. The story centres around a series of murders committed by someone who considers themselves to be doing the work that Eve herself cannot do due to the constrains of the law, such as executing a defence lawyer who made her living defending guilty people (in the eyes of the murderer, at least).

By the time the identity of the killer is revealed I had figured out a few of the details but the final identity eluded me right up until the end.

The writing style suits my reading style, with reasonable length chapters, fair length sentences and good level of description; defiantly sticking to the old adage of “Show, don’t tell”.
All together a very enjoyable read and I shall defiantly be reading more of J.D Robb’s books in the future.

Obsession in Death is due for release from Piatkus on 12th February 2015.

For UK readers, view the book on Amazon.co.uk

For US readers, view the book on Amazon.com

Nora Roberts is the number one New York Times bestseller of more than 200 novels. She published her first novel using the pseudonym J.D. Robb in 1995, with the In Death series, Robb has become one of the biggest thriller writers on earth, with each new novel reaching number one on bestseller charts over the world. With over 450 million copies of her books in print, she is indisputably one of the most celebrated and popular writers in the world. For more information, visit Nora’s website – www.noraroberts.com/ or visit her on Facebook:  www.facebook.com/norarobertsjdrobb 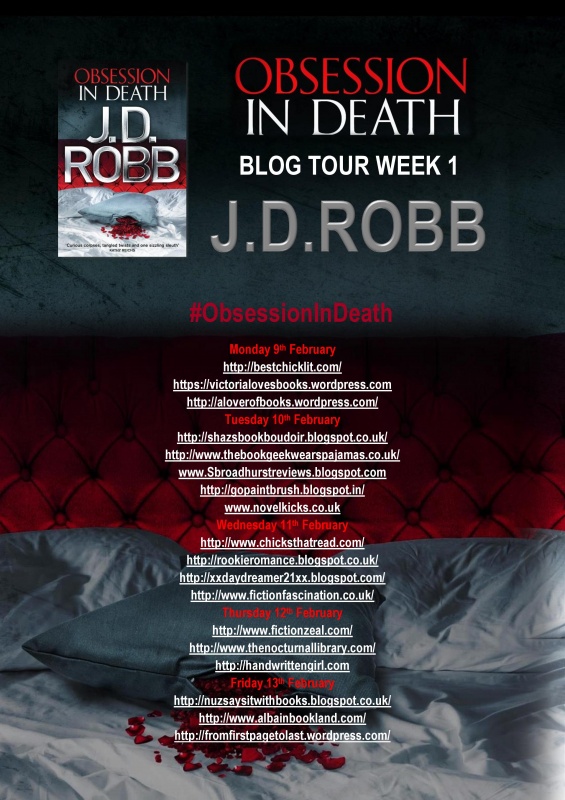 One Response to Blog Tour: Obsession in Death by JD Robb