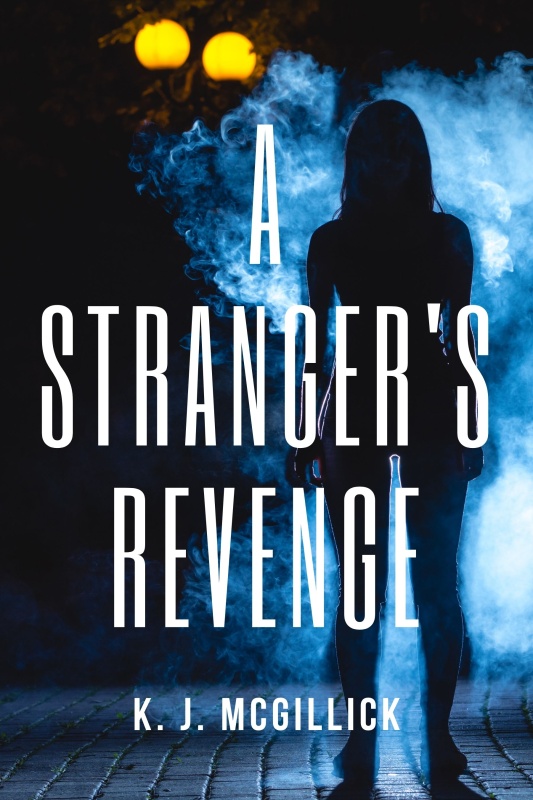 A big welcome to K.J. McGillick and the blog tour for her novel, A Stranger’s Revenge.

When art law attorney Abigail Clarke is mistaken for the murdered twin sister she never knew existed, will she be able to outwit a man determined to kill every member of her treacherous family.

Thirty years ago, during a thunderstorm, on an isolated street in South Boston, an unidentified two-year-old girl was discovered, abandoned, shot, barely clinging to life. After a thorough investigation, the case was eventually designated to the cold case files until Abigail Clarke, now an astraphobic art law attorney, is mistaken for the murdered twin sister she never knew existed.

What the FBI Art Crime Division cannot determine is if Abigail is an innocent bystander or a co-conspirator in her sister’s art fraud crimes.

Compelled to uncover all her family’s secrets, nothing prepares Abigail for the disastrous meeting with her murderous brother and crime boss father. Her life is irreversibly changed the more she becomes mired in her family’s treachery. She soon finds herself drawn into a game of cat and mouse by the vengeful killer who methodically plans to execute every member of her family, holding each one of them ultimately responsible for the murder of his own family thirty years ago.

K.J. McGillick has shared an extract with us today. Enjoy.

An explosive streak of white lightning splayed its arthritic fingers across the gray sky, threatening to snatch me through my windows. However, it was the explosive thunder bomb which shook my windows that almost sent me under my desk. Shot and then left for dead when I was two years old, thunderstorms still scared the hell out of me and left me paralyzed with fear. Maura called it astraphobia. I called it self-preservation.

“Abigail Clarke, you are not listening to a word I’m saying,” Maura said, slapping her chair to get my attention. “I could use a little legal help here.”

“Of course, I am listening. I just want to scream at the top of my lungs that Clarisse Taylor is batshit crazy. Can we at least agree that she is a master manipulator well versed in the art of gaslighting? You’ve asked my legal opinion. I can’t help it if it’s not what you want to hear.”

Was it wrong of me to hope right now a bus was plowing into Clarisse, leaving her splattered on some street like roadkill?

“I have to admit that in the last two months, her stories have become more laced with violence.” She sighed.

“There you go. What if this is just an attention-seeking device? I know as a psychiatrist, head games and personality puzzles fill your day. Please don’t think I am minimizing your concern. But maybe this is one of those moments that you can’t see the forest for the trees.”

“No, this time it was different. You had to see her wickedly satisfied expression as she boasted she stabbed him fifteen times.”

As if channeling Clarisse, Maura gritted her teeth and slowly lifted her arm, then plunged an imaginary knife up and down. As her arm arched back, I could not help but visualize the drops of blood, as they must have sprayed across the walls with each fresh assault. The room must have looked like a Jackson Pollock canvas, splattered in various hues of reds and browns as the blood dried. That visual did the trick of interrupting my obsession with the storm.

She suddenly sprang to her feet, almost dazed, glanced at the floor, and then at me.

“And, Abby, she said that the puddle of blood looked like an oil slick. It was so widespread that when she tried to stand, she slipped in it and bashed her head against a table. Slipped… In… His… Blood…”

“Oh, for the love of God, enough.” I raised my hand for her to stop. I had reached my limit.

She dropped back into the chair and took a deep breath.

“Okay, take a minute, and let’s walk through this. Did you see any signs of an injury to her head to corroborate the story?” I asked, determined to debunk this lunatic’s musings.

“Yes. Well… she had a bandage across the corner of her forehead. Whether there was an injury there or it was for show, I don’t know. However, she never came to the office before with even a Band-Aid.”

“Okay, I’ll take that as a ‘we don’t know the answer. It could be a prop.’ Next. From what you’ve said in the past, she is a lightweight, like, what, one hundred ten pounds? And isn’t he a gym rat? Wasn’t one of her stories that he abused steroids, and during his rages, he punched enormous holes in the walls and left it to her to spackle and repaint? Realistically, how could she get the jump on this guy?” I asked, thinking I had plugged the last hole. 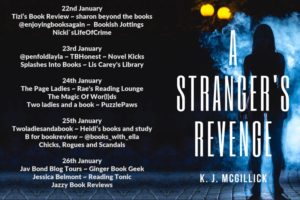 “I thought of that as well. According to her, she spiked his drink with her Xanax and waited for him to doze off. Then, when he face-planted on the table, she pushed him to the floor and went for his throat and then the lower chest. And can you believe it? She told me it disappointed her he didn’t struggle more.”

If Maura bit her lip any harder, she would soon draw blood.

“What a freaking mess! Look how skillfully she has maneuvered you between a rock and a hard place. If you call the police and it’s all an elaborate figment of her imagination, she could hit you with a malpractice suit for betraying her confidence. But if you don’t report it, well, a man might still be clinging to his life somewhere, and a phone call may save his life. God, I hate Clarisse!” I yelled and raised my fist to the ceiling.

Maura’s beautiful mahogany-colored skin paled as she bent over to take some deep breaths. I had never known her to take things so personally. I’m sure many of her patients were just as disturbed as Clarisse. But this woman had burrowed her way under Maura’s skin.

“Abby, I know she did it. Today, she was a different person. Not scattered, but cool… almost grounded in reality. Was this my fault? Did I miss some clues? I have to believe she used the medication I prescribed for her to sedate him. Does this make me an accomplice?”

Suddenly, a roar of thunder interrupted my thoughts. Under siege by nature, my mind blanked. Why could I not remember who shot me? Or even what my parents looked like. God, what was it she asked? 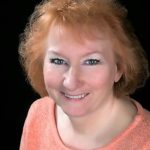 Kathleen McGillick is an attorney by education and writes mainly suspense and thriller novels.

She earned a B.S.N. from the University of Miami, and an M.S. from Adelphi University, after which she practiced nursing for seventeen years. In 1994, while working as a Registered Nurse, she earned a Juris Doctorate from the John Marshall School of Law in Atlanta, Georgia. Her solo law practice in which she specialized in Family Law for twenty-seven years, centered on meeting the needs of women and children.

While practicing law, she turned to novel writing and has self-published ten novels that have recurring themes of legal intrigue and stolen art. As an avid international traveler, she incorporates many of the places she has traveled into the settings of her books. For the last fifteen years, she has immersed herself in the study of art history and the intrigue of crimes related to fakes and forgeries which she weaves into her character-driven complex plots.

Born and raised in New York, she now resides in a suburb of Atlanta, Georgia. Kathleen is a grandmother of two teenage grandchildren and a mother to four fur babies.

Click to buy A Stranger’s Revenge on Amazon UK and Amazon US.