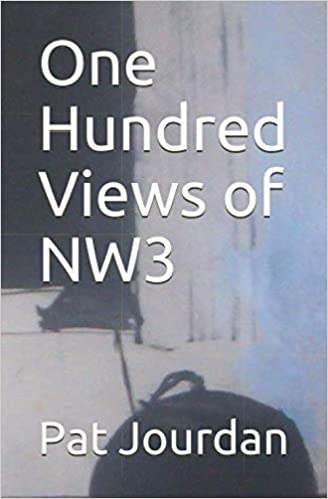 At this point two events happened at once. A figure descended the stairs, Alastair Burnet, the newscaster from ITV. It was surreal to see a television star actually appear in real life,

“Good God, I’ve never seen him as a person with real legs.” Harry joked. “And that over there’s a really expensive tweed jacket. Must be worth as much as one of any of these sculpture bits.” Gloria could not stop staring at the TV announcer, trying to reconcile real life with image. Everyone, in fact, stared. But at the same instant Fred got into an argument with a collector about his method of taking everyday objects and claiming they were his own creations. He took a wild swing at one of the guests, and missing, toppled over one of his sculptures. 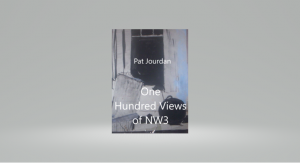 Then as if set in motion, he dashed around the gallery yelling and throwing his pieces to the floor, followed by the gallery owner shouting at him and attempting to rescue them. The beautiful Spaniard grabbed the Crucifixion that he was after and stuffed it up his wide duffel-coat sleeve to save it from the mass destruction.   Anna, the girlfriend, asked to cool Fred down by the gallery owner, was brushed aside as Fred continued his rampage. She staggered and backed against one of the plinths, and a Head of a New Dictator fell to the floor and shattered. It had been merely plaster, with an imitation bronze varnish finish giving it an authentic sheen. The TV presenter surveyed the damage and calmly climbed the stairs and escaped. By now Fred wanted to challenge everyone and anyone and people were cornered in various groups round the room, trying discreetly to make for the exit like the famous TV presenter.

One of the gallery staff wandered round trying to set the sculptures back on their plinths but several had broken apart and pieces were rolling round the floor. Fred tripped over and fell too, still thrashing around. As a piece of theatre it could not have been bettered.

“It’s getting boring now,” Harry said, “and if we don’t get out now, you know we’re the ones who’ll be landed with him for the rest of the night.” Even Gloria, ever quick to follow the Liverpool label, agreed and Stella went off with them, as Fred staggered back onto his feet and continued whirling about, spectacularly destroying all his work. It was a disaster area. The few pieces that had looked like traditional sculptured heads turned out not to be bronze at all. They had shattered as they fell, showing that they were merely made out of plaster with a coating of bronze paint making them look authentic. Surreal bits of heads rolled round on the floor creating further hazards. Scared art-lovers tripped over the scattered remnants and fallen plinths.

The escaping guests regrouped on the pavement outside complaining and upset and the Spanish man with the soulful eyes produced the Crucifixion sculpture from his wide duffel coat and held it up. It shone under the street lights.

“It’s all right, I’ve paid for it,” he said, waving it about. “I made a cheque out to the gallery,” as he went off towards Charing Cross Road with his friend.

“But at least he’s saved one of the pieces of sculpture after all,” Harry pointed out. “And at the rate old Fred’s going on down there, that lad’s probably got the only surviving proof of Fred’s work. It might be really valuable in no time at all.” They watched the only extant piece of Fred’s work left in private hands disappear into the distance. 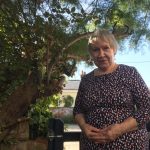 Pat Jourdan trained as a painter at Liverpool College of Art -some of her paintings can be seen on Saatchi.com. Always balancing writing with painting, she has won the Molly Keane Short Story Award, second in the Michael McLaverty Short Story Award, and various other prizes. One Hundred Views of NW3 is her fourth novel.

“ I am used to producing a painting from start to finish and self-publishing gives the same creative possibility. It has the same excitement, the change from private to public.”

Say hello to Pat via Facebook, Goodreads or her blog.

Click to view One Hundred Views of NW3 on Amazon UK and Amazon US.