Book Review: A Question of Country by Sue Parritt 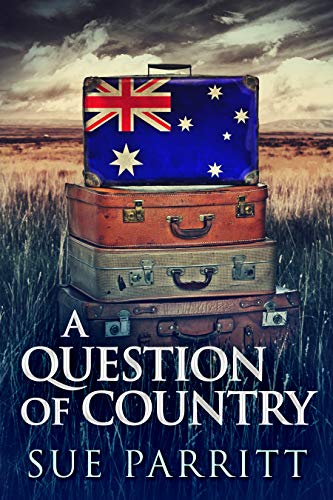 Young and idealistic, Anna falls passionately in love with their adopted land. Seven months later, an unexpected event causes their life to take a stressful turn.

Years pass, and Anna retreats to a fictional world she has created. But when a different challenge presents itself, does she have the courage to take the risk… or will she take refuge in fantasy?

A Question of Country begins on Christmas Eve, 1969. Newlyweds Anna and Joseph receive a letter from Australia House and they are soon off to begin their new life in Brisbane.

Life isn’t as easy as the idealistic couple imagine and Anna finds herself retreating into a clandestine fiction world.

When opportunity arises, will she be courageous enough to take the risk or remain in her fantasy world.

It was so easy as a reader to get caught up in the enthusiasm Anna and Joseph feel when they embark on their new life in Australia that I quickly became invested in their story.

I found the setting and atmosphere in this novel intriguing and one of my favourite elements. The author gives us an insight into what life was like in 1970’s Brisbane, especially for the women.

The plot and themes focus on Anna and Joseph as a couple but in my opinion, it’s also about Anna and her finding her own identity in a time where women were still expected to uphold traditional family values. I feel it’s something a lot of women can empathise with. 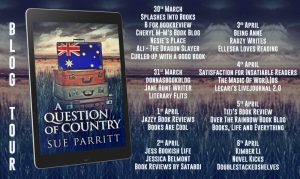 I felt for Anna all the way through as she struggles against motherhood and ambition to make something of her life beyond being a mother; a theme that is still relevant today I think.

This novel is a slow burner for sure but I didn’t find it dragged at all. The characters drive the plot and they do it very well.

This is a thought-provoking, character-led novel that gives us a fascinating insight into 1970’s life and expected ideals. A great book to add to your reading list. 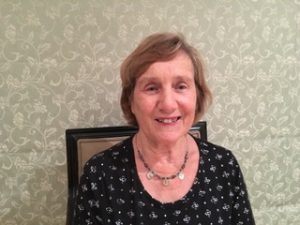 Originally from England, Sue worked in university libraries until taking early retirement in 2008 to concentrate on creative writing. Since then she has written short stories, articles, poetry, a short TV drama script and seven novels:

Chrysalis, the story of a perceptive girl growing up in a Quaker family in swinging sixties’ Britain. Morning Star Press, 2017

Re-Navigation recounts a life turned upside down when forty-year old Julia journeys from the sanctuary of middle-class Australian suburbia to undertake a retreat at a college located on an isolated Welsh island. Creativia Publishing, 2019.

Feed Thy Enemy, based on Sue’s father’s experiences, is an account of courage and compassion in the face of trauma as a British airman embarks on a plan that risks all to feed a starving, war-stricken family. Creativia Publishing, 2019.

A Question of Country explores the migrant experience through the protagonist’s lifelong search for meaningful identity. Next Chapter (formerly Creativia Publishing), 2020.

Sue’s current project, working title: Twenty-eight Days, first in The Doorkeeper series, is set in Southern Australia in 2100. It deals with overpopulation and extended life expectancy in an increasingly climate-challenged world and the inhumane solutions adopted by a government determined to rid Australia of unproductive citizens.

Passionate about peace and social justice issues, Sue’s goal as a fiction writer is to continue writing novels that address topics such as climate change, the effects of war, the treatment of refugees, feminism and racism.  Sue intends to keep on writing for as long as possible, believing the extensive life experiences of older writers can be employed to engage readers of all ages.

A Question of Country is available to buy now. Click to view on Amazon UK.