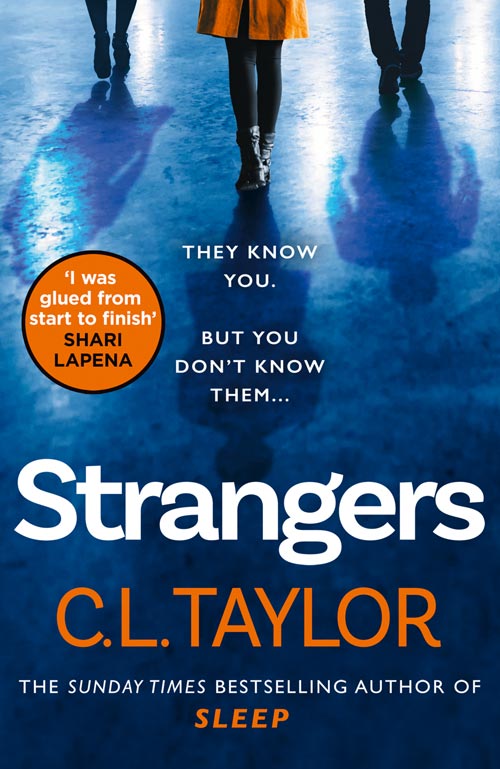 Hello to C.L. Taylor. She’s here with the blog tour for her new novel, Strangers.

Ursula, Gareth and Alice have never met before.

Ursula thinks she killed the love of her life.
Gareth’s been receiving strange postcards.
And Alice is being stalked.

None of them are used to relying on others – but when the three strangers’ lives unexpectedly collide, there’s only one thing for it: they have to stick together. Otherwise, one of them will die.

I have become such a big fan of C.L. Taylor’s books so I was excited to be involved in the blog tour for her latest book, Strangers.

Alice is being stalked and this thought becomes more terrifying by the moment. Even a new man doesn’t make things better.

Ursula used to be a teacher but, after losing her boyfriend, she is carrying around so much guilt. She is now a courier, just trying to get through each day. 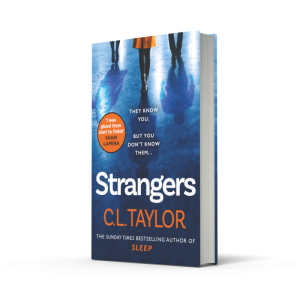 Gareth is a security guard in a shopping centre. He cares for his elderly mother who is suffering from dementia. When he begins to find postcards from someone he thought was long gone, it becomes a worry.

C.L. Taylor is one of my favourite authors of psychological thrillers and this book didn’t disappoint. It plays mind games with the reader.

Strangers does take a while to build in terms of pace. It is told from the point of view of Alice, Ursula and Gareth and yes, because of this, it does jump around a little. The stories all seem disconnected but that is the genius of this book. I spent the whole book wanting to turn the page to find out what was going to happen to these three people and how they were going to end up all together by the end – an end I didn’t see coming. It was plotted and developed well.

Each main character had something I liked about them. Alice is trying to do right by her daughter. Gareth is trying to do the same for his mother. Ursula is a little bit of an enigma but you can immediately tell that she’s caring and has many layers to her. I think I found her story the most intriguing actually. The subject of her mental health and effects of untreated trauma is explored with her and I feel this is done well. 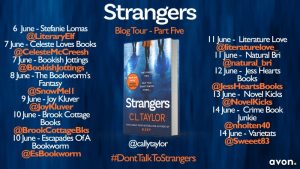 Above all, I loved how normal and relatable these three people felt.

As with other books, I could really imagine Strangers as a TV show. The setting and description was so vivid, I felt as though I was in Bristol, experiencing the events with the characters, even though I have never been to Bristol.

I am not sure what else I can say without giving it away which I don’t want to do. If you’re looking for a compelling, intriguing, engrossing novel, I hope you give Strangers a go.

I am looking forward to what C.L. Taylor does next. 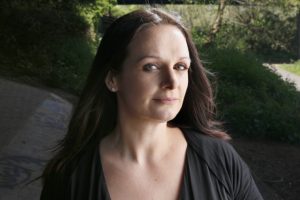 She has also written two Young Adult thrillers, THE TREATMENT, which was published by HarperCollins HQ and THE ISLAND, which will be published in January 2021.

Cally Taylor was born in Worcester and spent her early years living in various army camps in the UK and Germany. She studied Psychology at the University of Northumbria and went on forge a career in instructional design and e-Learning before leaving to write full time in 2014. She lives in Bristol with her partner and son.

Strangers was released by Avon on 2nd April. Click to view on Amazon UK.