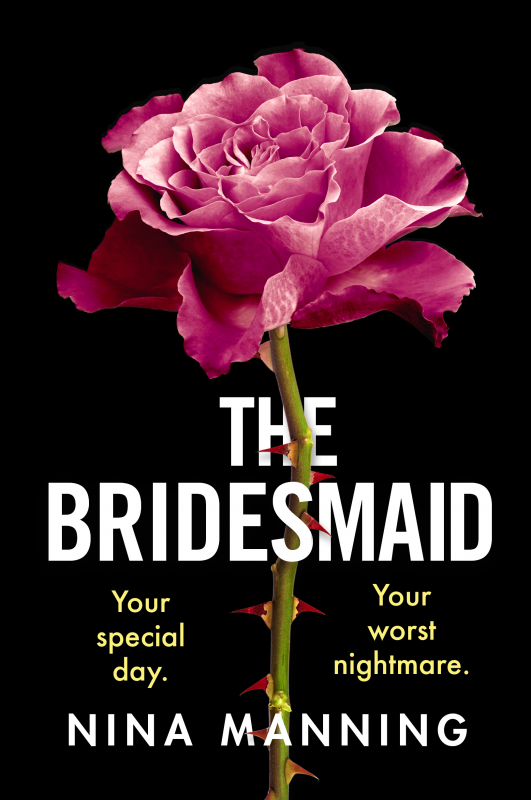 ‘Promise me? If you hear any secrets, never tell me. That would make you a most treasured friend. More than a friend really. You’re almost like a sister to me…’

From the moment they met as children, Sasha knew that beautiful, wealthy, and confident Caitlin would always be her absolute best friend.  Sasha would do anything to make Caitlin happy.

Even keep her darkest secrets…

The years have passed, but their friendship remains.  And when Caitlin announces she’s getting married there is only one choice for the role of bridesmaid.

Sasha will make sure Caitlin’s wedding is as beautiful and perfect as she is.  Won’t she?

Could the secrets that once bound these two friends, rip them apart for good?

When Caitlin announces that she’s getting married, Sasha is the choice of Bridesmaid. However, secrets that have been buried for years are just bubbling below the surface and Sasha doesn’t know how much longer she can keep things to herself.

When I read the blurb for this novel, it sounded right up my street and I couldn’t wait to get started. It is a slow burner to begin with. I think this sort of start adds to the tension and pulls you right in.

Caitlin and Sasha’s relationship was one I found both fascinating and frustrating in equal measure. They are a good example of how two people, who wouldn’t have chosen each other otherwise, are thrown together as friends simply because they were in the same place at the same time. Even though they are supposed to be friends, social status, class and background play huge parts, even when they reach adulthood. 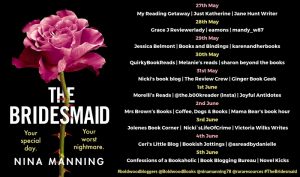 The book is set in the months leading up to the wedding and also, through a series of flashbacks, detailing the girl’s childhood. Although it does jump around, I really liked how it was structured. It all added to the tension that is not only building in the plot but between the characters. I kept saying to myself ‘one more chapter’ and this led to me reading into the early hours. I needed and wanted to know what happened.

I really liked the fact that part of the novel was based in Dorset. Being from that county, I could really imagine myself in this novel. Saxby House is described so well that it almost becomes its own character and it really built the suspense.

There is not much else I can say without spoiling the story and I really hope you give this novel a read.

The Bridesmaid is a compelling, intriguing psychological thriller that really gets under your skin. I loved it.

Thank you to Boldwood Books, Netgalley and Nina for the review copy in exchange for an honest review. 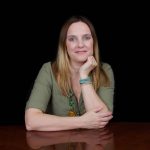 Nina Manning studied psychology and was a restaurant-owner and private chef (including to members of the royal family). She is the founder and co-host of Sniffing The Pages, a book review podcast. Her debut psychological thriller, The Daughter in Law, was a bestseller in the UK, US, Australia and Canada. She lives in Dorset.

The bridesmaid was released by Boldwood Books on 27th may 2021. Click to view on Amazon UK.