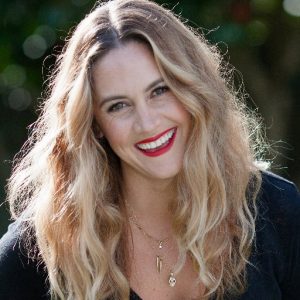 How Not To Fall In Love Actually is the brilliant debut novel from Catherine Bennetto.

Emma has a job in television which is distinctly less glamorous and exciting than it sounds. She’s managed to claw her way up the ranks from Tea-Maker and Rubbish-Collector to 2nd Assistant Director (heavy on the ‘assistant’. Even heavier on the ‘2nd’).

Luckily she’s also accidentally the heir to a lovely cottage in Wimbledon, with a crazy Doberman-owning octogenarian as a neighbour and a rather sexy guy as an accidental tenant. But this baby is coming whether she likes it or not, and she needs to become the sort of person who can look after herself let alone another human being – and quickly.

Catherine shares with us today her top ten alternative romantic novels. Over to you Catherine…

I’ve not seen the movie but you’d have to be living under a rock in Snezhnegorsk (Russia) to not know Jake Gyllenhaal and Heath Ledger played the main characters. And regardless of sexual orientation you’d be a fool, A FOOL I SAY, to turn either one of them down. Sadly, the written characters are much less lust worthily depicted…. But it’s a fabulous story with unique characters and a satisfyingly heart-wrenching conclusion. 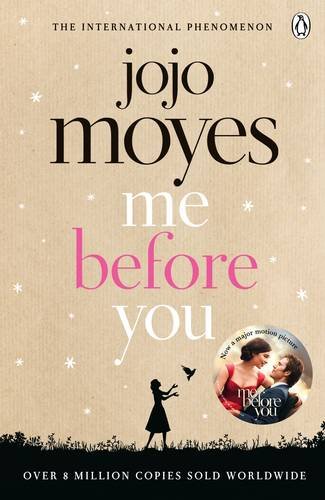 This book was so fascinating I read it in one day. A romance develops between two unlikely characters: Louisa; who is relatively normal, and Will, completely paralyzed, wholly dependant and with a very genuine, and not unwarranted, death wish. And oh how I wanted it to work out in the end! Couldn’t he just miraculously recover? But I’d have liked the story less and would have called it unrealistic and twee. So die he must, be sad she was, and cry I did.

Instead of the typical mid 20’s heroine working in advertising and wearing amazing shoes, meet Bridget; thirty-something with an average woman’s body and an average woman’s job, bumbling around London in big pants trying to hook up with the bad guy while accidentally falling in love with the geek guy. It was a refreshing change to the romantic comedy trope and I (along with scores of others) adored ridiculous, kind, forever-willing-to-dust-off-and-try-again Bridget.

Low I.Q. Forrest falls in love with emotionally damaged Jenny. I saw the movie and didn’t read the novel. But it is one – I googled it.  And you may be interested to know that there’s a sequel. It’s called Gump & Co. and is about Forrest in the 80’s. I’m sure he probably came up with the lyrics to ‘Funky Town’ or invented bubble skirts or something. I do hope he finds enduring love in the end. Will find out….

Falling in love and sustaining a relationship over various time zones is certainly an uncommon romance narrative. How the novelist managed to hold together this incredible plot with all its variables astounds me. It’s a tragic yet touching love story. And if, after reading the novel, you feel like watching the movie you get to see Eric Bana in the nuddy. Yay for movie adaptations! 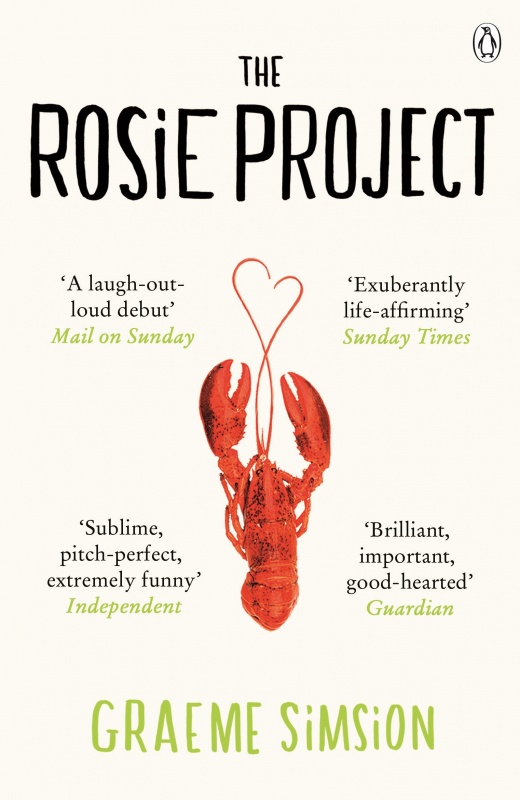 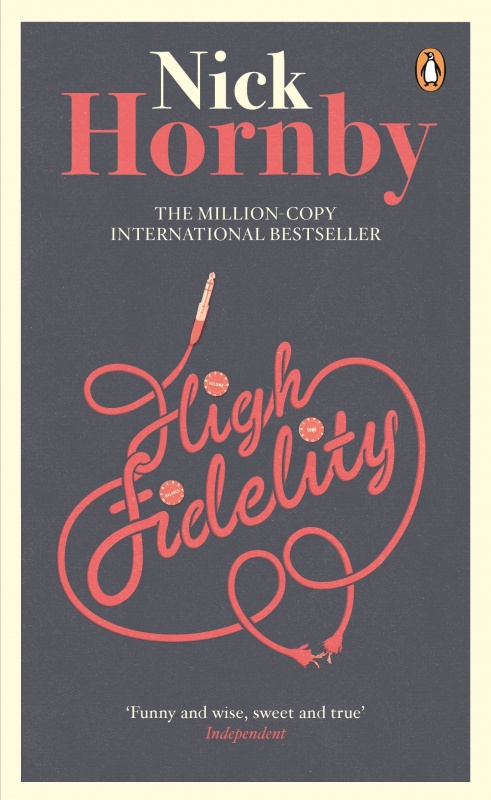 Don (who potentially has undiagnosed Asperger’s Syndrome) decides he needs a wife. While conducting interviews for possible candidates he meets Rosie and decides she’s the right girl for the position. I adored Don’s way of looking at life. He saw things in their simplified state. And then complicated the hell out of them. A book I was sad to finish.

Immature, yet loveable (in my opinion), music storeowner Rob, loses his lawyer girlfriend, Laura, to their noisy-sex-making neighbour. Then goes a little mental while hoping to win her back. Or not. He sometimes can’t decide… It’s hilarious! And weirdly romantic.

JUST HAVEN’T MET YOU YET

Percy James is about to move in with her sensible boyfriend, Adam, when a company contacts her claiming to have located her soul mate using a high-tech algorithm. Another book I devoured in a day. I’d like a Milo for myself please. (The man not the drink. Oh go on then, I’ll take the drink too.) 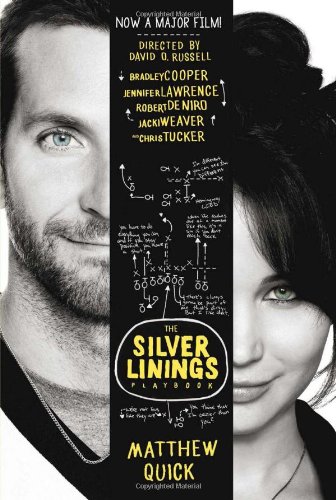 Another fantastic book and movie I didn’t watch. Pat suffers memory loss and doesn’t know why he’s not with his wife anymore. While trying out a spot of self-improvement (in order to win back his wife) he meets Tiffany, an unusual girl who borders on stalker-ish. He likes to run; she runs after him. But then these two intriguing weirdos fall in love. I liked it so much I took the book to my husband’s work Christmas picnic (southern hemisphere at the time), tucked myself in a shady spot with a hat, a hotdog and a hangover and ignored my husband’s pleas to be marginally social.

Yep, I’m cheating. What are you going to do about it? Come to my house? Actually why don’t you – it’s a lonely life being a writer and I could do with a break…

Anyway, Frozen is not a novel. But listen, somebody had to the write the script didn’t they? The process is the same so lets not squabble over semantics.  Also technically it’s about love not romance but it’s my favourite love story ever so I’m damn well going to include it.  The unwavering love Anna has for Elsa is perfection. And how awesome that it’s not ‘Prince Charming’ saving Anna from becoming frozen forever? No thank you, we don’t need your man-hero love. We need strong, unbreakable sister-heroine love. 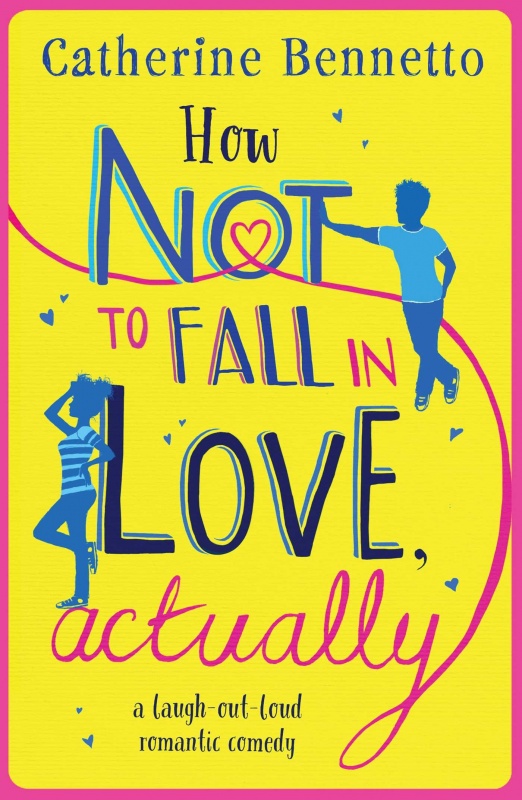 My verdict on How Not To Fall In Love Actually:

Emma has a job in TV working on a soap opera. However, she quickly finds herself homeless, jobless and pregnant.
She luckily inherits a cottage. She has a mad neighbour with a grumpy dog and ends up with an unexpected but rather sexy lodger.

The baby is going to arrive whether she likes it or not. She has to learn to look after herself so she can look after the baby.

Emma is a wonderful character. I want to be her friend immediately. Despite her circumstances, she remains strong and tries to keep a sense of humour throughout it all.

The other characters compliment her very well. Her mum is a pain but strangely endearing.  Ned I just wanted to throw something at.

There is such a natural interaction between them all. I loved it.

This book had me laughing out loud so much. Pretty much all the way through in fact. Catherine has such a gift for humour.

This is the type of romantic comedy I wish I had the talent to write.

There were twists and turns. I couldn’t figure out how it was going to end.

It was easy to lose track of time when reading this. I am looking forward to reading more from Catherine Bennetto.

(How Not To Fall In Love, Actually by Catherine Bennetto is published by Simon & Schuster on 26th January, priced £7.99) 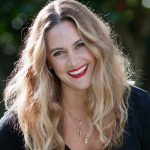 Catherine Bennetto has worked as an Assistant Director in the film and television industry, working on shows such as The Bill, Coronation Street and Death in Paradise. She can generally be found travelling the world and spends her time reading healthy cookbooks (not necessarily cooking from them) or at the beach. How Not to Fall in Love, Actually is her first novel.