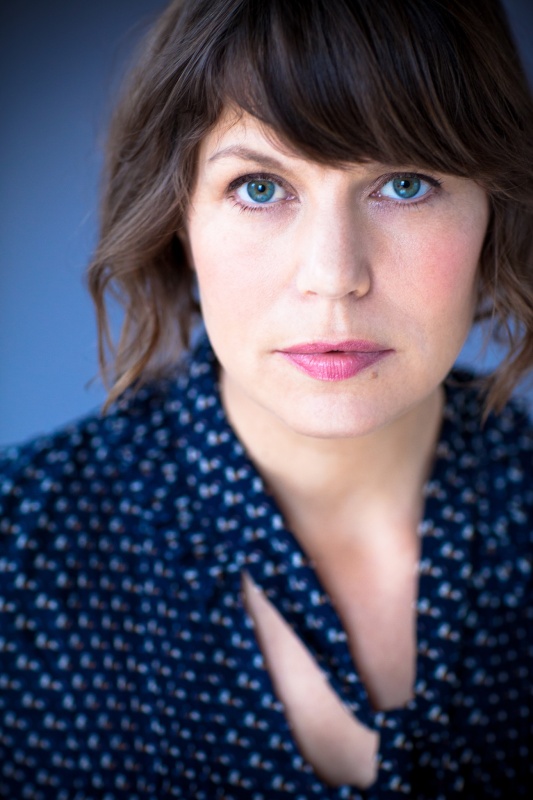 A huge massive hello to e. lockhart (Emily) who is joining me today. Her new novel, Genuine Fraud was released by Hot Key Books on 5th September.

Imogen is a runaway heiress, an orphan, a cook, and a cheat.

Jule is a fighter, a social chameleon, and an athlete.

An intense friendship. A disappearance. A murder, or maybe two.

A bad romance, or maybe three.

A girl who refuses to give people what they want from her.

A girl who refuses to be the person she once was.

Welcome to Novel Kicks. I am so excited to have you as our guest today. What is your typical writing day like?

Thanks for having me! I sit down to work around 8:30 in my home office. The cat sits with me. Then I fret and bleed and feel sick and feel impressed with myself and despair and have flashes of inspiration.

Your new book is called Genuine Fraud. What is the premise and what inspired it?

It’s about two young women who look enough alike to share a passport. It was inspired by various superhero origin stories, the Patricia Highsmith novel The Talented Mr. Ripley, Victorian orphan stories including Vanity Fair and Great Expectations, action hero movies and my desire to write a feminist antiheroine story. Its a story that’s in conversation with all of those. And it’s a tale told backwards. 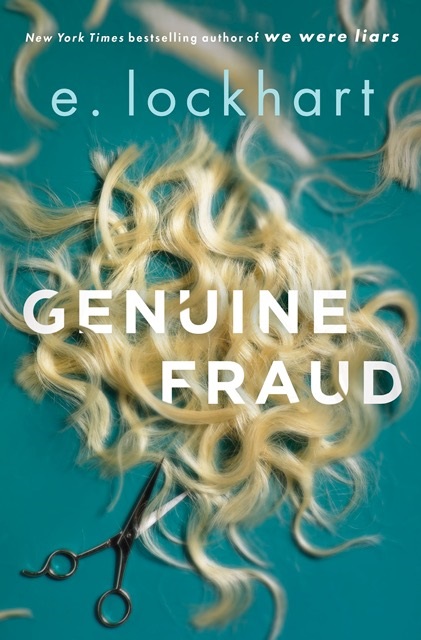 What are the challenges of writing a young adult novel?

YA readers love their books passionately, and tolerate neither bulls—t nor boredom. That’s an exacting and super-responsive audience to have.

What elements do you feel are important?

I try to get the inside of my head onto the page in the shape of a story that will be entertaining and emotional to read. I try to offer my brain up to the reader.

How do you approach the editing process?

The editor pushes me to be my best self. She pushes really hard and I can’t say I enjoy it. I revise my books about twenty times. Maybe more.

What is your process like when starting a novel (from idea to final draft,) and has it changed since writing your first book?

With Genuine Fraud, because it is told backwards, I had to lay the plot out ahead of time. Then I wrote the book from the last chapter to the first — in reverse order to how people will experience it. But after that came the twenty revisions.

What do you do to keep motivation going?

I need to write in order to support my family. But I do love to tell stories.

Do you have any writing rituals – coffee? Silence? Morning? Afternoon?

I am partial to dumpling. It is delightful to say and to eat!

Say that you’re writing a book which combines three well known fictional characters. Which three would you pick and why?

The Joker from Batman comics, because I am fascinated by his theatricality and the way he questions the binary of sanity and insanity. Miss Havisham from Great Expectations, for the same reason. Then I might need Sherlock Holmes, to bring the two of them to justice. But since it’s my novel, he will probably fail.

The best and most challenging things about being a writer?

The best is the joy of making and creating as a way of life. The worst is the erratic income.

What advice do you have for someone who is thinking of writing a book but not sure where to begin.

You needn’t begin at the beginning. You needn’t write chronologically at all.

EL: Thanks so much for the fun questions!
Me: Thank you for joining me. 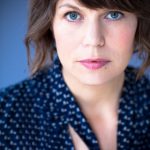 e. lockhart wrote the New York Times bestseller We Were Liars which was released to critical acclaim in 2014. Her other books include Fly on the Wall, Dramarama, The Disreputable History of Frankie Landau-Banks and the Ruby Oliver Quartet, which includes: The Boyfriend List, The Boy Book, The Treasure Map of Boys, and Real Live Boyfriends.

Genuine Fraud was released on 5th September by Hot Key Books. It’s available in most bookshops in the UK. Click here to view on Amazon. 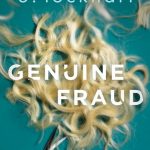 Thanks to Hot Key Books and e.lockhart, we’ve got an extract from Genuine Fraud. Enjoy!

It was a bloody great hotel.

The minibar in Jule’s room stocked potato chips and four different chocolate bars. The bathtub had bubble jets. There was an endless supply of fat towels and liquid gardenia soap. In the lobby, an elderly gentleman played Gershwin on a grand piano at four each afternoon. You could get hot clay skin treatments, if you didn’t mind strangers touching you. Jule’s skin smelled like chlorine all day.

The Playa Grande Resort in Baja had white curtains, white tile, white carpets, and explosions of lush white flow-ers. The staff members were nurselike in their white cotton garments. Jule had been alone at the hotel for nearly four weeks now. She was eighteen years old.

This morning, she was running in the Playa Grande gym. She wore custom sea- green shoes with navy laces. She ran without music. She had been doing intervals for nearly an hour when a woman stepped onto the treadmill next to her.

This woman was younger than thirty. Her black hair was in a tight ponytail, slicked with hair spray. She had big arms and a solid torso, light brown skin, and a dusting of powdery blush on her cheeks. Her shoes were down at the heels and spattered with old mud.

No one else was in the gym.

Jule slowed to a walk, figuring to leave in a minute. She liked privacy, and she was pretty much done, anyway.

“You training?” the woman asked. She gestured at Jules’s digital readout. “Like, for a marathon or something?”

The accent was Mexican American. She was probably a New Yorker raised in a Spanish- speaking neighborhood.

“I ran track in secondary school. That’s all.” Jule’s own speech was clipped, what the British call BBC English.

The woman gave her a penetrating look. “I like your accent,” she said. “Where you from?”

“New York.” The woman pointed to herself.

Jule stepped off the treadmill to stretch her quads.

“I’m here alone,” the woman confided after a moment.

“Got in last night. I booked this hotel at the last minute. You been here long?”

“It’s never long enough,” said Jule, “at a place like this.”

“So what do you recommend? At the Playa Grande?”

Jule didn’t often talk to other hotel guests, but she saw no harm in answering. “Go on the snorkel tour,” she said. “I saw a bloody huge moray eel.”

“The guide tempted it with fish guts he had in a plastic milk jug. The eel swam out from the rocks. She must have been eight feet long. Bright green.”

“You could skip it. If you scare easy.”The woman laughed.

“Get the chocolate cake.”

“Good to know. You traveling alone?”

“My dad’s crazy sick,” the woman said, talking to Jule’s back. “I’ve been looking after him for a long time.”

A stab of sympathy. Jule stopped and turned.

“Every morning and every night after work, I’m with him,” the woman went on. “Now he’s finally stable, and I wanted to get away so badly I didn’t think about the price tag. I’m blowing a lot of cash here I shouldn’t blow.”

“What’s your father got?”

“MS,” said the woman. “Multiple sclerosis? And demen-tia. He used to be the head of our family. Very macho. Strong in all his opinions. Now he’s a twisted body in a bed. He doesn’t even know where he is half the time. He’s, like, ask-ing me if I’m the waitress.”

“I’m scared I’m gonna lose him and I hate being with him, both at the same time. And when he’s dead and I’m an or-phan, I know I’m going to be sorry I took this trip away from him, d’you know?”

The woman stopped running and put her feet on either side of the treadmill. She wiped her eyes with the back of her hand. “Sorry. Too much information.”

“You go on. Go shower or whatever. Maybe I’ll see you around later.”

The woman pushed up the arms of her long- sleeved shirt and turned to the digital readout of her treadmill.

A scar wound down her right forearm, jagged, like from a knife, not clean like from an operation. There was a story there.

“Listen, do you like to play trivia?” Jule asked, against her better judgment.

“They run it every other night in the lounge downstairs,” said Jule. “It’s pretty much rubbish. You wanna go?”

“What kind of rubbish?”

“Good,” said Jule. “We’ll kill it. You’ll be glad you took a vacation. I’m strong on superheroes, spy movies, YouTubers, fitness, money, makeup, and Victorian writers. What about you?”

“Yeah, whatever.” Jule felt her face flush. It suddenly seemed an odd set of things to be interested in.

“All right, then,” said Jule. “It starts at eight o’clock in that lounge off the main lobby. The bar with sofas.”
“Eight o’clock. You’re on.” The woman walked over and extended her hand. “What’s your name again? I’m Noa.”Jule shook it. “I didn’t tell you my name,” she said. “But it’s Imogen.”